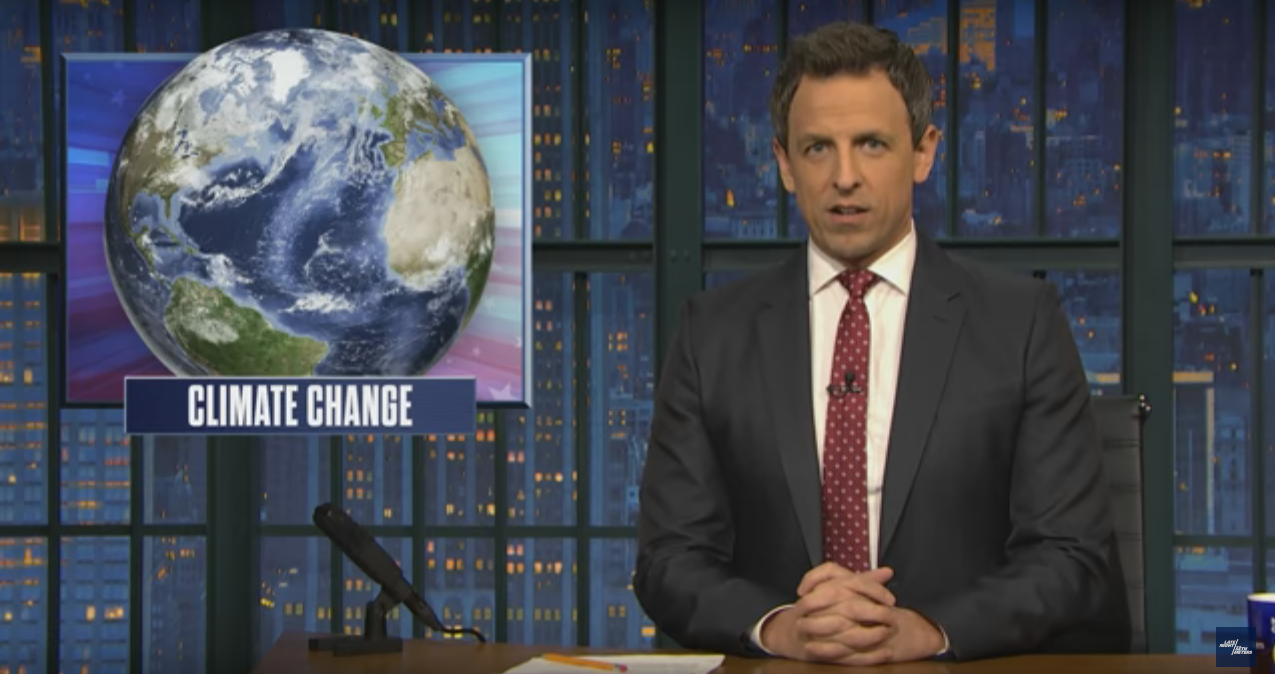 In the middle of Rick Perry nominated to lead department he wanted to eliminate but couldn't name, I noted that I should have been more upset.


I should be more appalled at what Perry's policies are likely to do to the environment, but I can't help but laugh at the sheer irony of Perry as Energy Secretary.  Given what the rest of Trump's Cabinet of Deplorables looks like, Perry looks relatively reasonable, if in a conventionally awful way.

Last night, Seth Meyers examined more of Trump's Cabinet of Deplorables and their effect on the enviroment in What Trump's Presidency Means for Climate Change: A Closer Look.

Seth takes a closer look at the affect [effect] Donald Trump's cabinet picks might have on climate change.

Of course Meyers made fun of Rick Perry, as quoted by The Huffington Post.


Citing a Daily Beast story, Meyers noted that while in college Perry apparently got two C grades, a D and an F in chemistry, a C in physics, and a D in “Meat.”

No, he's an Aggie, one who lives down to the stereotype lampooned in Aggie jokes.*

As I wrote, a Cabinet of Deplorables.  As for Trump himself...

I might have more on Trump and Putin's Bad Bromance in tomorrow's celebration of Festivus.  It's perfect for an airing of grievances.  Stay tuned.

*I first became acquainted with my ex-wife by telling Aggie jokes.  She went to the University of Texas, so she had lots of them.  The odd thing is that, other than Perry, all of the Texas A&M alums I've met were nice, intelligent people who didn't deserve the jokes told about them.  Perry does, though, so expect me to tell Aggie jokes from now on when I write about him.
Posted by Pinku-Sensei at 2:14 PM