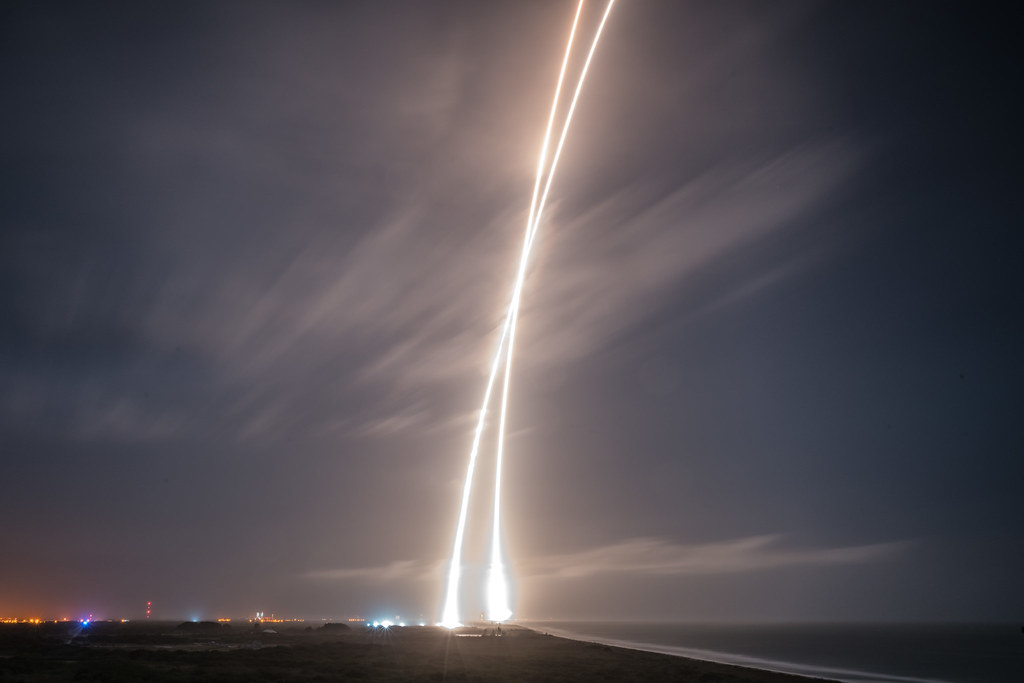 I've written before about Elon Musk and SpaceX's plan to colonize Mars and take tourists around Earth's moon.  Key to making both of those happen is being able to reuse at least the first stage of the Falcon rockets SpaceX manufactures and uses for space launches.  Last week, that occurred for the first time, as NTDTV reported in SpaceX reusable rocket completes second space flight and landing.

SpaceX has achieved an industry first. The company sent the same rocket up to space for the second time.

While I'm still skeptical Musk and SpaceX can achieve their goals in the time frame they have set for themselves, I am rooting for them nonetheless.  Here's to them proving me wrong.
Posted by Pinku-Sensei at 12:00 AM