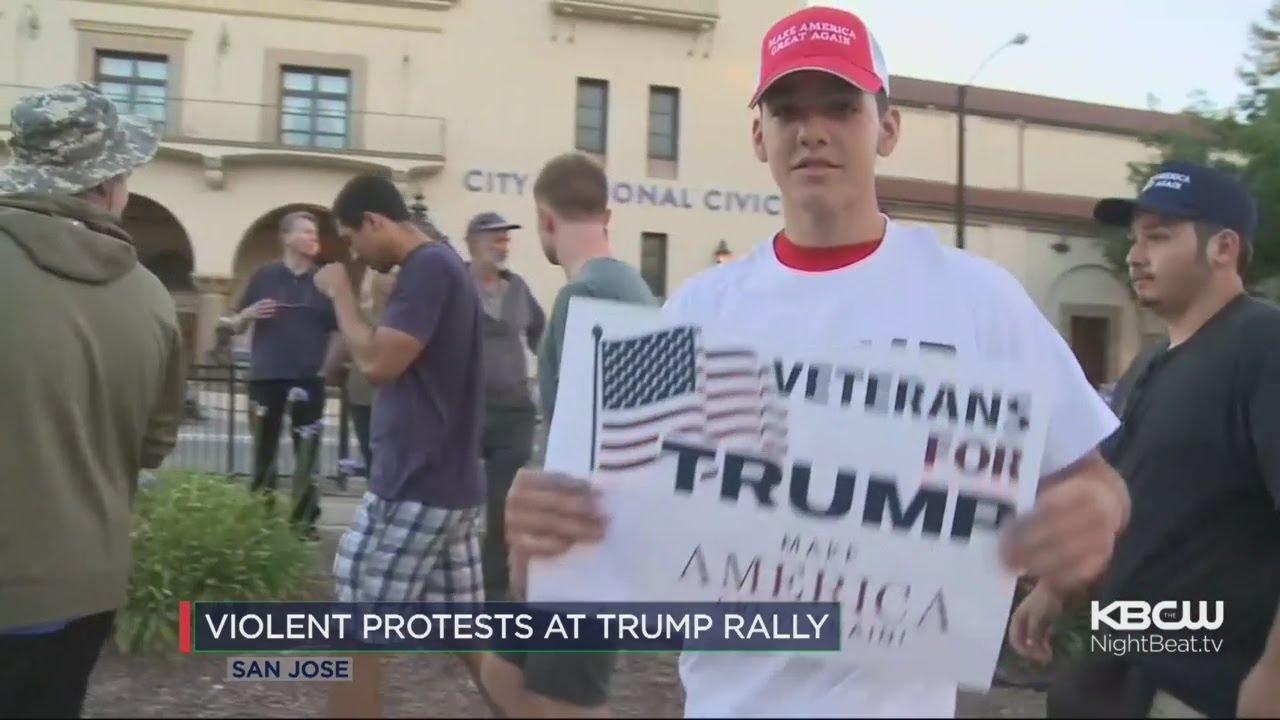 Happy Flashback Friday!  I promised "a retrospective about the rest of last year's top election entries" in Climate change for the sixth year of Crazy Eddie's Motie News and today is the perfect opportunity to follow through.

The sixteenth most read entry of the blogging year just ended was 1968 has arrived with a Weimar moment in San Jose from June 4, 2016 with 2488 page views according to the raw counter.  I'll be a good environmentalist and recycle the story of its first month from June's stats and top posts.


The winner of the best new entry award for June 2016 was "1968 has arrived with a Weimar moment in San Jose" from Jun 4, 2016.  I shared it at both the Coffee Party Facebook page and Kunstler's blog, attracting 2355 page views to the entry (2378 according to the raw counter), placing it first for June's entries and second overall.  Linking at the Coffee Party Facebook page helped the blog earn 2209 page views in 24 hours, 611 in the first hour after the link was posted.  The post is now in seventh place on the all-time top ten list, having knocked "Colbert explains the climate deal and says goodbye to oil" out.

Here's what I wrote about the entry in a comment to Kunstler's Nausea Rising.


Two weeks ago saw 1968 arrive with a Weimar moment in San Jose.  While I understand the protestors' fear and anger, as they see Trump posing an existential threat, I think violent protests will be counterproductive to their cause, which is stopping Trump.  Fortunately for them and the rest of the anti-Trump forces, Trump himself is busy pissing off all the wrong people, ranging from the judge in the Trump University case to the Executive Editor of the Washington Post, who was the editor of the Boston Globe featured in "Spotlight."  Never pick a fight with someone who buys ink by the barrel.

I could have included this post in the upcoming retrospective about the resistance, but technically those don't start until after the election.

The entry remained in the all-time top ten for four months until Newspaper endorsements roll in while comedians laugh at Gary Johnson knocked it out, a story told in Minor parties for the sixth year of Crazy Eddie's Motie News.  Sic transit gloria mundi.

Follow over the jump for another post about the election that didn't fit in any other category.

Last year, I had an entire retrospective devoted  to drinking to the candidates in the primaries.  This year, I only had one entry on that topic make the top forty. Drinking games and drinks for the Vice Presidential Debate from October 2, 2016 came in twenty-fourth with 1789 page views as of March 20, 2017.  It was also the sixth most read entry during October 2016 and the fourth most read actually posted during the month with 1569 page views according to the default counter, 1740 according to the raw counter.  The entry earned 1316 page views in the first 24 hours after being shared at the Coffee Party USA Facebook page.  I also shared in the in the comments to Sizing Up the Endgame at Kunstler's blog, where I wrote the following.


If you want to make the debates more entertaining, play a drinking game while watching.  I have one for the Vice Presidential Debate and themed drinks to go with it.

Compared to the followers of the Coffee Party, Kunstler's readers didn't contribute much to my page views.  That's been the pattern all year.

I mentioned an upcoming retrospective about the resistance earlier.  That's next.  Stay tuned.

Last year's retrospectives about the 2016 election.
Previous entries in this series.