Not So Pure Michigan on the QLine, which is free until Labor Day 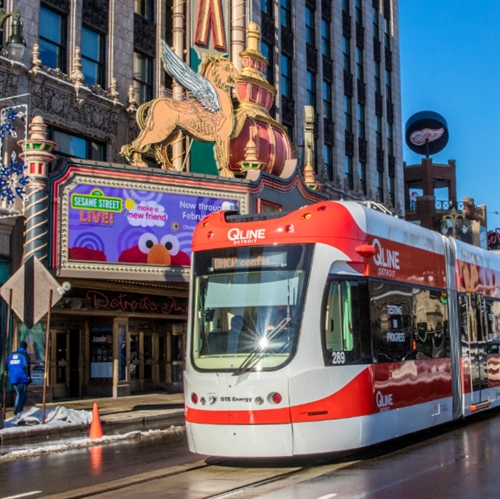 I've been cheering on the QLine/M1 Rail since it was first proposed, most recently in Riding the QLine for Dump the Pump Day.   Not everyone is as enthusiastic or positive about the idea.  John Kerfoot of Not So Pure Michigan provides a humorous take on this scepticism in Pure Michigan: The QLine.

The QLine does need to be expanded to be useful, at least out to the old State Fairgrounds on 8 Mile, if not to Birmingham and Pontiac.  Otherwise, it will become another People Mover, which just happens to be a (closed) Disneyland ride.

For a more positive take on Detroit's new streetcars, the Detroit Free Press reports QLINE free through Labor Day, thanks to Kresge Foundation.

In a boon to passengers, the Kresge Foundation will cover all fares on the QLINE streetcar service for July and August to promote usage and build confidence in public transit in Detroit.

The donation, likely to total at least a couple of hundred thousand dollars, means that users of the QLINE will not have to pony up the announced $1.50 fare until after Labor Day.

And the extension of the free-ride period comes as the QLINE is making operational changes to lessen wait times and to speed up travel times, including training more drivers and eliminating stopping at stations where no one is waiting and no passengers wish to get off, much as many DDOT buses now operate.

“The QLINE holds much promise as an integral piece of a true regional transit system and we are invested in its long-term success” said Kresge President and CEO Rip Rapson. “With dozens of summer festivals and activities up and down the Woodward Corridor, our motivation to extend free fares is to expose every city and metro resident to the QLINE."

It may only travel three miles, but it's still free.  Enjoy it while it lasts!
Posted by Pinku-Sensei at 8:52 AM