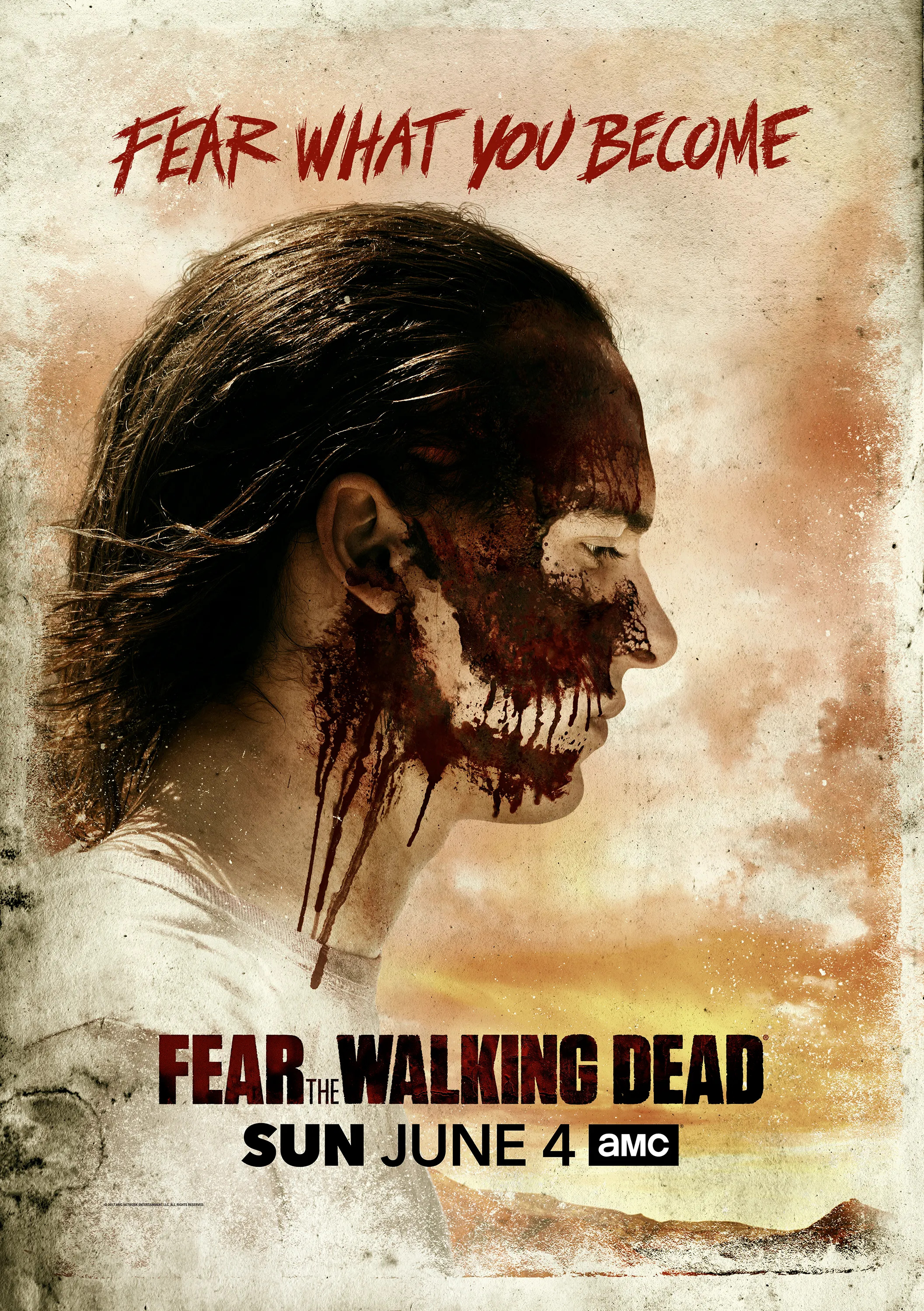 The big entertainment news this weekend is the opening of the "Wonder Woman" movie, which I plan on writing about tomorrow, when the final weekend box office numbers come in.  Today, I am featuring another entertainment story more in keeping with the the general theme and tone of the blog, the return of "Fear the Walking Dead."

According to the previews, this season looks like it's going to explore what happens when zombies meet preppers, two labels that haven't been used on this blog for the same entry since Drink and drive with "The Walking Dead" five years ago.  It's about time they do so again.  Here's a clip from AMC's YouTube channel that is a parody of the kinds of ads one might see in the middle of the night on Fox News.  It asks "Are You Ready for TEOTWAWKI?"

Get to know the survivalist militia leader from the upcoming season of Fear the Walking Dead, Sundays at 9/8c.

This video is dripping with the reasons Greer and his readers think are behind the current zombie apocalypse craze, the rural-urban disconnect, the fear of urban hordes ravaging the countryside (explictly mentioned in the clip), a lack of faith in progress, a not so subtle racism, and a desire to shoot their fellow Americans.  I almost wonder if the producers read those two blogs of mine for inspiration.

Follow over the jump for more about the survivalists and the upcoming season.

AMC played another promotional clip that they did not upload to YouTube, but my wife saw on our DVR last week.  It showed Travis and his family entering the survivalist compound.  On the one hand, these people were prepared.  They were already growing their own food at the time of the outbreak, which didn't start happening on "The Walking Dead" until Season Four, which took place one-and-one-half years into the zombie apocalypse, and which was not seen at this level until The Kingdom appears in Season Seven, almost two full years on.  Even at this time, Rick and the rest his followers in Alexandria were still relying mostly on scavenged canned food and growing very little of their own.

In addition, the place was already secure against outside threats.  This place is just as secure as the prison from Seasons Three and Four of "The Walking Dead," Terminus from Season Five, and Alexandria.  As Jeremiah Otto tells Travis's family in the broadcast clip, "This is the safest place to live in a world gone mad."  While AMC may not have uploaded it, Alycia Debnam Carey did as Fear the Walking Dead: ‘Fear What You Become’ Season 3 Official Teaser.


On the other hand, this place is full of internal threats.  For starters, Nick tells his mom Madison that he doesn't trust these people.  One of them calls Madison and Alicia "freeloaders."  Finally, the survivalists accost Victor Strand.  Remember, Merle Dixon was still a racist ass 60 days in and these scenes are probably 40 days in, so they haven't had the new world knock the old habits of mind out of them yet, racism among them.  I expect that seeing this happen to them or their suffering the consequences of not doing so will be a major theme of the upcoming season.

By the way, don't forget what happened to Nick, Luciana, and Ofelia at the end of last season.  All of them were detained at gunpoint by men who were intent on keeping foreigners out of the United States.  Nationalism and xenophobia are outdated concepts in the world of the zombie apocalypse; people have to realize that there are more useful concepts to hold and fears to have.

Another theme of the new season is a recurring one from last season, how do the protagonists deal with being part of a dysfunctional larger group.  The vinyard hacienda was led by a death-worshipper.  The colonia couldn't deal effectively with external threats.  Now, Travis's family is in the middle of an organized but insular and hostile enclave.  It would be like Rick and his band wandering into Woodbury, Terminus, or, worse yet, Sanctuary of the Saviours during the first season before any of them had learned how to deal effectively with walkers/biters/roamers.  That will be worth watching.

Speaking of being worth watching, AMC uploaded another extended preview, Fear the Walking Dead Season 3: 'A Look Ahead' Official Featurette.

Madison takes up a newfound leadership role as her children find their own places, all surrounded by the grim realities of the apocalypse.