Riding the QLine for Dump the Pump Day 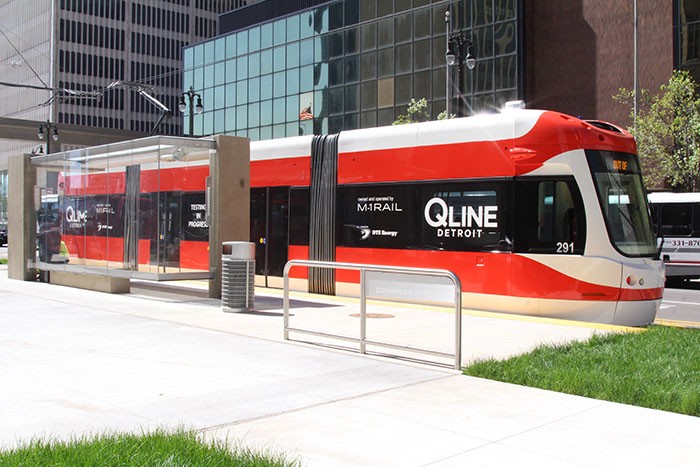 Today is National Dump The Pump Day.  Like National Autonomous Vehicle Day, it's both a holiday worth celebrating on this blog and one I found on National Day Calendar.  Here's what that site says about today.

On the third Thursday in June, National Dump the Pump encourages people to ride public transportation instead of driving and save money.

When gas prices are high and the economy is tight, riding public transportation is a good alternative and an economical way to save money.  Many Americans use local public transportation to commute to and from work, school, for shopping and errands, and even to make family visits.  This can save you money on fuel along with wear and tear on your car. It can also possibly reduce your commute time and help reduce road congestion.

I've been a big booster of public transportation on this blog, promoting the regional transit plan in a losing effort and cheering on the QLine/M1 Rail.  The latter, at least, has happened and I can count it as a success.  Follow over the jump for three videos from WXYZ on the first month of the light rail/21st century trolley's operation.

Two of the videos are from last month, when the QLine opened.  First, WXYZ invited its viewers to Watch as we gets the first ride on the QLINE through Detroit.


I hope all the important people who are making rosy predictions have them come true.  It will be good for the city and region.  I particularly want Senator Gary Peters' hope that the QLine extends all the way to Pontiac.  I expect that will be Phase 4 of the project.  Phase 2 should go to the old State Fairgrounds at 8 Mile and Phase 3 should go to Birmingham.  In that case, I might retire and move out of the area before Phase 4 is completed.  I still hope it happens.

WXYZ followed up three days ago with Riders react after first month of Detroit's QLINE.


At least the people who actually ride the QLine enjoy doing so.  Here's to more people riding the QLine and learning to like it, making it a public transportation success in Detroit.