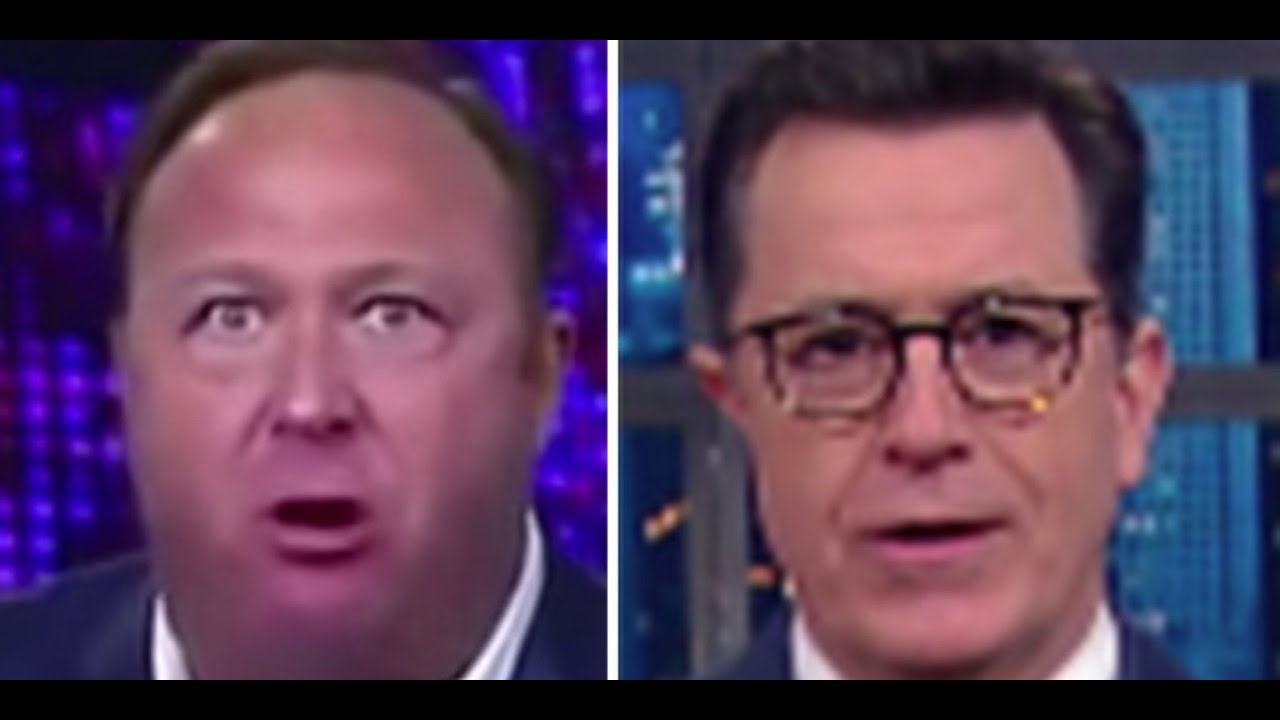 Happy Father's Day!  Yesterday, I told my readers to "Stay tuned for a special Father's Day entry for Entertainment Sunday."  Today, I'm paying tribute to a special father, Alex Jones, who will be featured on Megyn Kelly's show tonight.  It so happens that Jones' ex-wife sued him for custody of their children in April, saying of him, “He’s not a stable person.”  That gave Stephen Colbert an opening to lampoon Jones, beginning with InfoWar's Alex Jones Has Nothing On Tuck Buckford.

That's not all.  Follow over the jump for four more times Colbert mocked Jones and his legal issues as "Tuck Buckford."

Tuck Buckford is back to knowledge-punch the world with his man head in the latest episode of 'Brain Fight with Tuck Buckford.'

Colbert apparently got under Jones' skin, as Alex Jones Called Out Stephen Colbert In Court Testimony.

Stephen plays another old clip from 'Brain Fight with Tuck Buckford' to show Alex Jones that they aren't so different from one another.

It was about this time that I left a comment at Hometown USA on this series of clips.

Colbert has taken on the task of satirizing Jones. I wonder if he's going to do something with this.

The result was Tuck Buckford Goes Elbow-Deep In A Tub Of Chobani, which Kevin Robbins embedded in Thanks Pinku Sensei "For suggesting I look for this."  Hey, my pleasure.

Alex Jones' groundless accusations against Chobani are nothing new. Stephen reminds us of a similar conspiracy theory that first appeared on 'Brain Fight with Tuck Buckford.'

I promised Kevin that I'd post it and the rest at my own blog.  It only took a month, but now I have.

Colbert wasn't done with Jones and his legal fight with Chobani.  On May 19, he performed Tuck Buckford Willingly Issues A Forced Apology.

Finding himself in the same boat as InfoWar's Alex Jones, Stephen's right-wing satirical character Tuck Buckford has to apologize for some recent slanderous claims.

I'm glad someone got Jones to retract at least one of his crazy claims.  I hope to hear him take back more.

As for that custody suit, Jones lost.

After a nine-day trial, a jury awarded Kelly joint custody of their kids on April 17, 2017, making her home the primary residence instead of their father's.