'The Grid' plus 2017 drum corps shows with speculative fiction themes 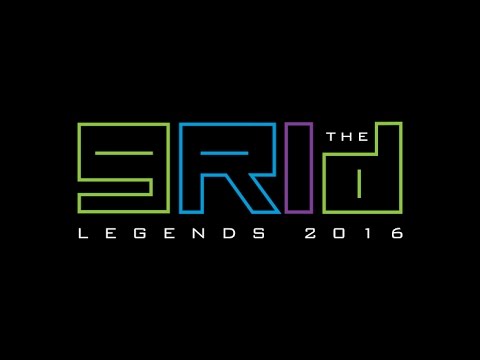 Today is the opening day of the competitive drum corps season and I have the same urge I had two years ago, when I posted An 'Out of This World' drum corps show.  Back then, I posted two videos of the previous season's space-themed show and then examined all the repertoires that had speculative fiction elements.  Today, I'm doing something very similar as I can't resist when drum corps overlaps with one of my other interests.

First, I present the science-fiction themed drum corps show from 2016, Legends from Kalamazoo, Michigan, playing "The Grid" with music from "Tron: Legacy" and "The Matrix Reloaded," two science fiction film sequels about cyberspace.


In case that gets taken down, here is a video of a rehearsal from earlier that month.  The corps may not be in uniform, but the sound is better.


I've always wanted to hear "Mona Lisa Overdrive" on a football field and last year I got my wish.

Legends continue to be inspired by science fiction, as this year's show is "The Signal" with music from "Wall-E" and "Stargate."  Not only are they exploring outer space, they're doing so with an environmental theme.  I like it!  Better yet, the corps is from Michigan!

Here are the rest of the shows with speculative fiction elements.


Blue Devils B    The World the Children Made - Saellite * Spiritual Planet * Pure Imagination * Original Works * Worlds
...
Boston Crusaders    Wicked Games - Full Moon Forest and Rising of the Sun – Moonlight Sonata * Full Moon Forest and Rising of the Sun – The Adoration of Veles and Ala (From Scythian Suite) * Whispers and Accusations - Whispers * Whispers and Accusations - Cortege Macabre (from Grohg) * Tortured – Wicked Game * Hunt for the Afflicted – Toccata (from Piano Concerto no. 1) * Trial and Execution – The Verdict
...
Heat Wave of Florida    Project Apollo - Olympiada * Enterprising Young Men (from Star Trek) * Twelve Seconds to the Moon * Fly Me To The Moon * Ride
...
Pacific Crest    Golden State of Mind - California Dreamin’ * Kaleidoscope of Mathematics (from A Beautiful Mind Soundtrack) * Arrival of the Birds * Alfonso Muskedunder * Moving On (from the Lost Soundtrack)
...
Santa Clara Vanguard    Ouroboros - Interplay for Piano Four Hands and Orchestra * The Triumph of Time * Song of Eight Unruly Tipsy Poets * Into a Virtual World * Remembering the Future from “Wait of the World”
...
Shadow    Atreyu - Selections from The Neverending Story
...
The Cavaliers    Men are from Mars - Also Sprach Zarathustra * Fanfare for the Common Man * Wine Dark Sea * Little Green Men * On the Nature of Daylight * O Superman * Sun's Gone Dim * Mars from The Planets * My Way

The shows with the strongest science fiction elements are Heat Wave's (science fiction) and Shadow (fantasy).  The Cavaliers and Santa Clara Vanguard have some science fiction elements scattered throughout their shows.  Pacific Crest only has a song from "Lost," which is definitely speculative fiction, but which kind I don't even want to think about now.  Boston Crusaders have the weakest speculative fiction theme, as their show is about the Salem Witch Trials.  Yes, really.  I never thought I'd see that on a football field.  That topic is historical, not speculative, but it makes for good real-life horror.

Here's to all the corps having a good season and to the speculative fiction elements working.

ETA: I forgot about Blue Devils B, whose show has a moderately strong fantasy theme with science-fictional elements.  It sits at the bottom of the upper half of the pack in terms of speculative fiction above Boston Crusaders, Pacific Crest, Santa Clara Vanguard, and The Cavaliers and behind Legends, Shadow, and Heat Wave.
Posted by Pinku-Sensei at 10:24 AM