A 51st star for Puerto Rico on Flag Day 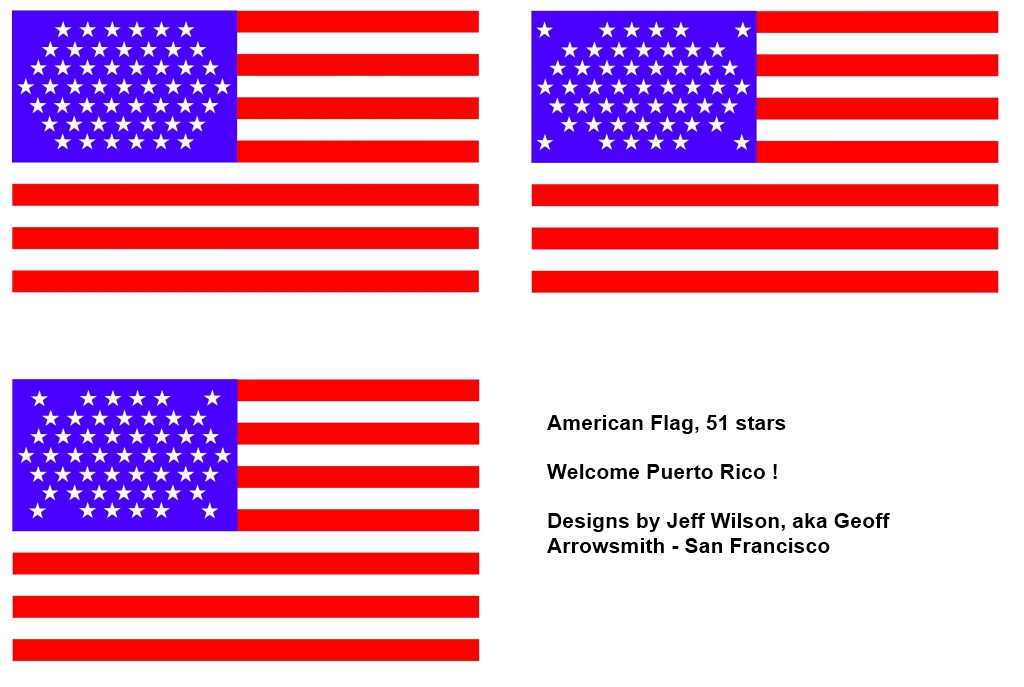 Happy Flag Day!  Two years ago, I put a drum corps spin on the holiday with Presenting the colors for Flag Day.  This year, I'm taking a more serious slant by examining the possibility of adding a 51st star to the flag.  Al Jazeera English examined the topic first in Puerto Ricans vote on US statehood.

On June 11, Puerto Ricans head to the polls in a referendum to decide the future of the US territory.

Voters will get to decide between statehood, independence or keeping the status quo as a commonwealth.

But the country's massive debt could make either choice difficult.

The result was Puerto Ricans vote for statehood in referendum.

Puerto Rico's governor announced the US territory voted for statehood in a non-binding referendum on Sunday, held amid an economic crisis that has sparked an exodus of islanders to the US mainland.

US Congress, however, has the final say in any changes to the island's political status.

I'm in favor of Puerto Rico becoming a state and have been for decades.  Now that a majority of Puerto Ricans agree, I think it's time that happens.