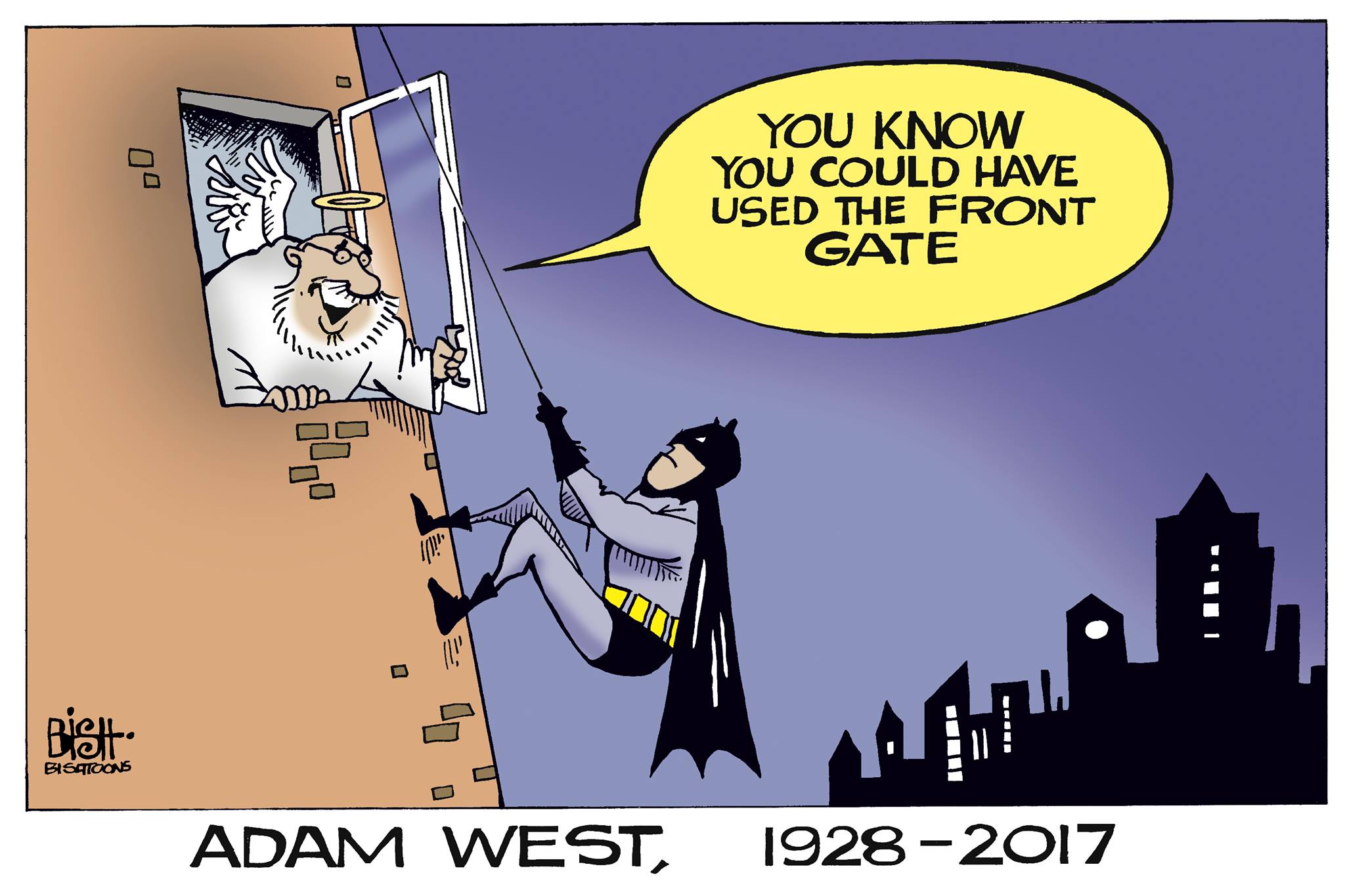 Kevin Robbins of Hometown, USA asked "What? No post on Adam West?" to conclude his comment to 'Simpsons,' 'Westworld,' 'American Horror Story' among Golden Trailer winners. That was a good question that deserved a response.

I was thinking of posting an obituary for West; he was, after all, my original Batman. Now that you've asked, I'm going to do it. Never say I don't respond to reader requests.

I've found that ABC News does a good job with celebrity obituaries, so it's to them I go for Remembering 'Batman' TV icon Adam West.

The original Batman, who appeared onscreen as the caped crusader 156 times, passed away at age 88.

I have just the image for this video.

To paraphrase what I wrote at the end of R.I.P. Roger Moore, Batman lives on, but his funniest actor has passed.*  R.I.P.

*Yes, I'm including Michael Keaton.  He could have played a funnier Batman, but he didn't.
Posted by Pinku-Sensei at 10:08 AM