A happy drum corps Canada Day to my readers! To celebrate this first of three patriotic holidays I observe during July, I'm continuing my tradition of featuring Canadian drum corps by decade from before the advent of Drum Corps International (DCI) up to the current century.

Since I've shared videos of the Toronto Optimists, Preston Scout House, and De La Salle Oaklands, I'm giving the Cadets of LaSalle their turn in the spotlight as the featured pre-DCI corps. Watch 1970 LaSalle Cadets.


The video I first found of this performance said this was from "North American Toronto." I'll trust that's correct.

Follow over the jump for the Canadian corps from the DCI era. 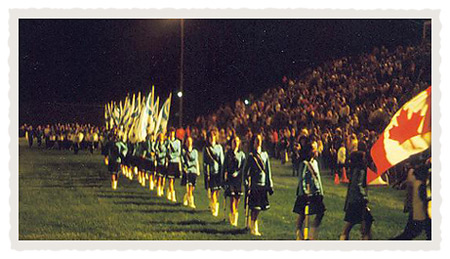 For the first corps of the first decade of the DCI era, I've selected the 1978 Oakland Crusaders, which also appear in the image above taken by Sue Deschene's father. She's in this performance.


For the 1980s, here's a corps I've been wanting to include since the beginning of this series, the Ventures. Watch Top 3 Highest Rated Ventures Shows #2: 1989.

1989 (Broadway Ladies)
This is from High-Stepper, whose videos I first featured in Drum corps maypoles from 1978 for a drum corps May Day. Once again, thanks, High-Stepper!

No compilation of Canadian corps is complete without a senior corps, so for the representative of the 2000s, I present Kingston Ontario Grenadiers 2001 at West Haven Competition.


That's it for today, so it's time to recycle San. It wouldn't be one of my Canada Day posts without her. 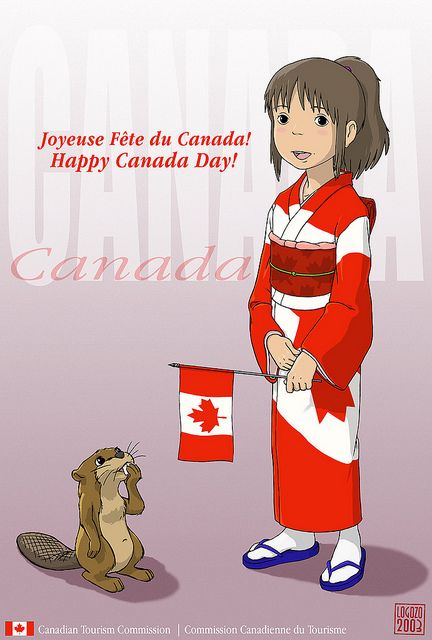