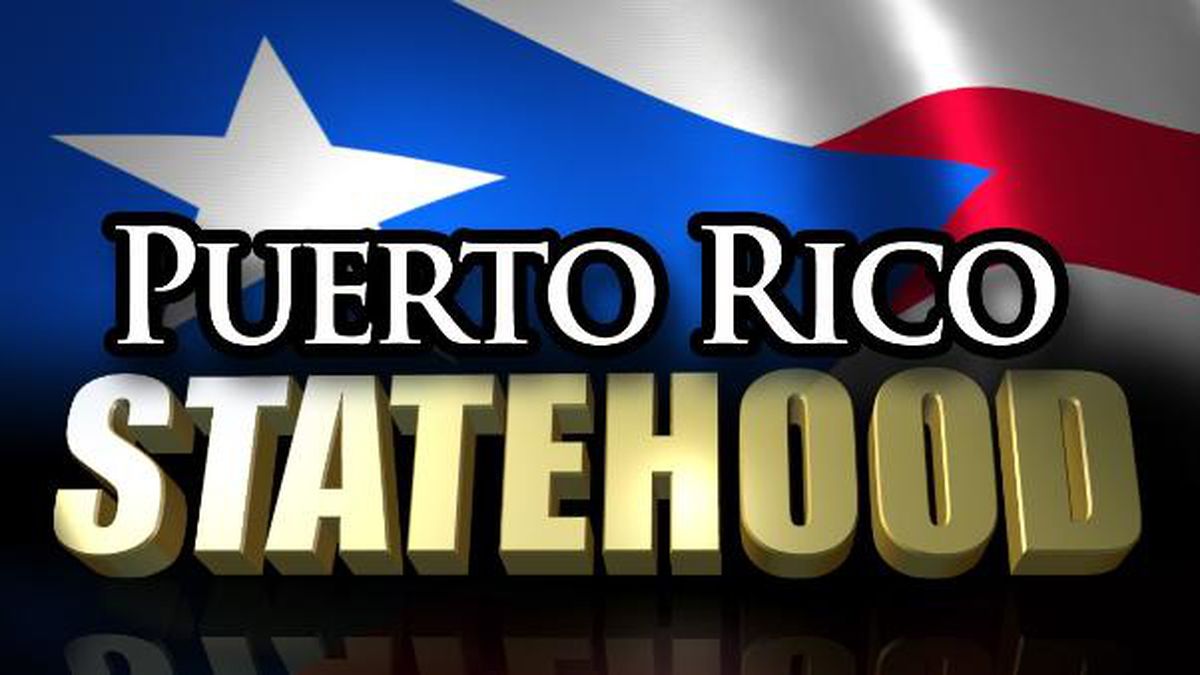 Happy National Piña Colada Day! This is the holiday when I write about the prospects for Puerto Rico statehood. For some background on the subject, watch NBCLXs The History of Puerto Rico's Second-Class Status.

The status of Puerto Rico has been a subject of debate since the U.S. took control of the island in 1898. In 1901, the Supreme Court wrote that Puerto Rico and other new U.S. territories were “inhabited by alien races” and so may be impossible to govern “according to Anglo-Saxon principles.” The island has remained a U.S. territory ever since.

Following the recent disasters on the island – including a devastating hurricane and a series of earthquakes – Puerto Rico’s second-class status is once again in the spotlight. Should Puerto Rico become America’s 51st state?

NBCLX storyteller Bianca Graulau examines the history of the island’s unusual relationship with the U.S., and the statehood debate that has divided even Puerto Ricans.

Critics say Puerto Rico's power grid isn’t much more resilient than it was before Hurricane Maria, despite billions of dollars awarded in contracts. After Maria, some Puerto Ricans went nine months without power, and they fear it could happen again this hurricane season. NBCLX storyteller Bianca Graulau spoke to a family who lost a loved one when he had an asthma attack after the hurricane and no electricity to use his breathing machine.

It's been a long time since I've mentioned Chris Christie on this blog, but I was neither that surprised that he got involved in consulting about Puerto Rico's power problems nor surprised that Puerto Rico may not be getting all that it paid for.

As for the question of statehood, that's on the ballot this November. Ballotpedia has a page on the referendum, which will be held concurrently with the general election in November. While I'm rooting for statehood, I'm not Puerto Rican. I suspect that, should the opposition to state fully participate, which I hope for the sake of a legitimate result they do, the outcome will be just as likely for continuing the Commonwealth or negotiating for Free Association. On the other hand, if statehood wins, it will be the third time in a row that the voters chose the option I favor. That written, whatever the people of Puerto Rico choose, I'll support it.

Enough about the history and politics of Puerto Rico's relationship with the rest of the United States. Follow over the jump for the piña colada recipes to celebrate today.

The same week that Tipsy Bartender uploaded the Red, White & Blue Bomb recipe I used in Drink to the never-built Disney's America on the 4th of July, Skyy and Emma uploaded the video for the Red White And Blue Jello Colada. As soon as I saw it, I knew I would use it for today.


Some of the coolest piña coladas ever!

Drink responsibly and stay tipsy while waiting for posts about World Population Day, National Mojito Day, Souther, and the Louisiana and, Puerto Rico primaries. As I wrote yesterday, I love holidays, but they will keep me busy!

*In addtion to these videos convincing me to subscribe to NBCLX's YouTube channel, they induced me to search for Graulau's videos on the channel. She's covered a lot of environmental topics as well as Puerto Rico's response to the COVID-19 pandemic and protests and demonstrations. I'll probably use those videos in the future. Stay tuned.
Posted by Pinku-Sensei at 1:49 PM