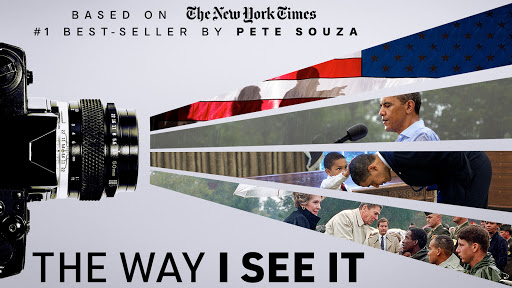 From the Academy Award-winning producer of FREE SOLO and based on the #1 NY Times Best-Seller by Pete Souza, Chief White House Photographer for Barack Obama, @The Way I See It is in theaters September 18th.

Based on the New York Times #1 bestseller comes The Way I See It, an unprecedented look behind the scenes of two of the most iconic Presidents in American History, Barack Obama and Ronald Reagan, as seen through the eyes of renowned photographer Pete Souza. As Official White House Photographer, Souza was an eyewitness to the unique and tremendous responsibilities of being the most powerful person on Earth. The movie reveals how Souza transforms from a respected photojournalist to a searing commentator on the issues we face as a country and a people.

People often say "I wish I were a fly on the wall" when something happened behind closed doors. Pete Souza was that fly on the wall during both the Reagan and Obama administrations, so he knew and he has a valuable perspective that I'm glad this documentary shared.

Now for the award. Watch BEST SCORE - Marco Beltrami, Brandon Roberts and Buck Sanders, The Way I See It for the acceptance speech.

Congratulations to Marco Beltrami, Brandon Roberts and Buck Sanders for winning Best Score and to Pete Souza for being honored with Most Compelling Living Subject of a Documentary. Also, congratulations to director Dawn Porter and her producers, including Evan Hayes, the producer of "Free Solo," and Laura Dern, on earning one of the nominations for Best Political Documentary. I expect they will see more nominations, particularly at the News and Documentary Emmy Awards, as this was shown in MSNBC last month and is streaming on Peacock in addition to being shown in theaters. Good luck, you deserve it!

Since this award was for the music, let's listen to Leadership Qualities.

The soundtrack to @Focus Features THE WAY I SEE IT features two new songs by @Aloe Blacc and score by Marco Beltrami, Buck Sanders & Brandon Roberts.

And now, a bonus track, The Future by Aloe Blacc. 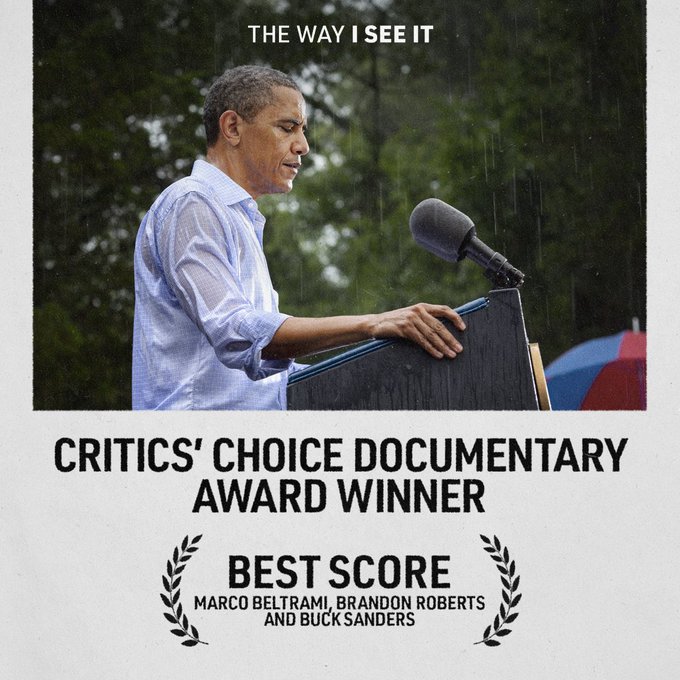