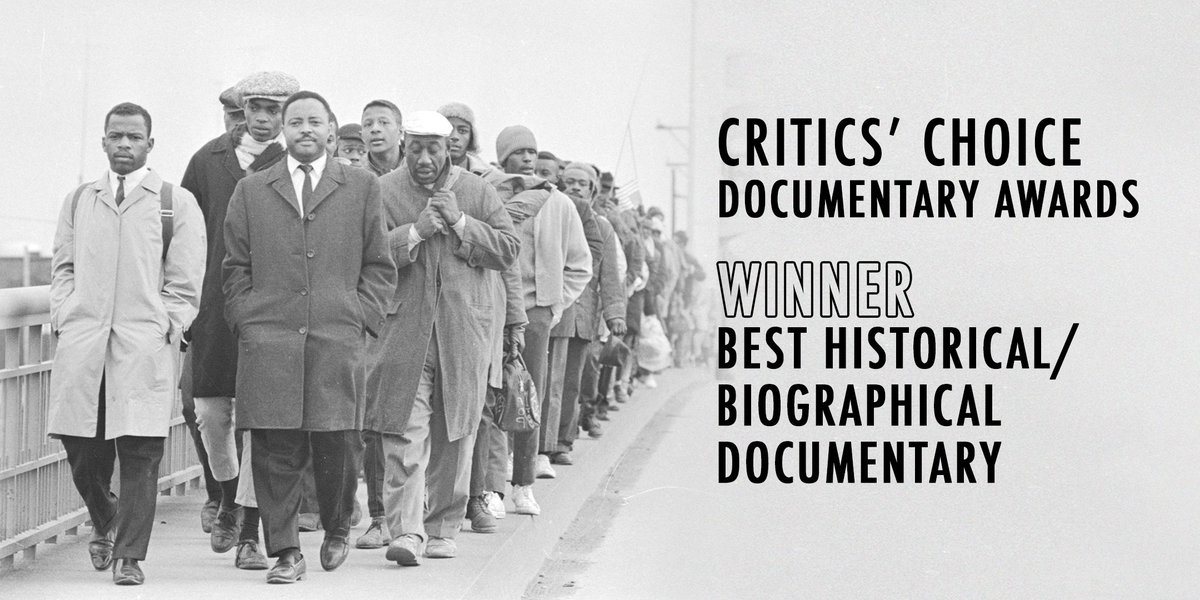 I closed 'Boys State' wins Best Political Documentary at the 2020 Critics' Choice Documentary Awards with my plan for today.

I had been looking forward to this award since July, when I wrote "I'm looking forward to its nominations at the Critics' Choice Documentary Awards and Academy Awards." The first part came true, as "John Lewis: Good Trouble" earned nominations for Best Director and Best Political Documentary, which I thought it would win, in addition to its award for Best Historical/Biographical Documentary. Watch BEST HISTORICAL/BIOGRAPHICAL DOCUMENTARY - John Lewis: Good Trouble for the acceptance speech.

Congratulations on your movie's first award. May it be the first of many to come!

I was prescient when I wrote "it's already on my shortlist for the Golden Coffee Cups." Because of this win and its other nominations, it officially qualifies according to the criteria I announced in April, being nominated at either or both of the Academy Awards and Critics' Choice Documentary Awards.* It joins "Boys State" and a list of other winners and nominees that have now qualified for the shortlist that I plan on covering over the weekend and early next week. Stay tuned.

*I should probably also add Cinema Eye Honors Awards, US to that list of shortlist-qualifying awards. As for the documentary's chances at the Oscars, I wrote the following in my comment on Kek has apparently spoken at John Michael Greer's Dreamwidth.

Three years ago, the Documentary Branch nominated "Icarus," a very anti-Russian sports documentary, in the wake of Trump's victory, and it won. The academy membership didn't have an anti-Trump nominee to vote for, so they jumped on the anti-Putin one. That's why I think that "Totally Under Control" about the administration's response to the pandemic, might actually have a chance at being nominated this year. The Documentary Branch normally does not renominate films by previous winners, which Alex Gibney is, having won for "Taxi to the Dark Side," regardless of merit, as they want to spread the recognition around, but they might just do that this year to signal their anti-Trump sentiment. If they don't nominate "Totally Under Control," they would very likely nominate "John Lewis: Good Trouble" about a critic of Trump instead.

"Totally Under Control" won a Critics' Choice Documentary Award as well, so I will write about it, too.
Posted by Pinku-Sensei at 2:04 PM