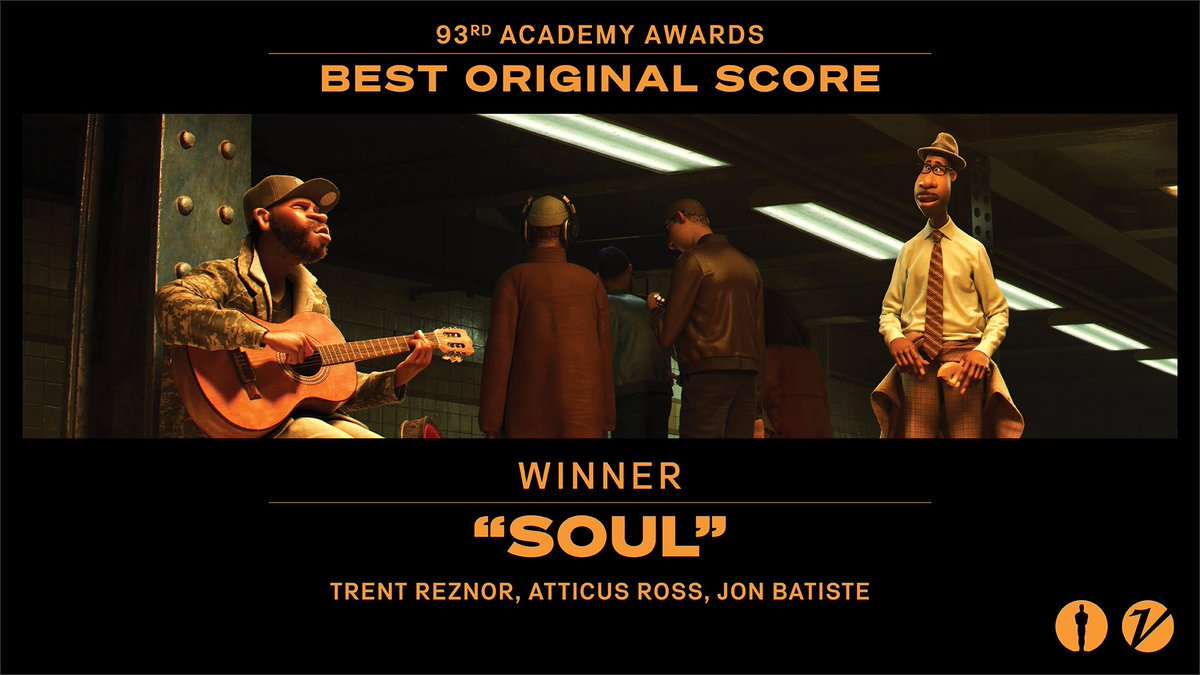 I wrote that "Soul" was my pick to win Original Score and thought it would win for Animated Feature after winning the equivalent categories at the Golden Globes and Critics Choice Awards. The film and the voters of the Motion Picture Academy did not disappoint me. Watch SOUL Accepts the Oscar for Original Score from ABC now, Oscars later.

Congratulations! Jon Batiste is as interesting and entertaining a speaker as he is a musician, which is why I'm glad he made the acceptance speech on stage.*

Trent Reznor and Atticus Ross got their turns to thank people in SOUL's Thank You Cam Speech: Original Score.

"Soul," Pixar's poignant film about life and inspiration, takes home the Oscar for Best Original Score. Trent Reznor, Atticus Ross and Jon Batiste describe their inspiration for the film and speculate on what may be next for the three of them.

The entertainment press really engaged in a lot of inside baseball in their questions, although they were still informative. In particular, I hadn't realized that Reznor and Ross only have a Tony to win to earn and EGOT until I heard the question. If they and Batiste, like H.E.R., can compose a Broadway musical, that would be a great start. All they need is the right property.

The trio returned to ABC for Musicians of SOUL 'Oscars: After Dark' Winner Interview.

Watch Trent Reznor, Atticus Ross and Jon Batiste on 'Oscars: After Dark' talking about working with Pete Docter in constructing the score for the animated feature SOUL.

The explanation of the score as reflecting the film's exploring different planes of existence is a theme Pete Docter examines over the jump. 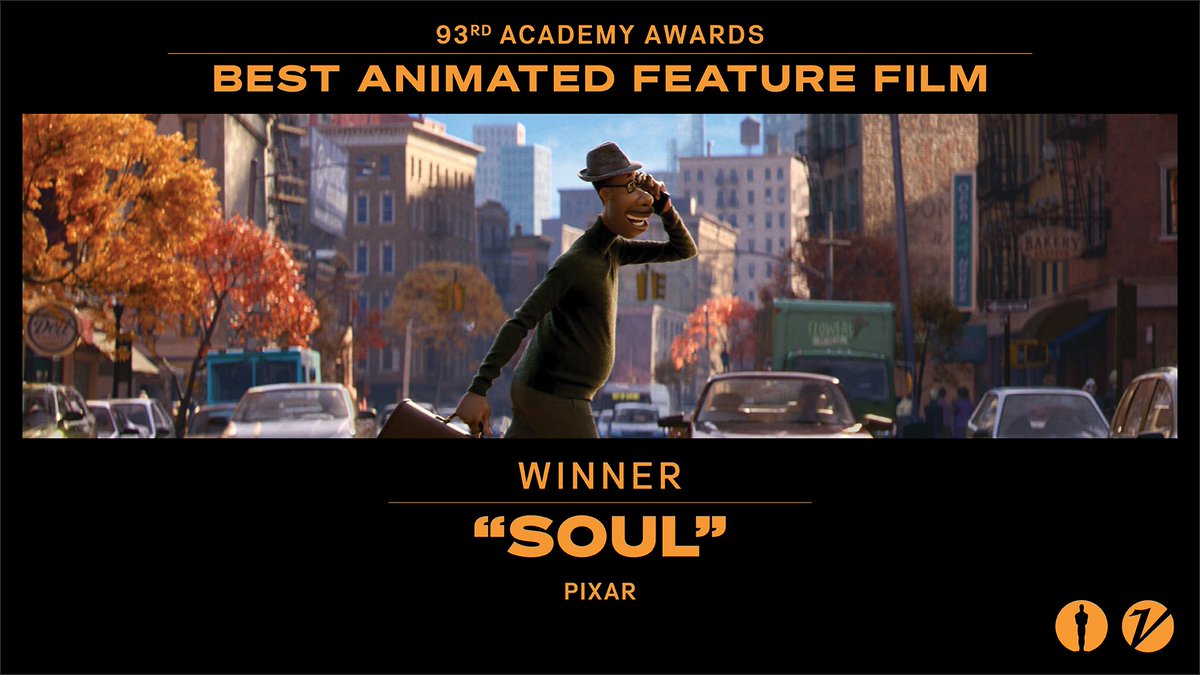 Watch Pete Docter and Dana Murray accept the Oscar for Animated Feature for SOUL at Oscars 2021.

I had a hard time connecting "Soul" to my angle of examining films through the lens of politics and government, but Docter provided one by pointing out that the main character is a music teacher. Since public education is part of government, "Soul" is on topic for this blog. Whew! Now I feel like I'm doing something useful instead of merely expressing enthusiasm for the creative people behind a great animated film.

Docter and Dana Murray resumed acknowledging as many of the contributors as they could remember in SOUL's Thank You Cam Speech: Animated Feature.

That's a lot of people involved in the production of the film, which they completed at home during the early phases of the pandemic. COVID-19 has indeed touched everything, including entertainment.

They continued describing their inspirations in Variety's 'Soul' Director and Producer Credit Jazz and Jamie Foxx After Oscar Win for Best Animated Film.

"Soul" director Pete Doctor and producer Dana Murray celebrate their Oscar win for the Pixar film starring actor and musician Jamie Foxx. The two discuss jazz as being representative of the artistic journey and life itself, improvisation acting as a key component that make each of these things both personal and beautiful.

The reporters almost couldn't believe how deep the film was and Docter and Murray responded with how jazz ended up being such a moving metaphor for life. That's the kind of response I hope for in these interviews and press conferences.

The producers returned to ABC for Pete Docter and Dana Murray 'Oscars: After Dark' Winner Interview.

Anyone who thinks animation is not serious art should watch and listen to this interview.

That's it for the Oscars for now. Stay tuned for a retrospective about comments on Throwback Thursday, Arbor Day on Friday, May Day on Saturday, followed by more about the Oscars on Sunday. I have a busy weekend ahead.

*This is one of the main reasons I wrote about "Soul" today instead of "Nomadland." I found the acceptance speeches and interviews for Best Picture, Best Actress, and Best Director boring and self-indulgent, which detracted from the theme of the movie. I'll see how I can integrate those clips into a final Oscar post for the Sunday Entertainment Feature.
Posted by Pinku-Sensei at 1:36 PM