I changed my mind about the topic of today's post. Instead of a retrospective featuring a popular post about animals that is an Oscar nominee, as I promised yesterday, I'm writing a Flashback Friday post about D.C. statehood.* That's because the House passed a D.C. statehood bill yesterday, just like they did last year. Since all my entries so far on the subject have used serious news sources, I'm switching to comedy today with Republicans Freak Out About DC Statehood and the Green New Deal: A Closer Look from Late Night with Seth Meyers.

Seth takes a closer look at House Democrats voting to admit Washington D.C. as the 51st state while Republicans freak out about everything from voting rights to the Green New Deal.

Not only does this clip feature D.C. statehood, which has been a popular topic of mine for four years running, but it begins with AOC facing off against Marjorie Taylor Greene (MTG), who has her own top entry that I'll examine over the jump.

Before I do, I'm sharing a more serious examination of today's topic from Vox, The fight for America's 51st state, explained.

Washington, DC is closer than ever to becoming a state. Could it actually happen?
...
On June 26, 2020, the US House of Representatives voted to make America’s capital city, Washington, DC, the country’s 51st state. It was a historic vote, and the closest the country has come to adding a new state in over 60 years. But it was also, for the time being, completely symbolic. Because at least in 2020, DC has no chance of actually becoming a state.

That June 26 vote was almost entirely along party lines; Democrats mostly voted in favor of DC statehood, and Republicans against it. That’s because making DC a state would give the Democrats additional seats in Congress, potentially affecting the balance of power between the parties. It’s why President Trump and the Republican-controlled Senate have both promised to strike down any bid for DC statehood. And in fact, statehood in the US has always been a political issue. In the past, the US has often added states in pairs to preserve the political balance. Admitting a new state on its own has happened, but it’s unusual.

But the case for DC statehood is strong: The city has a similar population to several states, its hundreds of thousands of residents lack any say in national lawmaking, and its local government is uniquely vulnerable to being strong-armed by Congress and the federal government. Simply put, the laws that created the district did not anticipate that it would one day be a major city. And while in 1993, the last time Congress voted on DC statehood, the Democratic-controlled House failed to pass it, today’s Democratic Party is increasingly on board with it. If 2020’s election puts the Democrats in full control of the federal government, America might actually get its 51st state.

The situation has changed since last year, as Democrats have control, however slim, over both houses of Congress and the Presidency, but that still may not be enough for Washington D.C. to become Douglass Commonwealth. Mitch McConnell and the other Republicans in the U.S. Senate are still opposed. Without filibuster reform, it still won't pass. Sigh.

Follow over the jump for two top posts from last year about D.C. statehood and MTG. 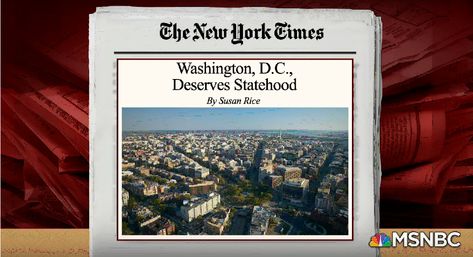 I begin by recycling from Broken Peach celebrating Halloween updates holidays for the tenth year of Crazy Eddie's Motie News for Flashback Friday.

Susan Rice calls for D.C. statehood on MSNBC and N.Y. Times, a late Flag Day post from June 15, 2020 earned 8 comments to tie for second most comments on an entry posted during June 2020 and the tenth year as a whole, but fourth overall. Even so, the post didn't break into the top twenty for page views during June 2020.

Statehood for D.C. and Puerto Rico have now become popular topics on this blog for four consecutive years, although just barely. Let's see if I can get a better response this coming Flag Day and Pina Colada Day.

I will recycle this entry once more for a retrospective about comments. I will also reuse the next one about Twitter. 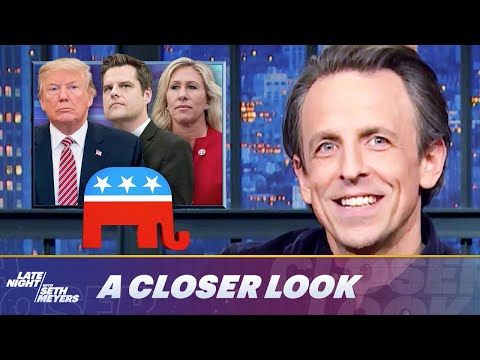 Since Seth and his writers made MTG a major subject of his monologue, I'm mentioning Meyers, Noah, Colbert, and Kimmel take closer looks at Marjorie Taylor Greene being removed from committee assignments from February 5, 2021, tweeted the same day and retweeted February 6, 2021. The link I tweeted earned 1,015 impressions and 3 total engagements on Twitter, including 2 hashtag clicks and 1 like. My friend Kevin G's tweet of the link that I retweeted had 20 engagements, including 1 like, one retweet, and 2 replies in 1 thread to be the top mention during February 2021 and top mention with a link to one of my posts. Combined, it was the twelfth most read tweet with a link to this blog overall and the fifth most read of any post from the tenth year of Crazy Eddie's Motie News.

I conclude with the following footnote.

*I still plan on writing this post Monday in anticipation of "My Octopus Teacher" winning Best Documentary Feature at the Oscars the night before. Stay tuned and may I not be disappointed.

Previous posts in this series Previous retrospectives about statehood for Puerto Rico and Washington D.C.
Posted by Pinku-Sensei at 11:06 AM