'Scary Stories to Tell in the Dark' on Cinco De Mayo plus the horror, independent, and international film nominees at the 2021 Saturn Awards 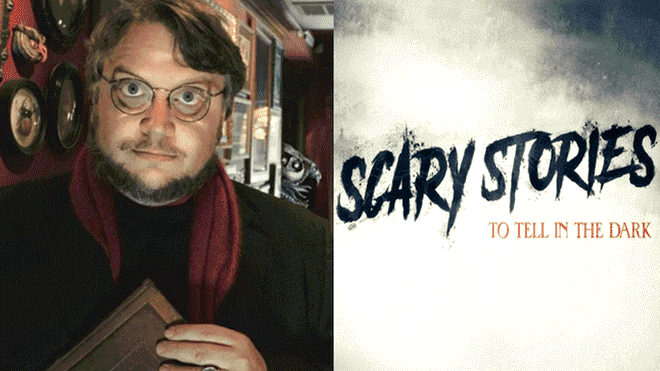 Once again, ¡Feliz Cinco De Mayo! I'm continuing the celebration by examining this year's Saturn Awards Horror Film nominees because Mexican filmmaker Guillermo del Toro produced nominee "Scary Stories to Tell in the Dark," connecting the awards to the holiday like I did three years ago for "Coco." It's a tenuous connection, but it works as a MacGuffin to blog about leading horror film "Doctor Sleep," the third most nominated at this year's ceremony with eight nominations. Since I already covered "Star Wars: Episode IX - The Rise of Skywalker" and "Tenet," the two films ahead of it yesterday, it makes sense to write about it and the other horror film nominees today.

I begin with the nominees for Best Horror Film Release from the Saturn Awards website.

As I've already mentioned, "Doctor Sleep" has eight nominations, ranking third among all films at these awards, so it would be the nominal favorite by that criterion. However, I suspect the two horror films with three nominations, "The Invisible Man" and "It Chapter Two," have good chances to upset it. The professional choice would be "The Invisible Man," winner of Best Horror Movie at the Critics Choice Super Awards. The popular choice would be "It Chapter Two," which earned $211,593,228 to rank eleventh at the box office in 2019, while "Doctor Sleep" lagged behind at 79th with $31,581,712 the same year. Even "The Invisible Man" outgrossed "Doctor Sleep", earning $70,410,000 in 2020 to rank fifth for the pandemic-interrupted year. The dark horse would be "Midsommar," definitely a critical choice, but not a popular one. I would be very surprised if it won. Based on the above, I expect "It Chapter Two" to win this because the Saturn Awards are about entertainment more than art and they like spectacular, not subtle. Electorates matter. As for my vote, I'm waiting until my wife I watch "The Invisible Man" before deciding between it and "Doctor Sleep," which we enjoyed and think was underappreciated by the horror movie audience, who vastly preferred the other Stephen King adaptation. 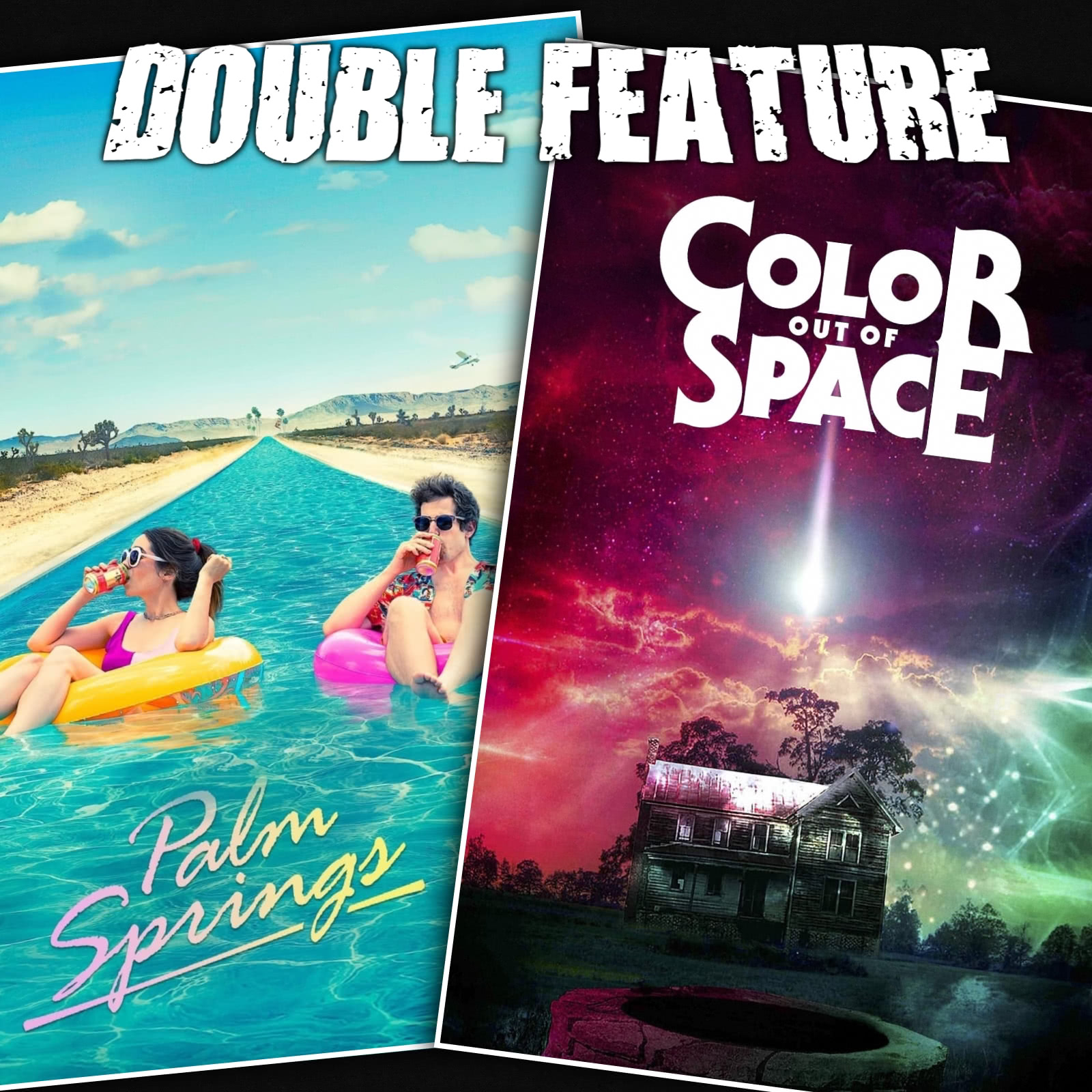 The obvious horror movies are "Color Out of Space," an adaptation of an H.P. Lovecraft story, and "Possessor," whose title gives it away, even though it's as much science fiction as horror. I think "Color Out of Space" is definitely the favorite, but I'm voting for science fiction comedy "Palm Springs" even though I think "The Aeronauts" would be the professional choice as an artistic action/adventure film. I'm justifying my vote by recycling my mini-rant from 'Borat Subsequent Moviefilm' has two Oscar nominations plus two Golden Globes and awards from the Critics Choice Association and WGA.

"Palm Springs" managed to win Best Comedy at the Critics Choice Awards, so the critics generally like it, even if Grace Randolph doesn't. It also earned a nomination at the Saturn Awards for Best Independent Film Release. I might even vote for it.

Next, the nominees for Best International Film Release. 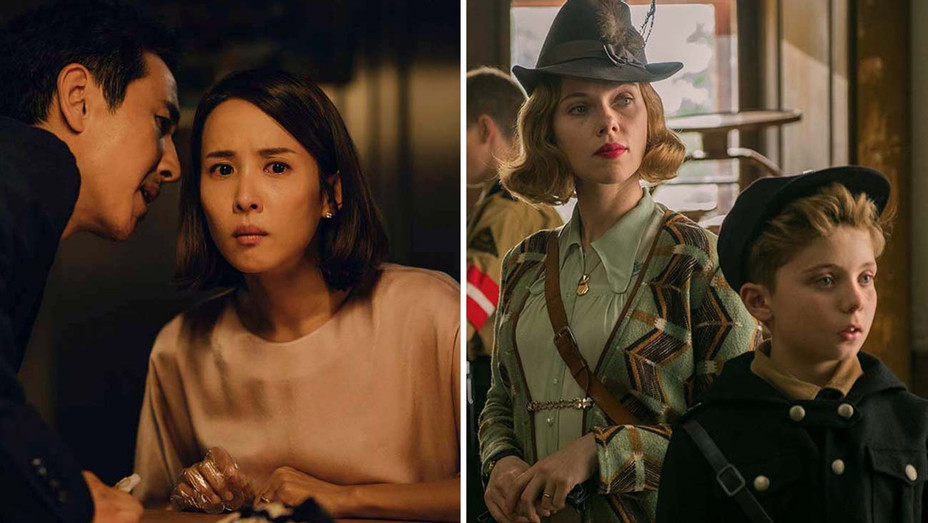 Both "The Nightingale" and "Sputnik" have horror listed at their IMDB entries. I think "The Nightingale" is the better of the two, as it was the best Australian film of 2019. That doesn't mean I'll vote for it. Instead, my top two films in this category are "Jojo Rabbit" and "Parasite" with four nominations each. I'm voting for "Parasite," but the rest of the Saturn voters might vote for "Jojo Rabbit" instead.

Follow over the jump for the rest of the horror movie nominees.

I have one more category that I haven't already covered.

Now for the categories I already discussed in Star Wars at the 2021 Saturn Awards for Star Wars Day that include "Doctor Sleep," "It Chapter Two," or "The Invisible Man" as nominees.

The horror nominee is Ewan McGregor for "Doctor Sleep." He should consider himself lucky to be nominated.

Daisy Ridley from "The Last Jedi" is competing against actresses for a wider variety of genres in the next category.

While Rebecca Ferguson made a compelling villain in "Doctor Sleep," I think the real contest is Moss vs. Robbie, a matchup of Critics Choice Super Awards Best Actress winners, Moss for horror movies and Robbie for superhero/comic book movies. I'm planning on voting for Moss because my wife and I are binge-watching "The Handmaid's Tale" and have been very impressed with her acting. Besides, voting for Moss will make up for all the years the Saturn Awards did not nominate her for television acting.

"The Rise of Skywalker" is competing against both itself and "Tenet" in the next category.

Between Adam Driver and Ian McDiarmid, I'm voting for Driver. While I suspect the Saturn electorate will as well, they could surprise me by choosing Chris Evans or Robert Pattinson.

Bill Hader from "It Chapter Two" is the horror nominee. While he's an outstanding comic actor with two Emmy Awards for acting and another for producing to his credit, I think he's outmatched in this field.

"Tenet" and "The Rise of Skywalker" are competing against each other in all but one of the remaining movie categories.

Again, I'm waiting until my wife and I watch "The Invisible Man" before deciding on my vote.

Out of all these, I'm leaning to Bong Joon H and Han Jin-won for "Parasite" or Todd Phillips and Scott Silver for "Joker." I think the Saturn electorate would prefer "Joker," which might be enough for me to join them.

Mike Flanagan should just be happy to be nominated for "Doctor Sleep," although adapting a Stephen King book is always a challenge and I think he succeeded.

This field exemplifies the habit of the Saturn Awards trying to stick it to the experts, insiders, and professionals. Not a one of these movies earned an Oscar nomination for film editing. Considering "Jojo Rabbit," "Joker," "Parasite," and "The Irishman" were all Oscar nominees for film editing and all were nominated in other categories here, their omission strikes me as quite the statement of contrasting values with the creators in Hollywood. That written, I think some of the nominees belong here, while I have my doubts about others. That includes "Doctor Sleep."

And they didn't vote for "Doctor Sleep."

I conclude with three categories that recognized nominees for international film.

I've observed before that the Saturn Awards like to stick it to the experts and insiders. They appear to have done that in this category, as last year's Oscar winner for Best Score, "Joker," didn't even get nominated. On the other hand, the Motion Picture Academy snubbed the score for "Tenet" but it's nominated here. That might be enough for the Saturn electorate to vote for it, although the professionals and insiders would probably pick "Mank." I'll have to listen to selections from the scores to make my decision, which I'll report in a future installment.

I'm embedding a video from the "Parasite" soundtrack at the end of this post.

Since I've already made my comment about "Jojo Rabbit," I'm moving on to today's music from "Parasite," Opening.


That's very pretty yet it wasn't nominated at the Oscars for Original Score. While I generally look sideways at the Saturn Awards for their choices, sometimes they manage to recognize worthy nominees that the major awards shows overlook. This is one of those times.

Stay tuned for another installment about the Saturn Awards nominees tomorrow for the Revenge of the Sixth.

Previous entries about the 2021 Saturn Awards
Posted by Pinku-Sensei at 4:23 PM