'Outlander,' 'The Walking Dead,' and other fantasy, horror, and science fiction nominees at the Saturn Awards

I wrote "I'll continue with the television nominees in future posts, but I may not complete the series before I vote. The deadline is the 14th and I have other topics I want to write about more first. After all, this blog is a hobby, not a job" to conclude 'Knives Out' and 'Mulan' lead thriller and action film nominees at the Saturn Awards. That was ten days ago and I had a lot to write about out subjects since then. Today, I feel like returning with the rest of the nominees for television series from Deadline. While the entertainment trade publication reported "On the TV side, AMC’s Better Call Saul, Starz’s Outlander and AMC’s The Walking Dead topped the list with five noms apiece," I already covered "Better Call Saul" in 'Birds of Prey' and 'The Flash' lead comic-book and superhero movies and television nominees — DCEU and Arrowverse at the Saturn Awards, so I'm covering both "The Walking Dead" and "Outlander" today along with the two nominated "Star Trek" series, which together tied "The Walking Dead" franchise with seven nominations. This is a clash of two returning winners, "Star Trek: Discovery" for Best New Media (Streaming) Science Fiction Series and "Westworld" for Best Science Fiction Television Series. I think "Westworld" was the more artistic production, so I voted for it, but I wouldn't be surprised if either of the Star Trek series beat it should the Saturn Awards electorate manage to rally around one or the other and not split their vote. 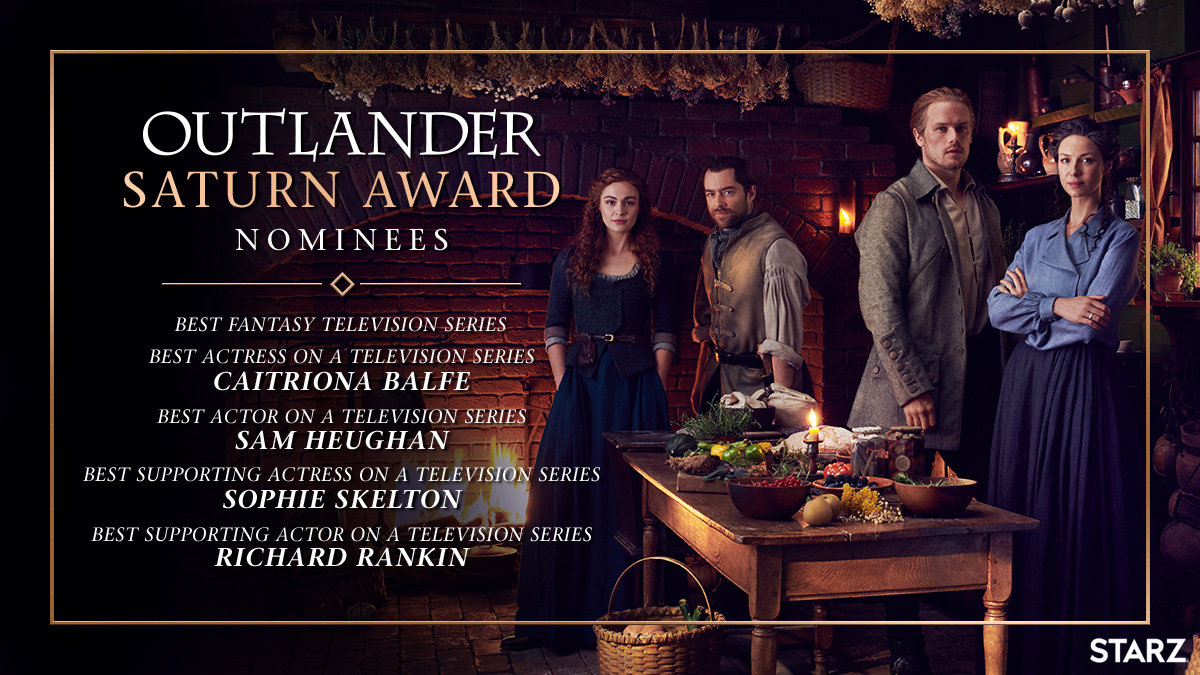 For All Mankind (Apple TV)

The contest here is between "Outlander" and "The Witcher." I voted for "Outlander," but I could certainly understand the award going to "The Witcher" if the rabid "Outlander" fandom doesn't show up. Somehow, I don't think that will happen, as the image from Twitter indicates. The show is putting on an awards campaign, which other nominees don't seem to be. 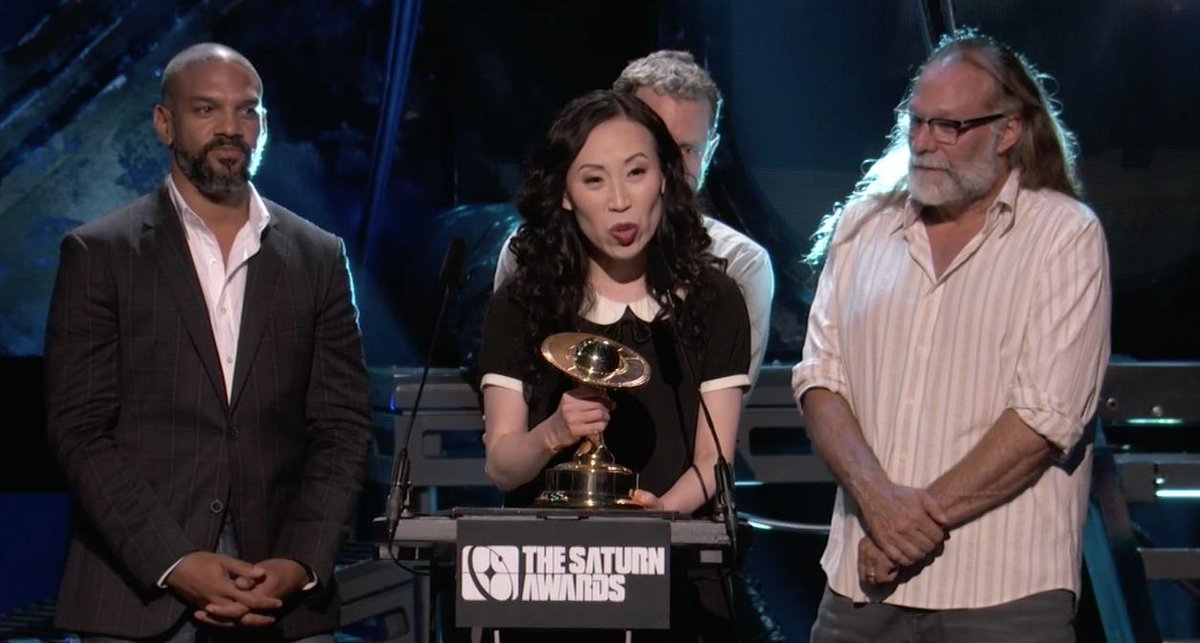 What We Do in the Shadows (FX)

Follow over the jump for the acting nominations on the big and small screens and the behind the camera nominations for movies.

I'm being a good environmentalist by recycling from 'Birds of Prey' and 'The Flash' lead comic-book and superhero movies and television nominees — DCEU and Arrowverse at the Saturn Awards.

Grant Gustin
The Flash (The CW)

Grant Gustin is the superhero nominee and Bob Odenkirk is the action/thriller nominee, but Sam Heughan is the returning winner, so I'm voting for him. I think it's between Heughan and Patrick Stewart with Odenkirk have an outside chance.

Best Actress on a Television Series

Candice Patton
The Flash (The CW)

I've never been a fan of Candice Patton, who is the superhero series nominee. I like Rhea Seehorn, the action/thriller nominee, better, but I'm not voting for her. I'm voting for Regina King, which pains me, because I also want to vote for Thandie Newton from "Westworld." After two years of my whining about being snubbed, she finally got a nomination here. Watch them lose to Sonequa Martin-Green or Caitriona Balfe, who I also want to vote for.

Again, a really good field, although I think superhero representative Luke Wilson is probably the weakest of the lot, while Jonathan Banks and Tony Dalton would be the professional choices. Out of all of them, I'm voting for Doug Jones, who was the winner in the streaming version of this category last year. Watch all of them lose to Norman Reedus. Zombies!

Natasia Demetriou
What We Do in the Shadows (FX)

Danielle Panabaker
The Flash (The CW)

While Cynthia Erivo really impressed me in "The Outsider," I really enjoy Sophie Skelton in "Outlander," and I learned the hard way not to underestimate Natasia Demetriou, I'm going to vote for Tessa Thompson. I'm not sure who the rest of the electorate will choose yet.

The superhero nominees are Brec Bassinger and Erin Moriarty. I think Moriarty is the better actress and I might vote for her, but I am leaning toward Isa Briones from "Star Trek: Picard" for now. I don't know if any of these three will win. I wouldn't be surprised if Cassady McClincy does instead.

I decided to vote for Isa Briones.

Now for the awards I've already covered in Star Wars at the 2021 Saturn Awards for Star Wars Day beginning with the guest star category.

That's it for the television nominees. I'll post two more installments, one with all my votes and then a post-mortem on how they turned out. In the meantime, stay tuned for World Bee Day.

Previous entries about the 2021 Saturn Awards
Posted by Pinku-Sensei at 7:44 PM