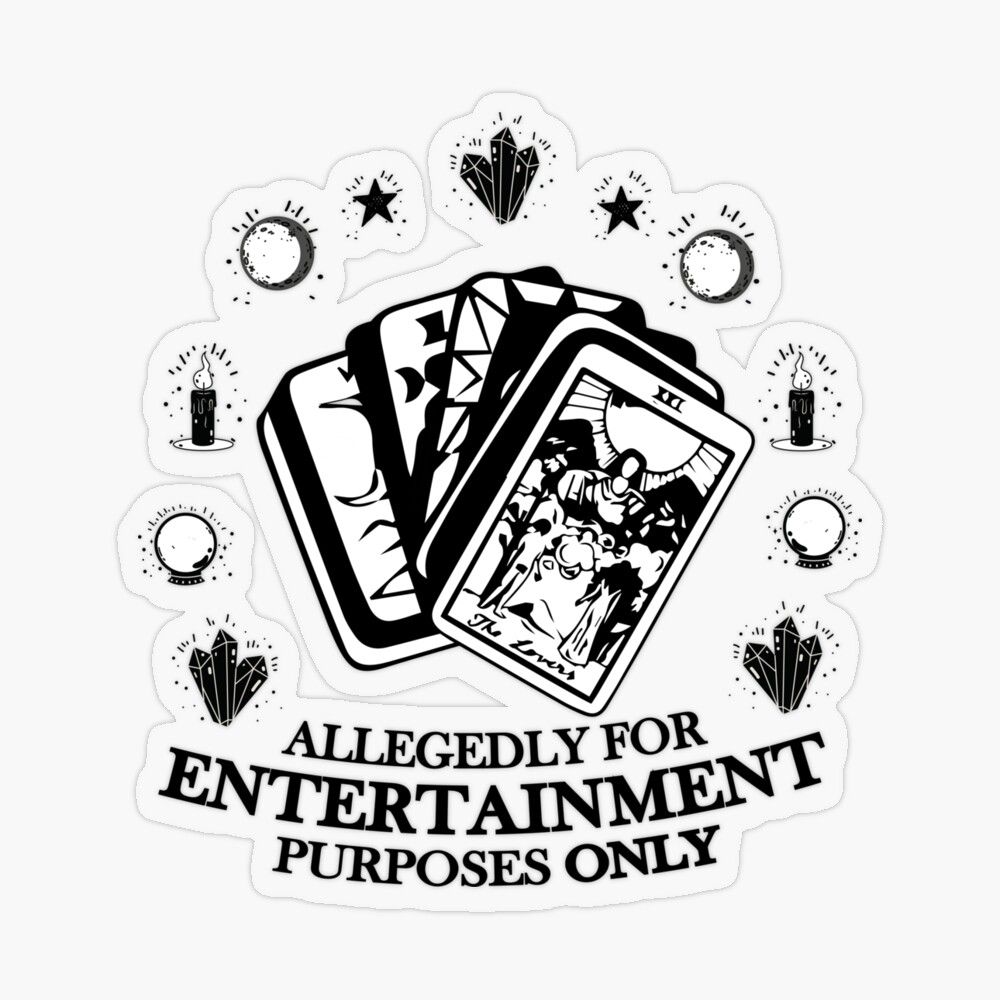 I managed to post the first comment on The Legacy of Luxor at The Archdruid's current blog Ecosophia.net.

"In 1932...Los Angeles passed an ordinance banning the teaching and practice of astrology" — How long did that last? Not past the 1970s, when the Los Angeles newspapers had astrology columns, which they labeled "for entertainment only." I even wrote a parody of one for the November 1980 UCLA Band newsletter in which I jokingly forecast that people born under my sun sign would find romantic companionship, writing "If you're a saxophone or clarinet player, you will find someone to wet your reed. If you're a trombone player, you'll find someone to grease your slide." That night, I went out with a trombonist, a date I did not have before I wrote the parody. Coincidence or wishful thinking come true? It certainly wasn't astrology, as I didn't cast a chart.

My comment started off a discussion about that law in particular and laws regulating divination in general beginning with John Michael Greer's response.

I suspect it was overturned fairly quickly. Astrology and other forms of divination faced quite a bit of this kind of harassment in the early 20th century, but none of it seems to have stuck.

That turned out not to be true, although it may as well have been. Follow over the jump, where the conversation continued between Greer the Archdruid and the rest of his readers about laws governing practices with the disclaimer "for entertainment purposes only," which is why I am posting it as a silly and serious Sunday entertainment feature.

I decided to read without responding further, just as I did in More from the Archdruid and his readers on zombies, part 2, when I told Greer "I think I will learn more by reading (listening) than I will by typing (talking)." That turned out to be true for the laws regulating fortune telling, too.

I was in Los Angeles in the 1970s during the lively occult scene and the opening of the Bodhi Tree bookstore with all its wonders. At that time, the practice of palmistry, psychic arts AND hypnotism was illegal, in that there were laws on the books dating back to the 1920s and 30s that prohibited the practices…but I never saw any enforcement going on.

Around that time, a group of physicians tried to get hypnotism outlawed in the state on the basis that it was “practicing medicine without a license” — but hearings at the State Capitol were pretty much chuckled out of existence. Hypnotists stopped referring to their customers as ‘patients’, or talking about ‘curing smoking’ or whatever. That turned the heat down. I doubt that the anti-occult laws were ever expunged, any more than laws against spitting on the sidewalk or tying your horse to a lamp post were removed. They’re just sitting there quietly, awaiting the day when a new crop of soul-crushers ferrets them out.

I went to the Bodhi Tree once on a date in 1987 with a woman who knew I owned a tarot deck. The store was still like Elkriver described, including the fortune telling and lack of enforcement of any laws against it. That's because it was (the store closed in 2011) in West Hollywood, not Los Angeles, so it wasn't subject to the latter's ordinances.

Because of this comment, Greer checked his facts in his response to Elkriver.

Elkriver, interesting. I just checked the LA municipal code and yes, the prohibition against fortune telling is still on the books. It only applies, however, if you’re conducting it as a business and taking money in exchange for fortune telling services.

Simon Peacecraft contradicted Greer with something that may be true, but turned out to be irrelevant.

What remains of that 1932 L.A. law is California code 332 PC a regulation to prevent "gaming" fraud fraud. I haven't checked lately but at least as late as 2015 you need a business license, a permit and some paper work like posted rate in some cities.

Mainly its to prevent cursed money and similar scams although like nearly everything in this state there some class bigotry involved.

Broadly though most card readers and I suspect astrologers have a fixed rate its usually about $50 a reading for cards , a license and a sign that says "For entertainment purposes only" which keeps them out of trouble.

There's the catchphrase for today's post and my justification for this being this week's entertainment feature — "For entertainment purposes only."

Here is the language of the ordinance that Greer linked to.

No person shall advertise by sign, circular, handbill or in any newspaper, periodical, or magazine, or other publication or publications, or by any other means, to tell fortunes, to find or restore lost or stolen property, to locate oil wells, gold or silver or other ore or metal or natural product; to restore lost love or friendship, to unite or procure lovers, husbands, wives, lost relatives or friends, for or without pay, by means of occult or psychic powers, faculities, forces, crafts or sciences, including clairvoyance, spirits, mediumship, seership, prophecy, astrology, palmistry, necromancy, cards, talismans, charms, potions, magnetism or magnetized articles or substances, oriental mysteries, magic of any kind or nature, or numerology.

No person shall engage in or carry on any business the advertisement of which is prohibited by this section.

Wow, that's a comprehensive list. Also, it doesn't ban the practice of divination, just doing it as a business and advertising it.

Fortune tellers around here in this part of California can even have storefronts all nice and legal and a government agency I know redacted used with great success a dowser.

The funny thing is though if someone in L.A, wants a reading and is willing to pay for it they can just go to the Internet. or make a phone call or drive a few miles.

Its of course the problem with law making and its absurdity as always.

Greer concluded this part of the discussion by pointing out its shortcomings and giving an explanation for its ultimate purpose.

Simon, I'm sure the LA ordinance is no longer enforced, but it's still on the books. Of course you're right that even when it was enforced, all that meant was that providers had to locate just outside the city limits. The point of that kind of ordinance, like the more recent anti-global warming and anti-racism ordinances, isn't to change anything - it's to signal to all and sundry that you're on the side of the notional Good People and opposed to the Bad People.

As I mentioned above, the Bodhi Tree was in West Hollywood, not Los Angeles proper, so it was an example of being located beyond the reach of its laws. In fact, West Hollywood was known as a refuge for fortune telling and other practices officially disapproved of in L.A., including homosexuality. That's what made West Hollywood an interesting place.

Rita Rippetoe started a different thread that began with an explanation of why L.A. stopped enforcing its anti-fortune telling ordinance.

Z Budapest challenged the LA fortunetelling statutes in 1975 when she was arrested by an undercover policewoman for a tarot reading at her metaphysical shop in Venice, CA. Her defense was that tarot and other fortune telling methods were part of women’s spirituality. She lost her case, but appealed and the state Supreme Court overturned the statute five years later. The case got a great deal of coverage in the neoPagan press at the time. Z. was leader of the Susan B. Anthony Coven #1 in the LA area. Later she moved to the SF Bay area and produced a feminist spirituality community cable TV show.

That explains why L.A. no longer enforces the ordinance; it's an unconstitutional violation of, I presume, the First Amendment. Greer thanked Rita for adding this to the discussion.

Rita, thanks for this. The law is still on the books, curiously enough — I looked it up online — but then LA apparently has a lot of bizarre defunct laws. As for Z, we met a couple of times at Neopagan events: an interesting old lady with an attitude and lots of good stories.

After an aside about the Manson Family, Rita Rippetoe continued with her story.

Legislative bodies frequently refrain from taking a law off the books even when they know that courts have overturned it. For example, there have been people charged with sodomy in Texas despite the fact that the Supreme Court ruled the law unconstitutional. From legislators point of view it is just a hassle that is unlikely to please constituents. If you announce that you are repealing the law against fortune telling, for instance, all kinds of people may show up to protest–fortunetelling is against god’s will, fortunetellers target the elderly and the naïve, fortunetelling can be a front for various con jobs, etc. Explain that the courts overturned a particular law and you will be labeled as having buckled under to the Libs/Radical Right depending on the particular law and which court issued the ruling. Easier to just leave laws on the books and hope the DA has the sense not to take any cases to court.

I don't know whether to describe Rita's response as pragmatic or cynical, but I agree with it. So did Greer.

Rita, granted. I wonder who would turn up to protest if the LA city council abolished their laws prohibiting wearing zoot suits, bathing more than one baby in the same bathwater, or permitting dogs to mate within 500 yards of a church.

Rita Rippetoe returned the discussion to a more serious tone.

Many laws against astrology, palm reading, tarot, etc. were aimed specifically at the Romani (Gypsies) or at other itinerant peoples such as "carnie" (workers in traveling carnivals). Major cities had specialized police units (Gypo squads) directed to detect and prosecute those who cheated people out of money by convincing them that their money was cursed, or similar schemes. Sorting truth from prejudice is difficult-settled peoples tend to be suspicious of wanderers, while nomads tend to resent the farmers and city folk who claim to own what the nomads regard as nature's bounty. The intersection with the occult is that strangers and members of "out" groups may claim or be credited with strange powers and arcane knowledge.

There was a Kickstarter campaign for a film with this premise started five years ago. It didn't seem to go anywhere. Too bad, because it has the same title as the catchphrase for this entry. 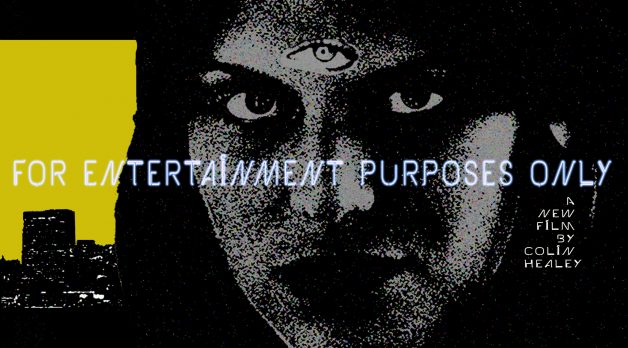 Add that to "The Top Banana" as a film I'd like to see completed. ETA: It's been converted into a TV series and retitled "In the Cards" so I'm getting my wish.

Greer responded with a historical note.

Rita, true. Nomadic and settled peoples have a long history of mutual animosity, enlivened by violence and fraud.

This exchange harks back to Greer's observation about laws being ways of separating the "Good People" from the "Bad People" that he used to end his exchange with Simon Peacecraft. That explanation of the purpose of laws makes this a serious post as well as an entertaining one.

Since this entry is about entertainment, I'm ending with the final sentence of Rita's comment.

Weird laws still on the books were routinely used as humorous filler items by newspaper editors who had an empty inch at the bottom of a column.

Greer's listing of L.A.s "laws prohibiting wearing zoot suits, bathing more than one baby in the same bathwater, or permitting dogs to mate within 500 yards of a church" certainly qualifies!

That's it for today's serious and silly examination of local laws. I hope my readers were as informed and entertained as I was.

Stay tuned for an observance of Memorial Day.
Posted by Pinku-Sensei at 12:40 PM