When I told my readers to "Stay tuned for a retrospective about the highlights of Crazy Eddie's Motie News on Pinterest" yesterday, I didn't know how I was going to to connect my top pins to current events. Last year, I didn't even try. Once I found out that Driving update for June 2017: Pearl plus Tesla worth more than GM or Ford was the most saved pin during the tenth year of this blog, I knew; it was either going to be pirates or electric cars, because the post associated with that pin is about my car Pearl the Prius, named after The Black Pearl from the "Pirates of the Caribbean" films. I'm choosing electric cars; the pirate fans will have to wait until Talk Like A Pirate Day or my next driving update, whichever comes first.

I begin today's coverage of electric vehicles with an overview of The Hidden Environmental Costs of Electric Cars from Seeker, formerly DNews.

As green technologies become more common, scientists are trying to 'green' the lithium-ion batteries that power them. One question being: can we innovate ways to reuse and recycle these complicated batteries?

Welcome to another example of two of Commoner's Laws, "there is no free lunch" and "everything must go somewhere." While electric vehicles reduce carbon dioxide emissions from the car itself, they create other environmental problems. As Seeker points out, recycling would reduce those costs, but there are technological and economic obstacles to achieving these reductions. CNBC's How Tesla’s Battery Mastermind Is Tackling EV's Biggest Problem reports on how one company is working on clearing those obstacles, not only to reduce waste, but to increase supply to meet the expected demand.

Former Tesla CTO and Elon Musk's right-hand man, JB Straubel, started Redwood Materials in 2017 to help address the need for more raw materials and to solve the problem of e-waste. The company recycles end-of-life batteries and then supplies battery makers and auto companies with materials in short supply as EV production surges around the world. Straubel gave CNBC an inside look at its first recycling facility in Carson City, Nevada. Watch the video to learn why battery recycling will be an essential part in making EV production more sustainable.

This video illustrates two more of Commoner's Laws, "everything is connected to everything else" through the movement of materials through the global supply chain and "nature knows best" through recycling, which mimics natural chemical cycling in the environment. That connects to "everything must go somewhere" not only through "there is no away" but also because "there is no waste in nature." All of those, plus its optimistic tone, makes it a video I can mention to my students. Welcome again to blogging as professional development.

That's it for today's update on automotive energy technology. Follow over the jump for the most saved pins during the tenth year of Crazy Eddie's Motie News. 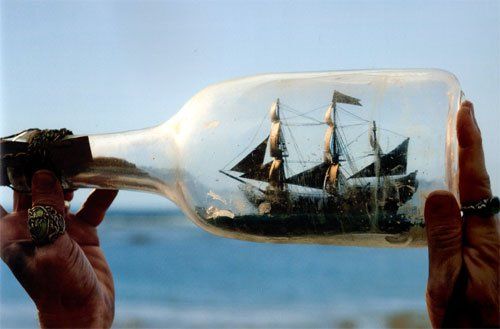 As I began this post, Driving update for June 2017: Pearl plus Tesla worth more than GM or Ford was the most saved pin during the tenth year of this blog with 343 total saves. That's a big jump from last year, when it earned 50 saves to become the sixth most saved pin during the blogging year. It was among the top three most saved pins all twelve months of last year. The pinners love pirates, even if they don't realize they are incidentally loving electric and hybrid vehicles in general and my car in particular.

The pinners who do love cars contributed to Final night of 2013 Dream Cruise from WXYZ being the second most saved pin last year with 247 total saves. That's another big jump from last year, when it had 55 total saves to rank fifth. The classic car fans on Pinterest one of the top five pins for ten months last year. Someone needs to create art that does for EVs what this pin and another popular image do for classic Detroit cars of the past, romanticize them.

A Drum Corps Ides of March for an election year was last year's top pin with 358 saves. This year, it fell to fourth with 159 total. I guess 2020 being an election year had little to do with its popular, just that it was a good drum corps meme. It made the top five six months of the tenth year of this blog.

Star Wars Drinks for Star Wars Day fell from the second most saved pin during the ninth year of Crazy Eddie's Motie News with 274 saves to the fifth most saved with 110. It made the top five during five months last year. May the Fourth be with you!

Higher oil prices because of attack on Saudi facility plus driving update for Pearl on Talk Like A Pirate Day rose from being merely the most saved pin of a post from the ninth year of this blog with 20 saves and essentially eleventh place overall to the sixth most saved pin this year with 100 saves. It made the top five most saved pins during seven different months. Like the most saved pin, fans of pirates propelled this pin into the top ten, not knowing they were promoting a post about energy and electric cars.

Again, a pin about classic cars follows one about electric vehicles, this time Thursday at the 2015 Dream Cruise from WXYZ with 44 saves to rank seventh. The virtual cruisers on Pinterest pushed this pin into the top five during five different months last year.

Rainbow unicorn farts in your general direction never made the top five any month last year, but it had steady interest resulting in 30 total saves to tie for eighth overall.

The other pin to tie for eighth place with 30 saves, Whale evolution: Student Sustainability Video Festival 64 got into the top five once during September 2020, when it was the fourth most saved pin that month. It managed to also attract steady interest the rest of the year to keep pace with the pin about whimsical mythical mammals. 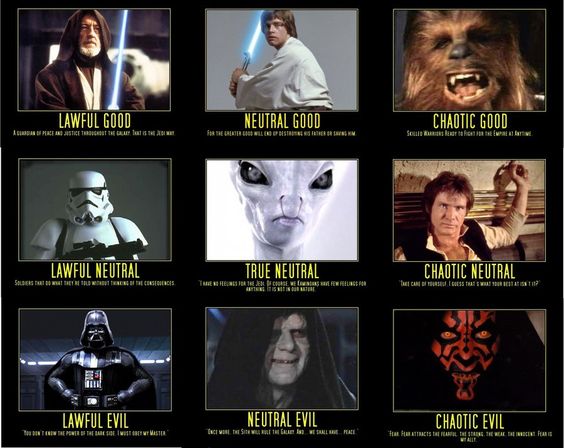 Two pins tied for tenth with 22 saves each. 'Star Wars' alignment charts fell from fourth last year with 62 saves, while 'Insurgent' tops box office in opening weekend rose into the top ten from nowhere beginning in June 2020. Neither made the top five during any month, but both enjoyed a steady if low level of popularity.

Another drum corps holiday post made the top twelve, Drink to a drum corps Bastille Day 2018 with the Santa Clara Vanguard with 20 total saves last year. Congratulations on making the night show!

Now for the most saved pins from this blogging year. 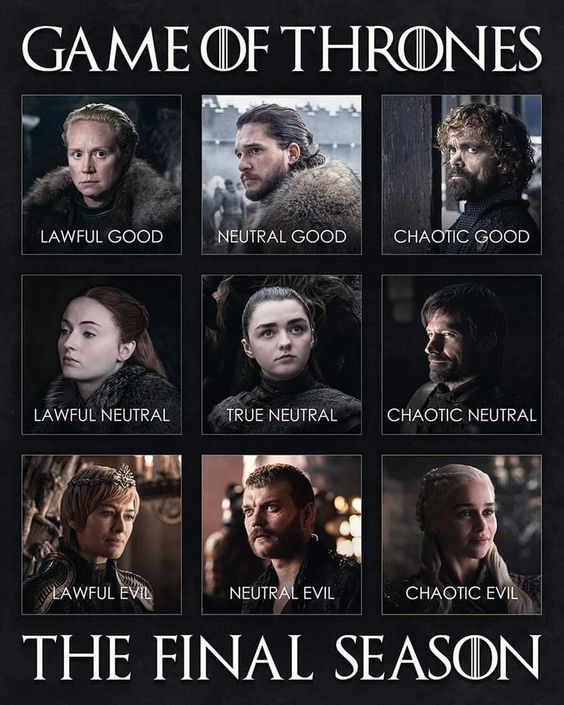 Alignment charts from the back catalog for Throwback Thursday with music by the Harp Twins was the most saved pin from the current blogging year with three total. Pinners liked the Game of Thrones alignment chart.

Now for a correction to Seth Meyers updates late-night talk show hosts on the 2020 election and its aftermath for Throwback Thursday on April Fools Day. Colbert, Kimmel, Meyers, Corden, and Fallon express outrage and offer comfort in response to yesterday's attempted self-coup did not tie for the most saved pin from last year. It was the second most saved pin of a post during the tenth year, but it was the most saved pin during the month I posted it (January 2021) with 2 saves.

Since any post of mine using an alignment chart is not complete without a fan cover of one of the theme songs of the featured shows, I'm fulfilling a promise I made in 'My Octopus Teacher' wins Documentary Feature at the Oscars.

If you were expecting the Harp Twins, don't worry. I plan on using them when I write my retrospective about Pinterest. Remember, I'm environmentalist, so I conserve my resources.


Behold the power of the Dark Side!

With that, I conclude this series on the same date I did last year, tying my record for most rapid recap of retrospectives. May I be as expeditious next year!