Star Wars at the 2021 Saturn Awards for Star Wars Day 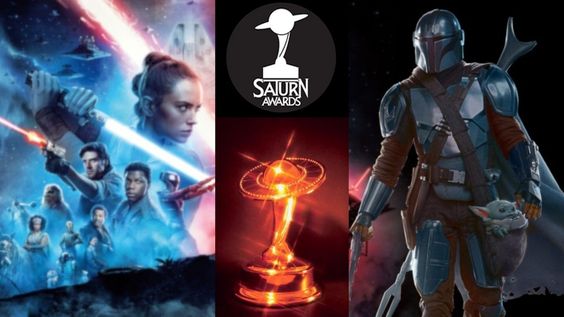 Happy Star Wars Day and May the Fourth be with you! For today's cosmic cinematic celebration, I am returning to a theme I have been unable to explore since 2018, nominations for the "Star Wars" franchise at the Saturn Awards. Three different properties earned nominations, "Star Wars Episode IX – The Rise of Skywalker" with twelve, "The Mandalorian" with two, and "Star Wars: The Clone Wars" with one.

As Deadline noted, the dozen nominations for "Star Wars Episode IX – The Rise of Skywalker" leads all movies at the Saturn Awards. "Tenet" follows in second with nine, while "Doctor Sleep" sits in third with eight. Since "The Rise of Skywalker" and "Tenet" are competing against each other in seven categories, including Best Science Fiction Release, I am framing today's entry as a head-to-head contest between the two as well as my usual angle of examining fantastic and futuristic politics and government in film and television.

I begin with the nominees for Best Science Fiction Release from the Saturn Awards website.

Before the pandemic delayed all the awards shows except the Emmys, I was expecting a matchup between "Star Wars: Episode IX - The Rise of Skywalker" and "Ad Astra." The latter is a more realistic depiction of futuristic politics and government than anything in the "Star Wars" universe, but it isn't as good a movie as either "The Rise of Skywalker" or "Tenet." I was planning on voting for the last installment in the literal trilogy of trilogies in this category last year and I'm still planning on voting for it this year. I also expect the Saturn electorate to vote for "The Rise of Skywalker" as well. I don't think they'll do to the culmination of the Skywalker Saga what they did to "Solo" two years ago and to "The Last Jedi" three years ago by voting for a movie not in the franchise. Remember, electorates matter and so does the field of nominees.

"Tenet" is the only science fiction film nominated in the next category, which the action and thriller nominees dominate.

Daisy Ridley from "The Last Jedi" is competing against actresses for a wider variety of genres in the next category.

"The Rise of Skywalker" is competing against both itself and "Tenet" in the next category.

Between Adam Driver and Ian McDiarmid, I'm voting for Driver. While I suspect the Saturn electorate will as well, they could surprise me by choosing Chris Evans or Robert Pattinson.

While neither "The Rise of Skywalker" nor "Tenet" have nominees in the next category, two other nominated science fiction films do.

I'm surprised that Ana De Armas is nominated here; I consider her character to be the female lead in "Knives Out." I won't protest her miscategorization by voting for someone I think is playing more of a supporting role. Instead, I'm voting for De Armas, although I wouldn't be surprised if the rest of the voters choose Zazie Beetz or Linda Hamilton.

"Tenet" and "The Rise of Skywalker" are competing against each other in all but one of the remaining movie categories.

Out of all these, I'm leaning to Bong Joon H and Han Jin-won for "Parasite" or Todd Phillips and Scott Silver for "Joker." I think the Saturn electorate would prefer "Joker," which might be enough for me to join them.

"Once Upon a Time... In Hollywood" won the Oscar last year, while "JoJo Rabbit" and "Tenet" were merely nominated and the Oscars ignored the rest, so I'm voting for Barbara Ling. I wouldn't be surprised if the Saturn electorate voted for "Star Wars: Episode IX - The Rise of Skywalker."

I've observed before that the Saturn Awards like to stick it to the experts and insiders. They appear to have done that in this category, as last year's Oscar winner for Best Score, "Joker," didn't even get nominated. On the other hand, the Motion Picture Academy snubbed the score for "Tenet" but it's nominated here. That might be enough for the Saturn electorate to vote for it, although the professionals and insiders would probably pick "Mank." I'll have to listen to selections from the scores to make my decision, which I'll report in a future installment. 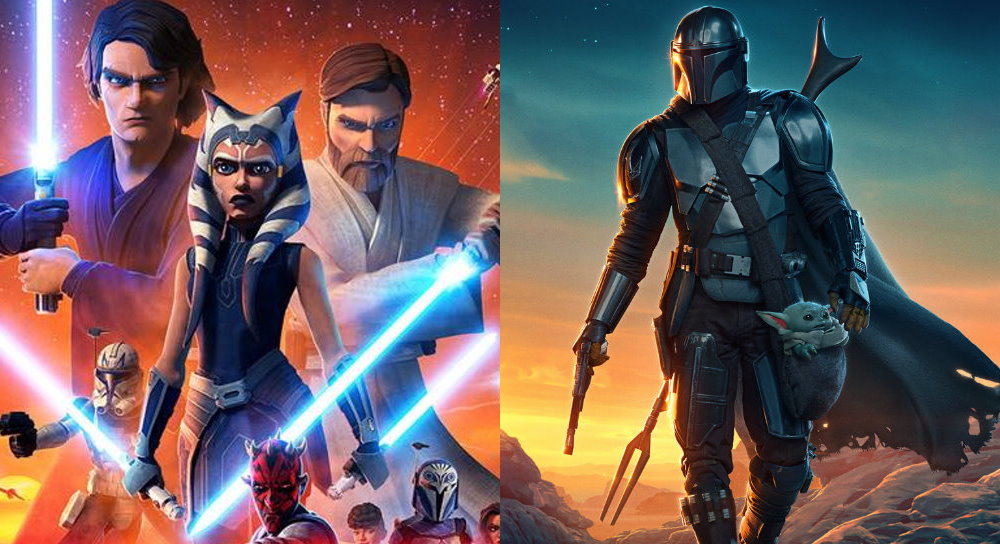 Now for the television categories with "Star Wars" nominees.

Based on the stated eligibility period of July 15, 2019-November 15, 2020, "The Mandalorian" is miscategorized, having eleven episodes released during that time and sixteen overall. It really should be listed among the nominees for Best Science Fiction Television Series. That written, I'm not going to complain that it's not competing against "Star Trek: Discovery" or "Star Trek: Picard." I'll just vote for it. I think that the rest of the Saturn electorate will, too.

While I'm glad to see "Star Wars: The Clone Wars" here, I don't know if I'll vote for it. I might vote for "Rick and Morty" or "Primal" instead. On the other hand, the Saturn electorate loves animated "Star Wars," so "Clone Wars" has a good chance of winning.

Since John Williams earned a nomination for Best Film Composer, I conclude with John Williams - Finale (From "Star Wars: The Rise of Skywalker"/Audio Only).

This will be the final word in the story of Skywalker.
I have spoken.
Posted by Pinku-Sensei at 3:59 PM