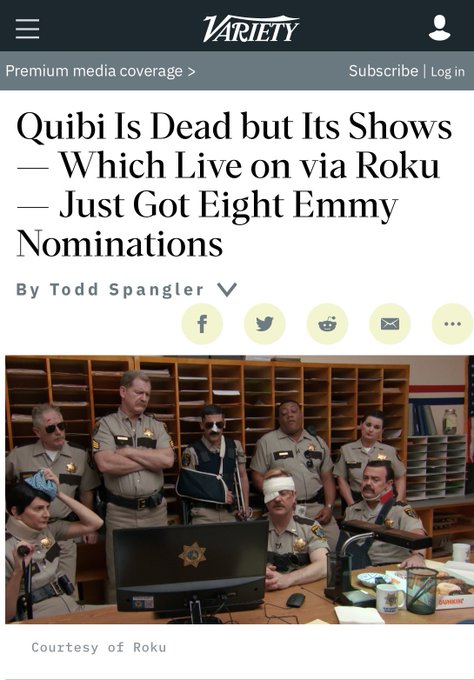 When I covered scripted short form nominees last year, I expressed a concern about Quibi.

Quibi's 10 nominations have brought the short-form streaming service much needed attention for something other than its weak subscription numbers. That's good, but while Emmy nominations are a sign of quality, they are no guarantee of long-term survival. Al Jazeera America earned lots of Emmy nominations for news but shut down just the same after less than three full years. I wish Quibi better luck with its business.

Despite winning two Emmy Awards for #FreeRayshawn, Quibi didn't even last a year, calling it quits in October and shutting down in December. That still qualified their shows for this year's Emmy Awards and three of them earned eight nominations in three categories. Oh, and the shows are now on Roku, which is claiming them as their own. 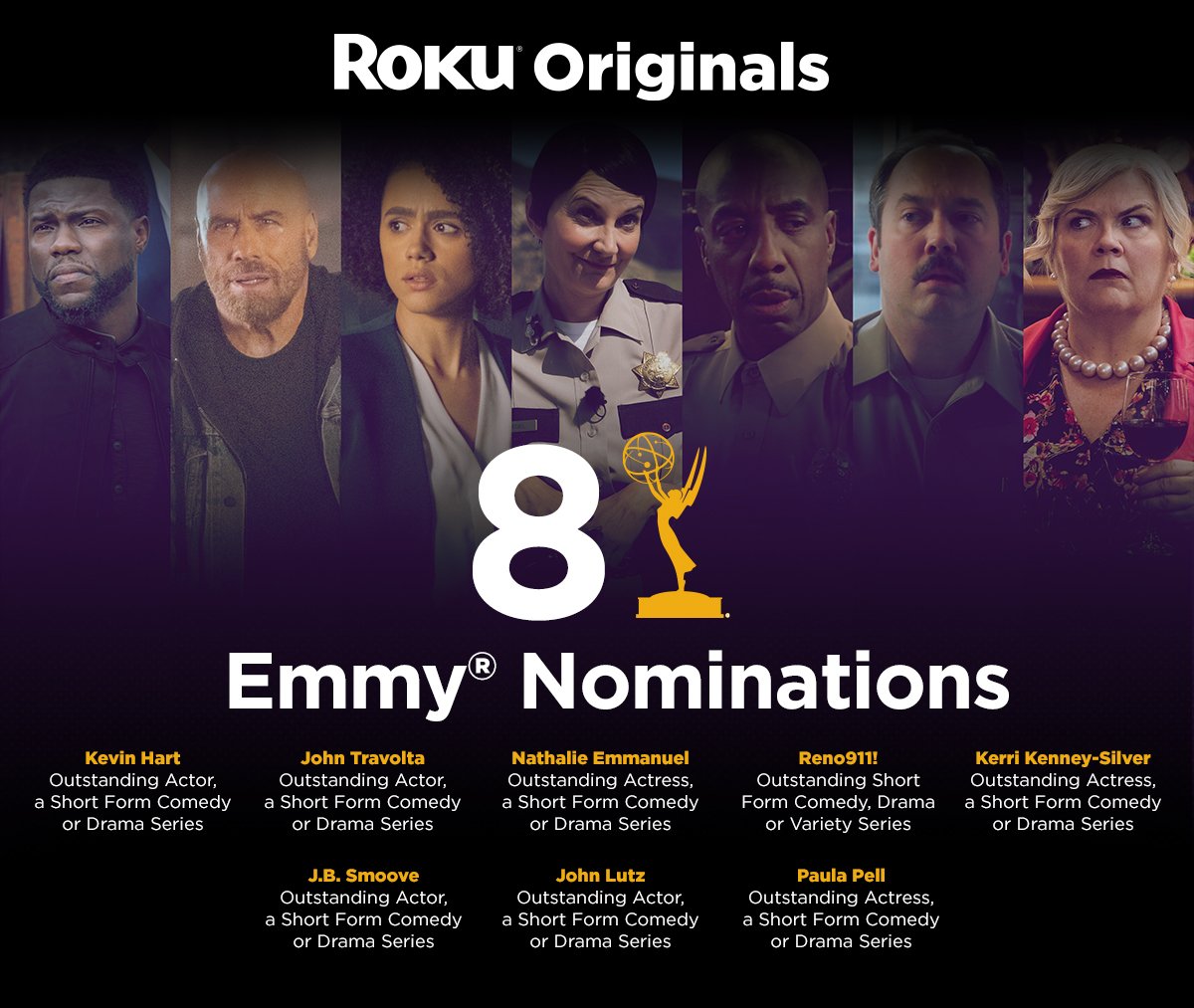 In this case, the network was canceled, but the shows were renewed.* 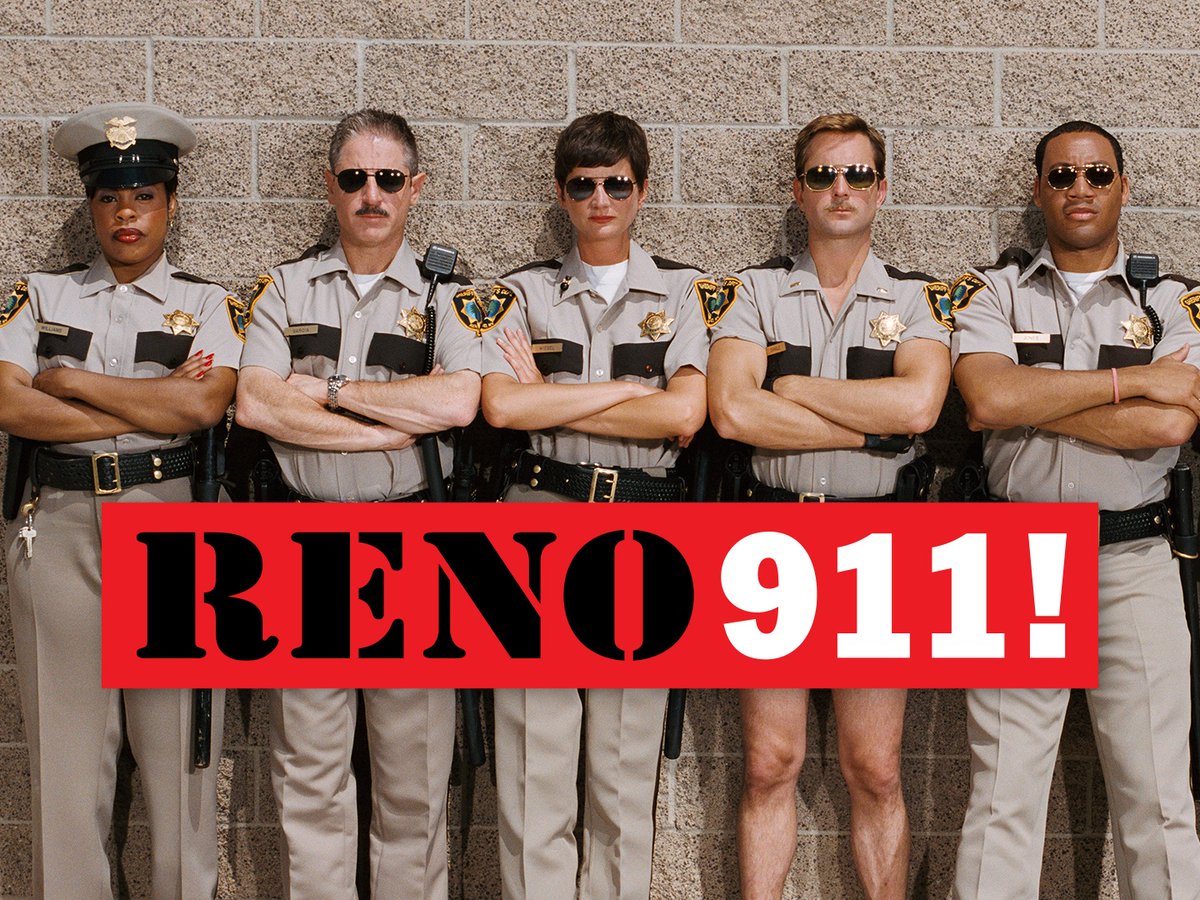 This is a very different looking category from last year because the Television Academy merged Outstanding Short Form Comedy or Drama Series with Outstanding Short Form Variety Series to recreate Outstanding Short Form Comedy, Drama or Variety Series. Consequently, more of last year's Short Form Variety Series appear here than the sole returning scripted comedy from last year, "Reno 911!" At least the addition of variety nominees didn't dilute the political and government content, with "Late Night with Seth Meyers: CORRECTIONS," "The Randy Rainbow Show,", and "Stephen Colbert Presents Tooning Out the News" providing a lot of political content to go along with the funny cops of "Reno 911!" While I'm rooting for "Stephen Colbert Presents Tooning Out the News," I expect "Carpool Karaoke: The Series" will win instead. I've learned not to underestimate James Corden. At least he's not nominated for acting, which is next. 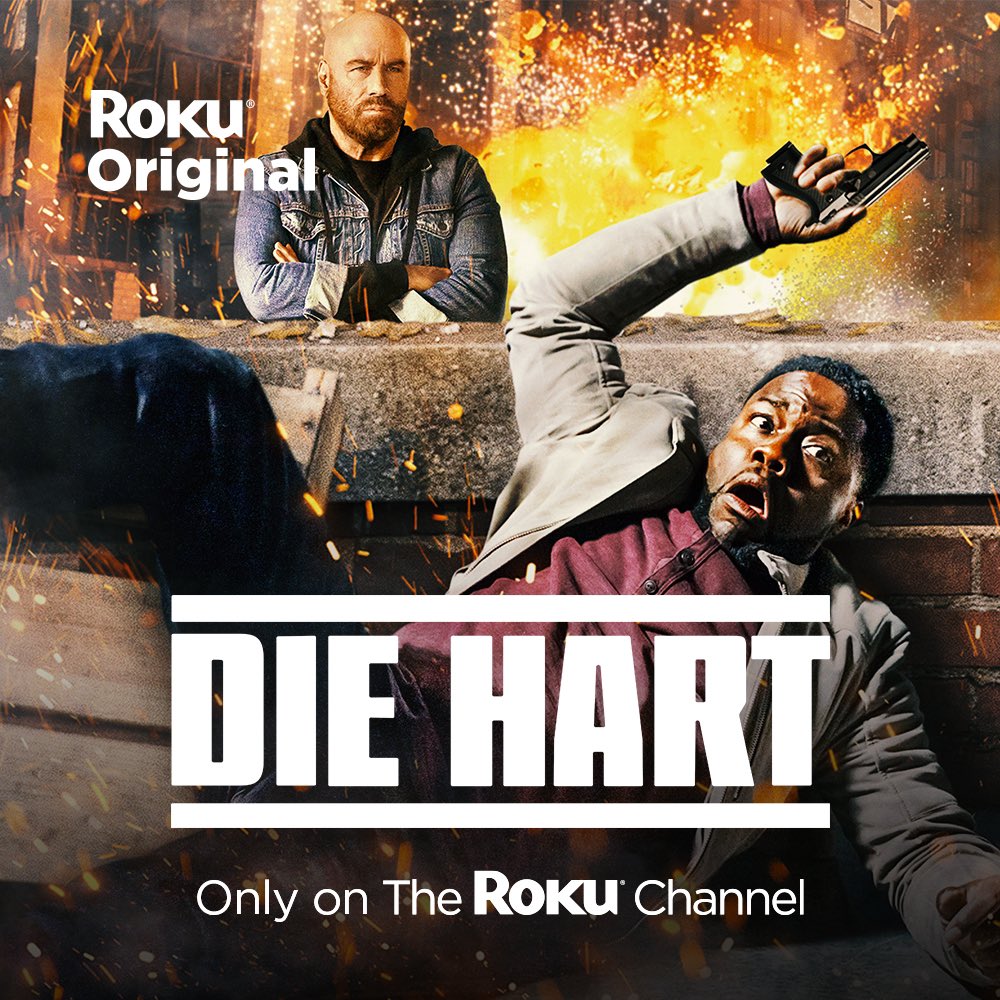 The only nominees depicting government employees in this field are J. B. Smoove as Chief Billy Bills and John Lutz as Gilbert Pewntz on "Mapleworth Murders" and I don't think either are the favorite.  Instead, I'm picking Kevin Hart from "Die Hart," a show about Hollywood, which will earn votes when all else is equal.  I could be wrong, as John Travolta's role was written for Bruce Willis, who turned it down.  That might be a big enough role that he could upset Hart or split the vote, letting Brendan Scannell sneak past for the award 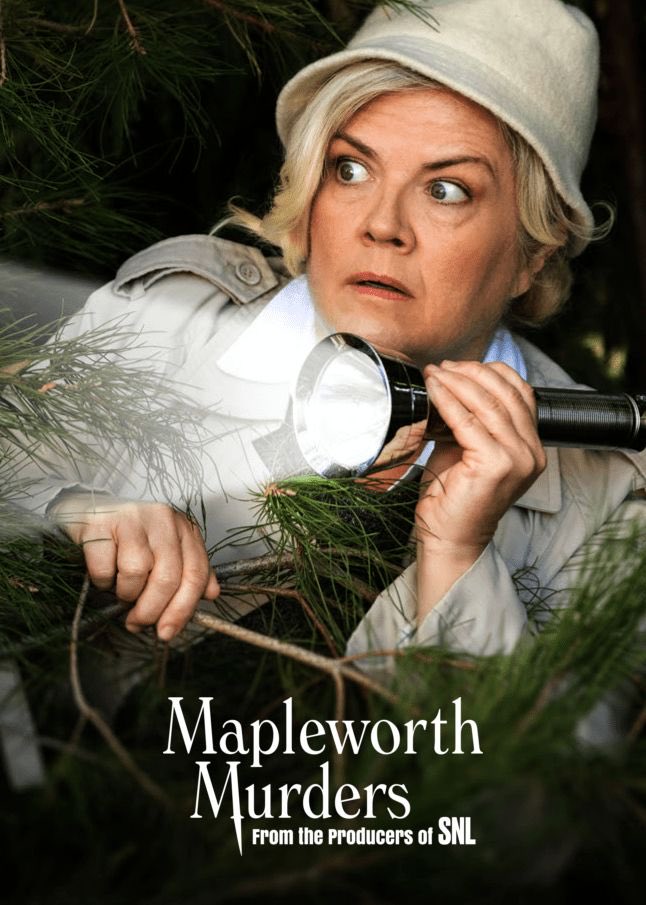 While Kerri Kenney-Silver is both the only returning nominee and only nominee playing a government employee, I'm not sure she's the favorite. Nathalie Emmanuel seems to be participating in her awards campaign on Twitter and Paula Pell is the actual star of her own show, so I think both of them have better chances.

*That's not quite a first, as UPN and WB merged to create The CW and the most successful shows from both ended up on The CW, but at least there was some corporate continuity between the old and new networks. That's not the case here. At least Roku is here to run the awards campaign.

Previous posts in this series
Posted by Pinku-Sensei at 12:37 PM