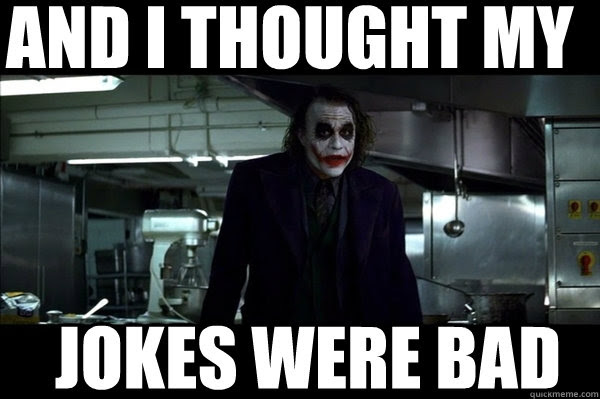 I made an aside about Bill Kristol in 2016 could be a good year for minor party candidates.

The Atlantic wrote There's Still Time for a Serious Third-Party Presidential Run.  Yes, if it's the Libertarians or Greens, who will have ballot access in a majority of states; the Libertarians might have ballot access in all of them.  No, if it's William Kristol's quixotic crusade to draft someone like Romney as an Establishment alternative to Trump; the deadline to get a true independent on the ballot in Texas has already passed.  Besides, any idea Kristol favors is likely to be a bad one.

Earlier this month, Kristol proved me right when his search turned up--David French?

Over Memorial Day weekend, Bill Kristol of the Weekly Standard hinted that anti-Trump forces were poised to mount a major candidate to run as an independent. Last week, news broke that the candidate Kristol had in mind was French, a writer for the National Review who served in Iraq and was awarded a Bronze Star.

Really?  He couldn't get Jon Huntsman?  Fortunately, that news turned out to be too bad to be true.

In an article posted on the National Review’s website Sunday night, French said he opposes both Trump and Hillary Clinton but determined after “serious study” that he would not be the right candidate for the job.

“[G]iven the timing, the best chance for success goes to a person who either is extraordinarily wealthy (or has immediate access to extraordinary wealth) or is a transformational political talent. I’m grateful for the opportunity to serve my country, and I thank God for the successes I’ve had as a lawyer and a writer, but it is plain to me that I’m not the right person for this effort,” he wrote.

Heath Ledger's Joker best summarizes my reaction to both announcements: and I thought my jokes were bad.


For more laughs, read Wonkette on the subject.

As for Kristol, he should give up on his quixotic quest, as I wrote in CNN and MSNBC interview Libertarian candidates William Weld and Gary Johnson.

[William] Weld running with Johnson [is] a very serious ticket should the Libertarians actually choose both. They are serious about being the alternative to Trump and whoever he picks (please, let it be either Gingrich or Palin--the laughs will keep coming all the way to Election Day!) Too bad neither will meet the approval of William Kristol; the Libertarians are insufficiently hawkish and interventionist for his taste. He'd be better off with Hillary Clinton, but he'll never admit it. No wonder liberals call him "Captain Always Wrong."

Well, he isn't always wrong; he's right in this tweet: "Official position of the leadership of the Republican Party: Trump is an inexcusable bigot, and Trump must be our next president."  Even a stuck clock is right twice a day.  My advice is to wait another 12 hours to listen to him again.
Posted by Pinku-Sensei at 9:22 AM