Miss Michigan on diversity and #BeingAmerican 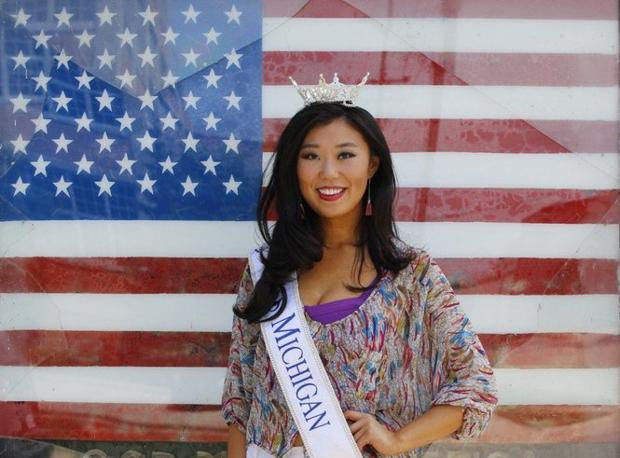 I blog very little about beauty pageants, here or elsewhere.  I've only mentioned the phrase "beauty pageant" once on this blog in a passage I quoted in 'Divergent' and other teen dystopias, which means that I didn't even write it.  I did write about Miss USA in Univision to Trump: "You're Fired!"  That was in the context of Donald Trump's offensive comments that I covered in Trump is Penguin for President.  Other than that, nothing.  I have to go back six years to a LiveJournal entry to read something from me about beauty pageants and their contestants.*

That written, this year's Miss Michigan has moved me to blog about her here.  I'll let her speak for herself in Day with Miss Michigan 2016 from MLive.

Three paragraphs in particular from the accompanying article stand out, along with the headline: From China to Miss Michigan: Arianna Quan says America must embrace its diversity.


Her multicultural heritage is also a point of pride. As Miss Michigan, Quan will advocate for her platform, "Being American: Immigration & Citizenship Education," in an effort to help Americans realize the true diverse dream that is the United States of America.

"During this election year I realized how important it was for immigrants and naturalized citizens especially to speak out about their experiences in this country," she said. "We are so diverse and it's so important for all of us to embrace that. That's why my platform is what it is and hopefully going to Miss America in this election year I can raise awareness about what it means to be an American."

Her timing is pretty good, too. Since June is Immigrant Heritage Month and July is National Minority Mental Health Awareness Month. Both month-long initiatives should provide plenty of opportunities for Quan to speak on issues that have affected her directly.

Quan has an entire page on her website devoted to her #BeingAmerican campaign.  She also has this message on her site's home page.


My name is Arianna Quan and I am currently attending the College for Creative Studies in Detroit studying Transportation Design. When I am not drawing cars or using power tools I am out and about promoting my platform through the Miss America Organization; Being American: Immigration and Citizenship Education.

As the first Asian-American Miss Michigan and to be a naturalized citizen, I find it absolutely imperative to speak out on subject matters that so many immigrants and foreign born citizens face in our ever polarizing society. Obstacles like sexual assault, mental health, gender inequality and beyond are ubiquitous yet exacerbated from the marginalized perspective of a minority. As this election year has revealed some sobering and enlightening perspectives, the time is now to step forward as a first generation American and encourage fellow foreign and US born citizens to engage and learn from one another.

Along with my personal cause I am a strong supporter for MAO’s national platform: promoting women in STEM – Science, Technology, Engineering and Mathematics. With the automotive industry in serious need of young ladies, I aim to use my education as an extension and focus while talking about STEM and the arts to young girls.

A beauty pageant contestant promoting progressive causes and STEM education for women.  I support all of this, so I support her.  Good luck in Atlantic City, Miss Michigan!  I'll be rooting for you this September!

*Here's that entry, which also happened to touch on diversity and the immigrant experience, along with being my favorite anecdote about the early unreliability of Wikipedia. 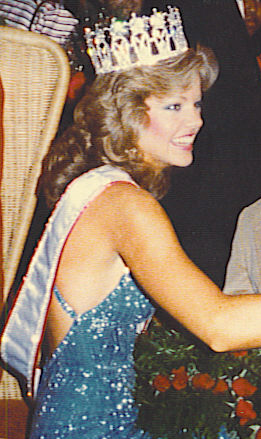 The announcement of the crowning of Rimah Fakih as Miss USA earlier this month came with a lot of sturm und drang over her being the first Arab-American to win the crown. Wikipedia itself states:


A native of Lebanon, as a child Fakih moved to the United States with her family. As a Muslim and an Arab, she is reputed to be the first person of her nationality, ethnicity or religion to be named Miss USA. In 2008, she traveled back to Lebanon to compete in the Miss Lebanon Emigrant pageant, placing third.

For a while, information on the web indicated that not only was Rima not the first Arab-American, but she wasn't even the first Lebanese-American. That information indicated that my fellow UCLA alum Julie Hayek had a Lebanese father. That was news to me; I went to school with her and thought she was Czech. It looks like Wikipedia caught up with reality. Here's what the site says now.


Hayek is of Czech and German descent on her father's side.[2][3] Her father was an airline pilot and her mother, Peggy, a high school guidance counselor.[1][4] She graduated from UCLA with a degree in biology.

Turns out that the Detroit Free Press was on the job to track down the truth.


It is indeed true that Rima Fakih is the first open Arab-American to win Miss USA.

False claims on blogs, Wikipedia, and even some mainstream media outlets have asserted -- without any reporting -- that Miss USA 1983, Julie Hayek, was an Arab-American with roots in Lebanon.

But Hayek says that is not true.

Contacted by the Free Press, Miss USA 1983 said that she has no ancestry in the Arab world at all and is not Arab-American.

"I am not Arabic," Hayek told the Free Press on Wednesday. "I am Czech. Hayek is of Czech descent."

That's what I'd thought for years, too. Glad to see that confirmed.

You might be wondering, is Julie connected to show business, like all the rest of the famous people from my past that I've blogged about? Of course she is. I'm originally from Los Angeles. Do you think I'd blog about sports figures?