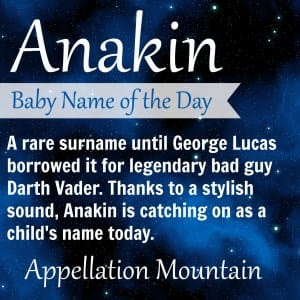 Anakin: Baby Name of the Day

I concluded Examiner.com article on Chamber of Commerce endorsements by telling my readers "Stay tuned for a parent-themed entertainment entry on Father's Day.  Right now, I'm planning on following up on Baby names inspired by fandom for Mother's Day with Star Wars names."  I concluded that post with "I would bet on a lot of Finns, Poes, and Reys over the course of the next six years."  Why do I expect that?  Look at the following graphs from Quartz's After each Star Wars film come the Star Wars babies.

Yes, after the prequels, both names became more common.  Anakin has staying power as it rose in popularity rose 48 spots from 960th in 2014 to 912th in 2015 according to the Social Security Administration.

Here is the rank popularity of the name updated to 2015. What does Anakin mean?

The power of "Star Wars" began with the first film in 1977, as the following graphs from Quartz show.

It even worked for minor characters.

If Lando got a boost as a name, imagine what will happen to Finn, Poe, and Rey over the course of the next five to eight years while the sequel trilogy plays out.  I can and that's why I made my prediction.

With that, I wish my readers a Happy Father's Day! 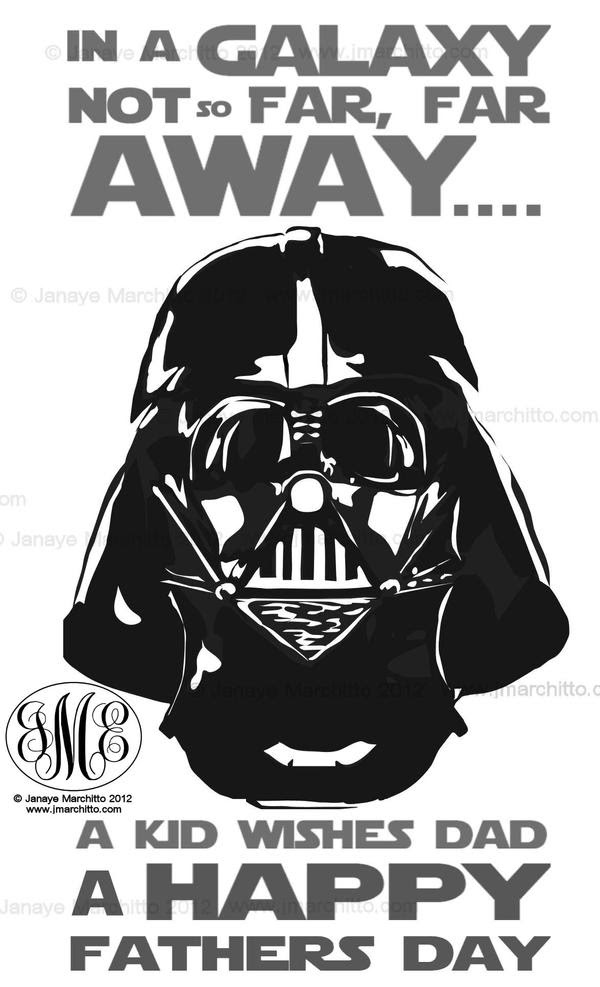