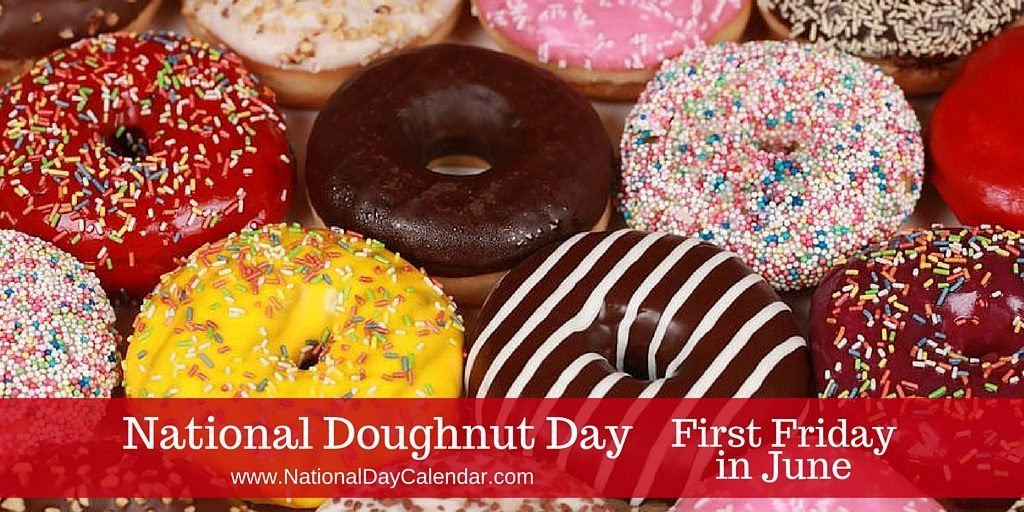 Last year, I added another holiday to the list I celebrate here, National Donut Day.  The day was yesterday, and ABC News marked it by posting Nuts for Donuts | International Donut Day 2016.

Of all the made-up national food holidays, National Doughnut Day may be the best. Find out the history behind the tasty treat and don't forget to celebrate by visiting your local donut shop!

At least the video sticks to the history of the holiday itself without going too much into that of the donut, which I have a family connection to.  Time to be a good environmentalist and recycle.

I'm descended from the brother of Johnny Fry, the first Pony Express rider out of St. Joseph, Missouri.  He's connected to the origin of donuts.

Fry quickly gained a reputation for never failing to deliver the mail, regardless of weather or danger, and was a fast rider, averaging a speed of 12.5 miles per hour, including all stops. Local lore says that the donut was invented as a cake for Fry to eat while speeding by young girls homes near Troy, Kansas.

This is also family lore.  My father told me that the girls would try to give him cakes and cookies, but he rode so fast that when they tried to give them to him, they would just crumble.  The solution was a fried cake with a hole in the middle, which he could hook like a ring on a carousel.  Thus the donut was invented.

That's a really cool story.  Unfortunately, it's not the accepted one.   Smithsonian Magazine gives credit to someone else a couple of decades earlier in The history of the doughnut...Johnny Fry and his female admirers are not mentioned at all, not even to debunk the legend.  Darn.  Just the same, Happy National Donut Day!

And a belated Happy National Donut Day to my readers!
Posted by Pinku-Sensei at 9:27 AM