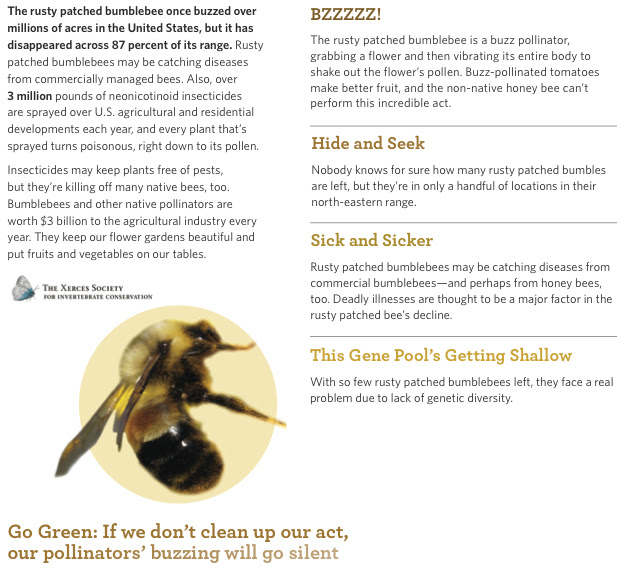 This week, the rusty patched bumblebee officially became the first bumblebee in the U.S. to make the endangered species list. According to the US Fish and Wildlife Service, the bee is one of the pollinators experiencing serious population declines across the United States. The species was initially set to get protected status last month, but the listing was delayed after Donald Trump ordered a temporary freeze on new regulations following his win in the presidential election. Since the 1990s, the population of the rusty patched bumblebee has fallen over 87 percent, leaving tiny numbers in just 13 states.

That's probably the first good environmental news out of this administration.  I don't expect a lot more, based on what Trump said in Willow Run on the Ides of March.
Posted by Pinku-Sensei at 9:52 AM