Equality in work and politics for International Women's Day 2017 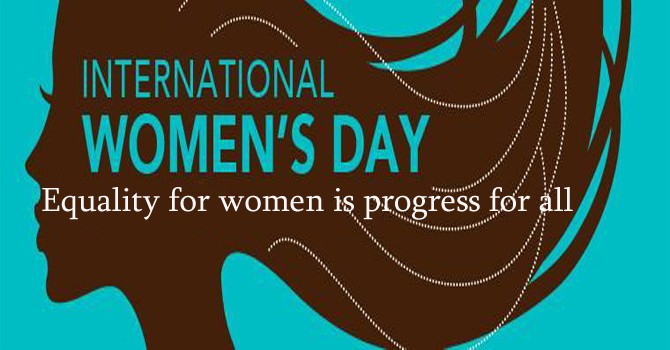 I opened Happy National Pancake Day 2017! by declaring "I love holidays, even fake ones" and closed it by noting that "There are a bunch of holidays, real and fake, coming up this month, with Purim, Pi Day, The Ides of March,  St. Patrick's Day, and Nowruz all on this blog's calendar."  It turns out that I missed on that I had celebrated here twice before, International Women's Day, which is today.*  Like National Pancake Day, I skipped it last year because of the election, and like yesterday's combination of commerce and charity, I'm resuming observing it this year.  Happy International Women's Day!

I begin the celebration by sharing 2017 International Women's Day from the United Nations.

United Nations - UN Secretary-General António Guterres' hails women for their many contributions on International Women's Day, 8 March 2017. This year's theme is “Women in the Changing World of Work: Planet 50-50 by 2030”.

Yes, we need everyone, male and female, to deal with climate change, sustainable development, and conflict resolution.  The Crazy Eddie in me likes that.

One of the places where women can achieve equality and parity in the workplace is through politics.  CNN has that story in More women running for office to oppose Trump.

CNN's Kyung Lah interviews women who were inspired to run for political office and get involved in politics after President Donald Trump won the election.

Trump's election is doing more than just inciting women and men to march in protest.  I wish all these candidates luck, strength, and skill in their efforts.  We will all need them.

*Another is World Wildlife Day, which falls on March 3rd.  I saw that and thought, darn, a great holiday to observe on this blog, just like World Oceans Day.  Then I looked again at the date of More evolution in action among urban animals and realized that I had posted it on March 3rd.  I had celebrated World Wildlife Day and didn't even know it!
Posted by Pinku-Sensei at 10:17 AM