Statistics for the sixth year of Crazy Eddie's Motie News 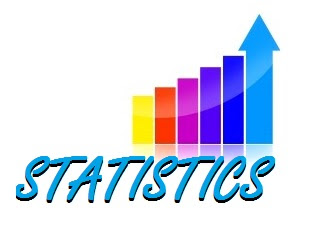 I promised a statistics entry and teased it yesterday, so it's time to deliver.

Follow over the jump for my analysis of these numbers.

For the past three years, my goal has been to increase page views per post while still increasing my overall readership.  Once again, I succeeded spectacularly, in fact, beyond my wildest expectations.  Page views increased by 99.91% (176,306) last year over the year before, much larger than the previous year's 20.97%.  Meanwhile, I posted 48 fewer entries, a decrease of 13.33%.  The result was an increase of page views per entry posted from 405.65 during 2015-2016 to 935.71, an increase of 130.67%.  Not only is that more than double last year's growth of 46.83% and nearly double the year before's increase of 69.32%, it's the largest increase in this metric in the history of the blog.  I have to go back to the statistics for the second year of Crazy Eddie's Motie News to find anything close, an increase in both overall page views and page views per post of 104%.  Wow!  To repeat what I wrote last year, "I'm still growing my readership without feeling that I'm working too hard,  I'm still at least a couple of years away from reaching the point of diminishing returns again."

As for the source of my greater readership, I credit the increased page views to four factors, First, I've been sharing 2-5 links a month to my blog at the Coffee Party USA Facebook page, which can draw thousands of readers with each share.  In addition, the background rate of page views has been increasing.  Third, Infidel 753 has been linking to my blog regularly at his blog and Crooks&Liars.  Thanks, Infidel!

Finally, January through March saw something very odd -- big surges of page views that last a day, then abate for a couple of days, then resume.  On a minute-by-minute basis, they appear as bursts of 5-10 page views a minute for five or so minutes.  At first they're spaced 30 minutes apart.  After a few hours, the intervals shrink to 25 minutes, then 20 a few hours later, then 15 minutes a few hours after that, then 10 minutes, and finally a few hours of five or more pages per minute continuously for a couple of hours.  After that, back to normal, which consists of cycling between 10 and 50 page views per hour over 3-4 hours.  These episodes can peak at more than 300 page views an hour and result in more than 3,000 page views in a day.  It looks like some type of bot that is making itself conspicuous.  Unlike earlier episodes of bots increasing page views, which usually originated in Russia, this activity is coming from within the United States.  I find the whole thing very strange.

On the other hand, I am sharing fewer links at Greer's and Kunstler's blogs.  Since October, I've been leaving one or two comments per month total at each blog instead of four or five a year ago.  They are likely to remain minor sources of page views, as Greer has ceased blogging at The Archdruid Report, while I'm more disenchanted with Kunstler all the time, even though he's blogging twice a week now.  I'd rather not be seen with his commenters on a frequent basis.

Comments went up by 35.54% (153) over last year.  It wasn't as impressive as last year's 99.45%, but it still set a record.  Also impressive were the comments per entry (1.58) and per month (49.67), both of which were also records.  As for comments per page view, that was down to 0.0017 from 0.0025.*  That's what happens when bots instead of real people read my blog.  Speaking of real people, I want to thank my regular commenters, Infidel 753, Kevin Robbins, and Paul W. for stopping by and adding their reactions and observations.  You all make up for the bots and spammers.

Stay tuned for the top posts of last year.

*People who clicked on the link and read last year's statistics entry should have noticed a discrepancy in the comments I recorded above and the ones I reported a year ago.

I turns out that I forgot a year's statistics and included a couple of comments I shouldn't have.  The correct number for the total number of total entries according to the stats I had compiled up to then, was 866 not 672.  Oops.

I'll get around to posting a correction in comments to the original.