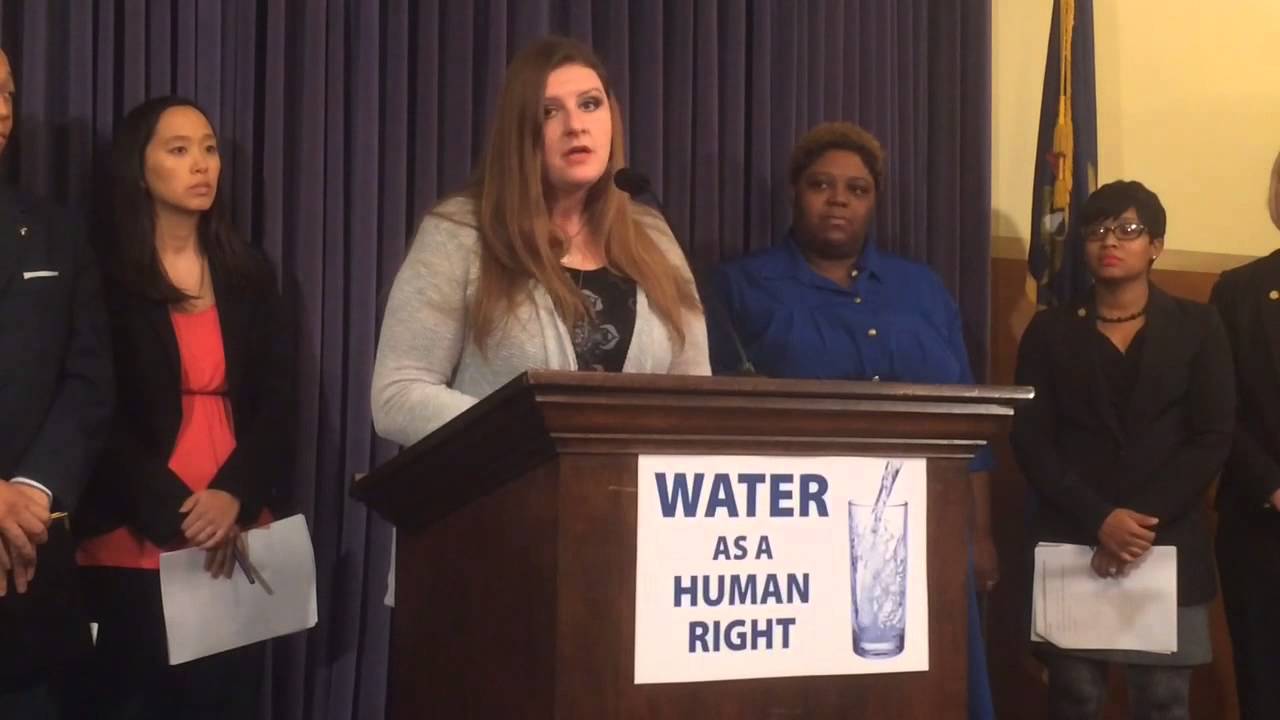 When I told my readers to "Stay tuned for the last entry of the month," I didn't know what I'd write about, as this has been a news-rich week while I have been looking back at last year's top posts.  I was finally inspired by the confluence of World Water Day, which falls on March 22nd, when I'm normally busy posting statistics for the past year of this blog and a development in the Flint Water Crisis that happened this week.*  WXYZ reports Judge approves plan to fix 18,000 Flint water lines.

In a victory for Flint residents, the state of Michigan has agreed to spend up to $97 million for new water lines in the city of Flint, which has been struggling with a crisis over lead in its water for the past three years.

A federal judge at the U.S. District Court for Michigan's eastern district approved the agreement Tuesday. Within three years, authorities must examine water service lines for at least 18,000 households and replace those made of lead and galvanized steel.

The state is required to allocate $87 million for the pipe replacement, according to the terms of the deal. The money will come from both state and federal funds. The state will also reserve an additional $10 million in case the job requires it.

I haven't written directly about the Flint Water Crisis since WXYZ updated the Flint Water Crisis on Monday last May, although I did mention it in passing on St. Patrick's Day, when MLive featured the bars and restaurants in Flint.  Based on last year's top posts, the election was too much of a shiny object.  It's about time I returned to the subject.  I'm especially glad to bring good news on the story to close out the month.

*World Water Day is exactly the kind of holiday I should be celebrating on this blog, but it falls right when I've been doing statistics for the past six years.  As a consequence, I've only mentioned it once as part of Gravity waves from the Big Bang and other space and astronomy news from 2014 when NASA celebrated World Water Day on the International Space Station.  Even that was three days late.  To make up for missing it last week, here's the Official video message, World Water Day 2017 from the United Nations.

"Worldwide, over 80% of all the wastewater from our homes, cities, industry and agriculture flows back to nature untreated and without being reused. This means that we’re not only polluting the environment, we’re also missing a big opportunity."

These words from Guy Ryder, the ILO Director-General and Chair of UN-Water, encapsulate the theme of World Water Day 2017. Watch his video message commemorating this event and learn more about wastewater, a valuable resource that we can use for the benefit of people and the ecosystem.

Here's to my remembering to observe World Water Day on time beginning next year, delaying the statistics post to March 23rd.  Water is more important than meta.