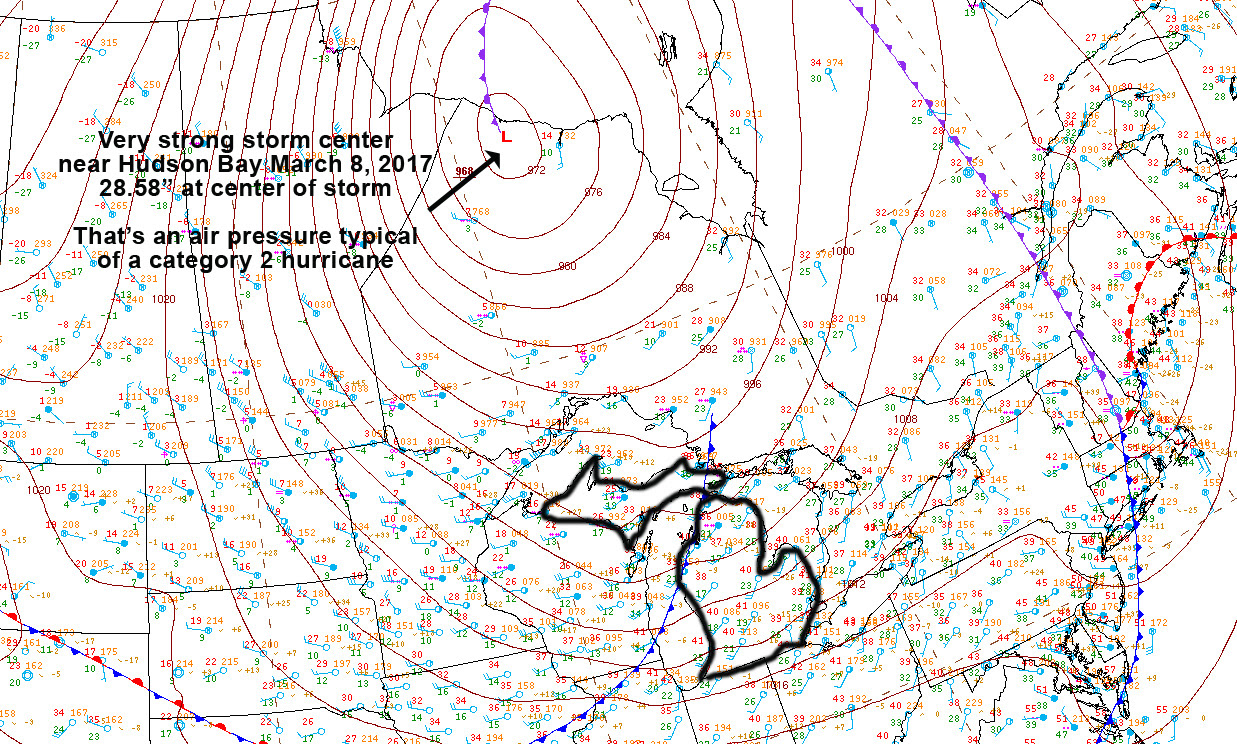 I expressed my puzzlement in Service interruption from worst storm in DTE history when I wrote "The cause of the high winds baffles me, but the rain and warm winter I can blame on climate change."  That prompted Kevin Roberts to ask in the comments "We've been having some crazy wind here in Northern NY for a week or so. I can't blame that on climate change?"  My response expanded on why I was confused.

Well, you can. I have trouble with doing so because the expected effects of climate change I recall don't include strong winds out of a clear blue sky. Strong winds from more intense rain storms, yes. What we had, no. Those threw me, as they behaved like the Santa Ana winds I thought I left behind when I moved out of southern California.

I got a bit of an answer in WOOD-TV's What causes high winds?

Most of that was pretty elementary for me, but the item I found helpful was Bacca showing the low pressure area and snow storm way to the north, which also shows up in the map I used to illustrate this entry.  That it had central low pressure as low as a hurricane's was consistent with the kind of severe weather I expect from climate change, so it helped me make sense of what happened last Wednesday.

Speaking of which, downed power lines, blackouts, fallen trees, and torn-off roofs weren't the only damage from last week's storm.  WXYZ reported on one more casualty of the wind in Wind blows away art in Royal Oak.


Here's to hoping the missing piece of art is found.
Posted by Pinku-Sensei at 3:20 PM