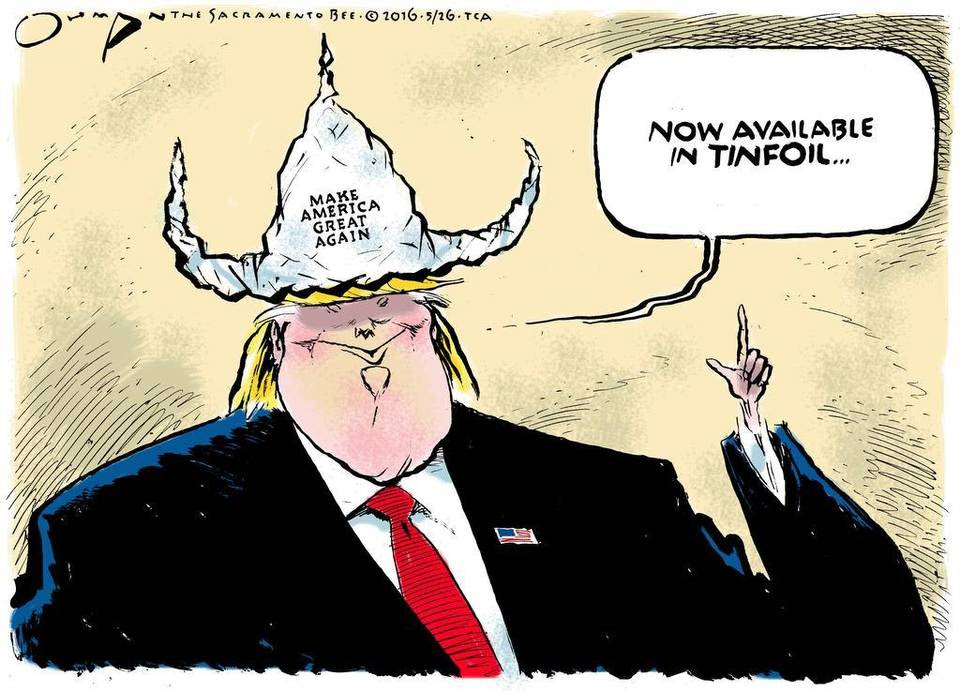 The latest installment in Trump and Putin's Bad Bromance came Saturday, when he claimied, without evidence, that Obama wiretapped him.  He followed that up by asking Congress to investigate Obama over wiretap that his White House refuses to provide evidence for.  That didn't completely get people's minds off the Trump campaign's relationship to Russia, but it did suck up all the oxygen on the Sunday talk shows.  I offer CNN's Rogers: Trump is feeding 'conspiracy meter' as an example of the range of reaction, most of which did not support Trump.

First, Jennifer Granholm and Mike Rogers -- Michigan represent!  Second, that list that Bakari Sellers ran through works very well as Trump's greatest conspiracy theory hits.  This is not a new feature of Trump's.  It was noted more than a year ago in The Federalist's Military Strategist Explains Why Donald Trump Leads—And How He Will Fail.


While he’s very shrewd and swift in observing, orienting, deciding, and acting when he’s on familiar terrain, Trump draws information from a fairly closed loop.
...
The way Trump has dealt with facts in his public statements is a tipoff. Political speech routinely incorporates assertions of fact that range from debatable to unverifiable to provably false, and sometimes this is a sign of shrewd cynicism rather than self-deception.

The recent dustup over Trump’s claim—which was, at best, severely exaggerated—that he had seen video of thousands of Muslims celebrating 9/11 in Jersey City is a classic example of this. So is the fact that Trump cites Infowars reporting in campaign speeches based solely on having clicked a link on the Drudge Report, and has gone on Alex Jones’ conspiracy-theory-soaked show to trade praise with Jones.

When I first mentioned Alex Jones on this blog, I called him a "tinfoil hat wearer."  I still think so.  So, apparently, does Stephen Colbert.  Watch Infowars' Alex Jones Is Trump's CAPS LOCK Advisor.

Trump's new confidant is a right-wing conspiracy theorist whose rants are best enjoyed on mute.

New?  Trump has been listening to Jones for years.  Still, I'm glad the mainstream media has found the Trump-Jones connection worth examining.  That's the good news.  Here's the bad news. 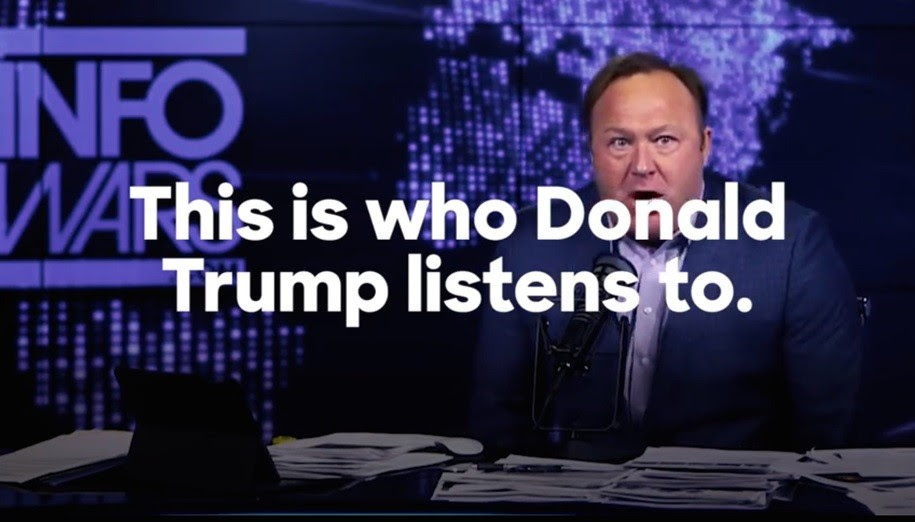 Here's to everyone, including Trump, learning that the voices in Alex Jones' head are not reliable sources.
Posted by Pinku-Sensei at 10:11 AM