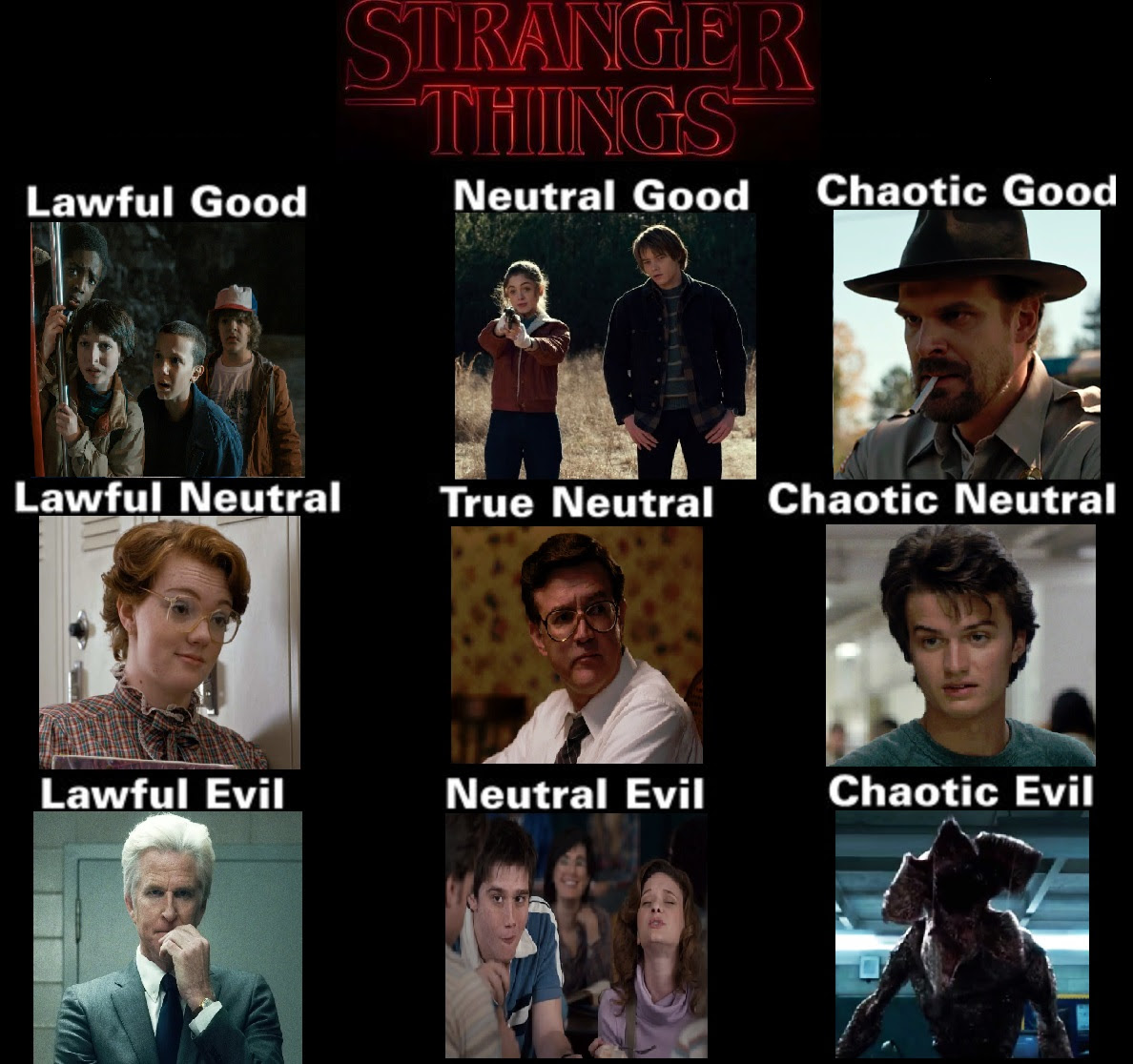 Yesterday, I told my readers to "stay tuned for 'another alignment chart for another series nominated at the Saturn Awards on Sunday,' as I wrote about in yesterday's 'Outlander' alignment chart.  Any guesses as to what the series might be?  Hint:  I posted about it this month but haven't posted an alignment chart for it before.  Write your answers in the comments!"  No one ventured a guess.  As my readers can tell, the answer is "Stranger Things," which is nominated for three Saturn Awards, Best New Media Television Series, Best Younger Actor on TV for Millie Bobby Brown, and Best Actress on a Television Series for Winona Ryder.

The chart above is my favorite, but it's not the only one.   The chart below works almost as well and makes a good Dungeons and Dragons joke to boot. 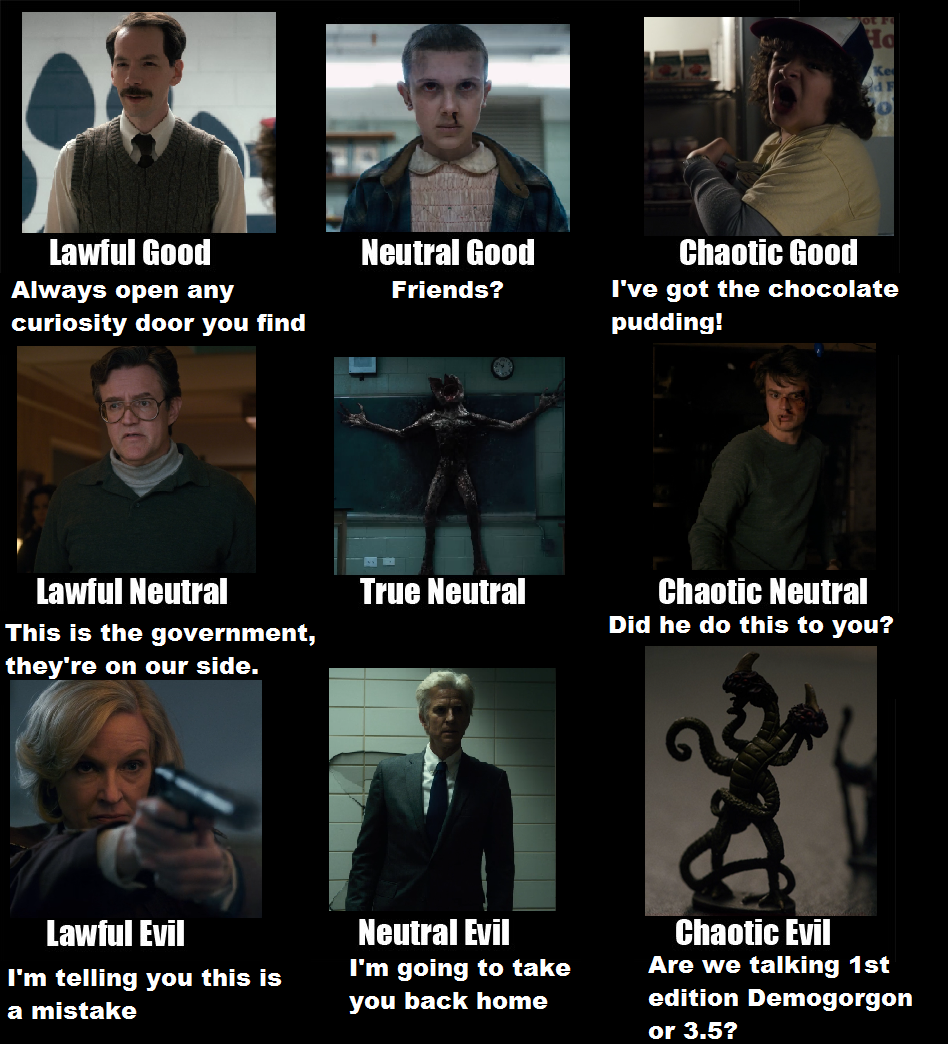 There's also a partial chart for the top row with just the younger actors, which is good for a laugh. 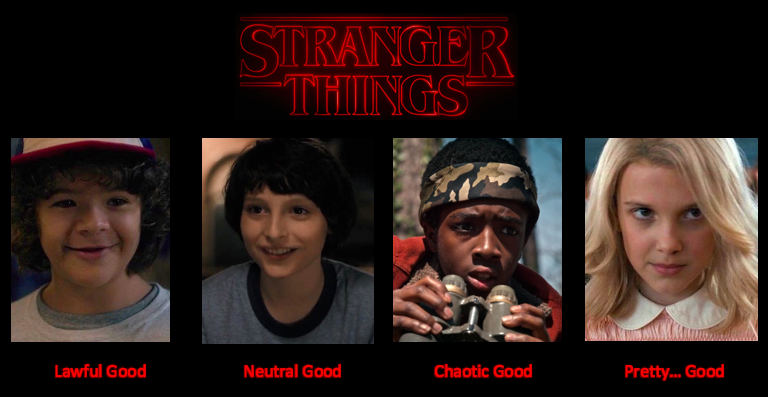 No alignment chart post of mine would be complete without a fan or live cover or the theme song, so I present a "Stranger Things" Cello Medley by Nicholas Yee.

Like many others, I was captivated by the "Stranger Things" series when it came out earlier this year and fell in love with its exciting storytelling, engrossing set design and unique blend of creepiness, nostalgia and heartwarming moments. The music adds such richness to the show and I wanted to showcase its strength and versatility in this medley. Enjoy!

That's it for this week's Entertainment Sunday.  Stay tuned for a post bidding farewell to the venue of yesterday's commencement, as it was the last one held there.
Posted by Pinku-Sensei at 11:53 AM