Vox explains the state of U.S. men's soccer plus how TV created the modern soccer ball 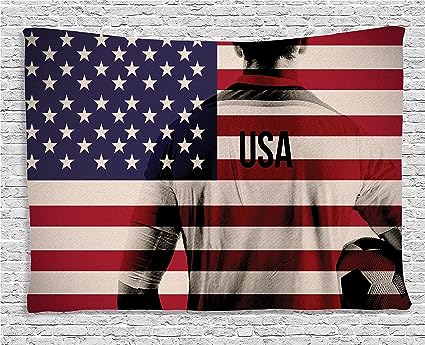 Yesterday, I told my readers to stay tuned"= because I would write about the World Cup.  Today is the first of at least two planned entries on the world's most watched sporting event, an informative post using videos from Vox.*

I begin with Why Americans suck at soccer (well, the men).

We’ve got a theory, and it involves the soccer wars.
...
In this episode of Vox Almanac, Vox’s Phil Edwards puts forth a theory about terrible American men’s soccer.

There are a lot of reasons Americans suck at soccer - but if you look at the history, you’ll find a surprisingly compelling explanation for why American soccer never took off. In the 1920s, soccer was a surprisingly successful sport in the US, with massive matches and a robust league. What went wrong?

American soccer and English football first diverged in the 1800s, when American colleges like Harvard and Yale started playing a more rugby-like game. But America quickly caught up with soccer in the 1920s, attracting large crowds and even stealing away European players.

Then the soccer wars happened. Constant battles in the 1920s between the ASL - American Soccer League - and USFA — United States Football Association — carved up American soccer’s cash, fans, and talent. By the time the depression hit, American soccer was so weakened that it couldn’t rebound as well as European and South American soccer culture did. The subsequent half-century of sports build up gave Americans a permanent handicap when it came to building a robust soccer culture.

It’s a theory — but the success of the US Women’s National Team bears out the idea that something is specifically wrong for the men. And it just might be the case that 1920s soccer wars are the reason.

Vox is right.  For the third most populous and wealthiest country on Earth, the United States has a really weak men's soccer team.  We should be doing better.

Next, How TV gave us the classic soccer ball.

The 2018 World Cup football is a nod back to an iconic design.
...
When you think of a soccer ball, you probably imagine a classic black-and-white paneled ball. It’s known as the Telstar ball, and it was created thanks to TV.

The 1966 World Cup in England was broadcast live across the globe and it was at this point that television became a huge part of the sport. Thanks to the BBC, it was seen by four hundred million people. But spotting the ball was a bit challenging.

Back then, soccer balls looked more like reddish-brown volleyballs. And on black-and-white TVs, it didn’t really stand out from the green field.

By the 1970 World Cup, the soccer ball had changed to that classic Telstar. The contrasting panels made it stand out on TV. Plus, the players loved it because the 32 panels brought the ball closer to an actual sphere.

This year’s World Cup ball is called the Telstar 18, a nod to the original design. While the panels have changed to just six propeller-shaped pieces to make the ball even more spherical, the black-and-white checkered design is back.

I had no idea that television had such a strong influence on the coloration of soccer balls.

Speaking of which, my old junior high school, which was named after an astronomer, had the Telstar (the first communications satellite) as its mascot.  When it became a middle school, it changed its mascot to the lion.  When I found out, I had a brief pang of nostalgia and moved on.  In the 1960s and 1970s, the Telstar had meaning.  Now, not so much.  At least the name lives on in the design of the soccer ball.

*The next one will be a more humorous, if equally informative, compilation of John Oliver videos on FIFA and the World Cup.  I might get to that Monday.  Stay tuned.
Posted by Pinku-Sensei at 9:18 AM