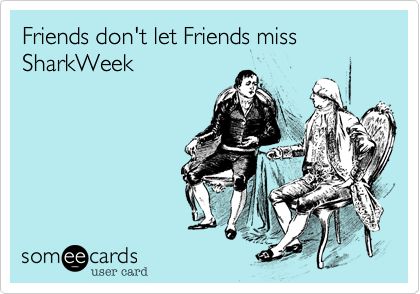 "It's Shark Week, an event I skipped last year, so I'm making up for it by celebrating it tomorrow with a video I showed my class last week."  That's what I wrote yesterday about what I would write today, so, without any further ado, I present Vox's Why no aquarium has a great white shark.

Many have tried to keep a white shark in captivity. Here's why that's so difficult.

There are several aquariums around the world, including one in Georgia, that house whale sharks, the biggest fish in the sea. But not one has a great white shark on display.

Aquariums have made dozens of attempts since the 1970s to display a captive great white shark. Most of those attempts ended with dead sharks.

By the 2000s, the only group still trying was the Monterey Bay Aquarium, which spent a decade planning its white shark program. In 2004, it acquired a shark that became the first great white to survive in captivity for more than 16 days. In fact, it was on display for more than six months before it was released back into the ocean.

In the following years, the Monterey Bay Aquarium hosted five more juvenile white sharks for temporary stays before ending the program in 2011. It was an expensive effort and had come under criticism due to injuries that some of the sharks developed in the tank.

Responding to those critics, Jon Hoech, the aquarium's director of husbandry operations, said: "We believe strongly that putting people face to face with live animals like this is very significant in inspiring ocean conservation and connecting people to the ocean environment. We feel like white sharks face a significant threats out in the wild and our ability to bring awareness to that is significant in terms of encouraging people to become ocean stewards."

Check out the video above to learn why white sharks are so difficult to keep in captivity and how the Monterey Bay Aquarium designed a program that could keep them alive.

That bit about buccal pumping is something I used when talking about not only how fish pump water through their gills, but also how amphibians breathe.  It was more useful than I expected when I first showed it!

This year's cocktail is the Electric Shark.

I'll be a good environmentalist and recycle a meme for this drink. 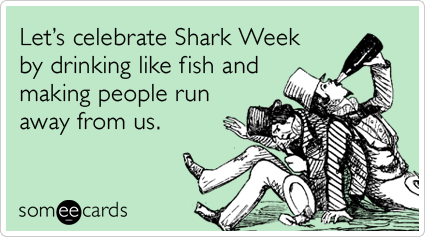 Stay tuned, as tomorrow is National Waterpark Day and I have a special video from Defunctland already picked out.