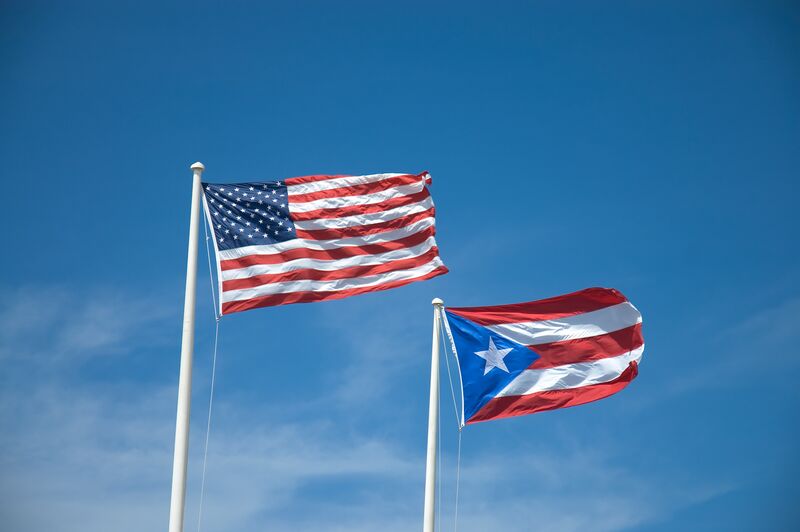 Happy National Pina Colada Day, a celebration of the national drink of Puerto Rico!  Last year's observance was inspired by the success of A 51st star for Puerto Rico on Flag Day, so I will continue the tradition by examining the progress and prospects of statehood for Puerto Rico.

Fortunately, I have good news on that front, as Newsy reported Bipartisan bill would make Puerto Rico a state on June 27, 2018.

At least 20 Republicans and 14 Democrats have co-sponsored the bill.

I rise to express my support for bipartisan legislation to begin Puerto Rico’s transition to statehood.

There are over three million U.S. citizens in Puerto Rico, and over five million individuals of Puerto Rican heritage in the states. My central Florida district is home to more Puerto Ricans than nearly any other district in the country.

Puerto Rico has been a territory for 120 years. Its residents are treated unequally under key federal laws. This impairs economic progress and quality of life, spurring migration to the mainland.

In addition, even though Puerto Ricans serve in the military with distinction, they cannot vote for their President and commander-in-chief, have no senators, and have one non-voting delegate in the House.

The hard truth is that Puerto Rico’s lack of political power too often makes it an afterthought in Washington, as the federal government’s poor response to Hurricane Maria made painfully clear.

I support statehood because I support equality. The people of Puerto Rico deserve the same rights and responsibilities as their fellow citizens in Florida and every other state. Puerto Rico has earned its star on the American flag.

I'm with both Murphy and Nelson on this one.

Follow over the jump for four pina colada recipes from Tipsy Bartender to celebrate the both the day and the bill.

I begin with a Blue Piña Colada.


I continue with Midori Piña Colada.

I conclude with Pink Colada.

I'm not done with Tipsy Bartender and booze holidays, as tomorrow is National Mojito Day.  Stay tuned for more recipes!