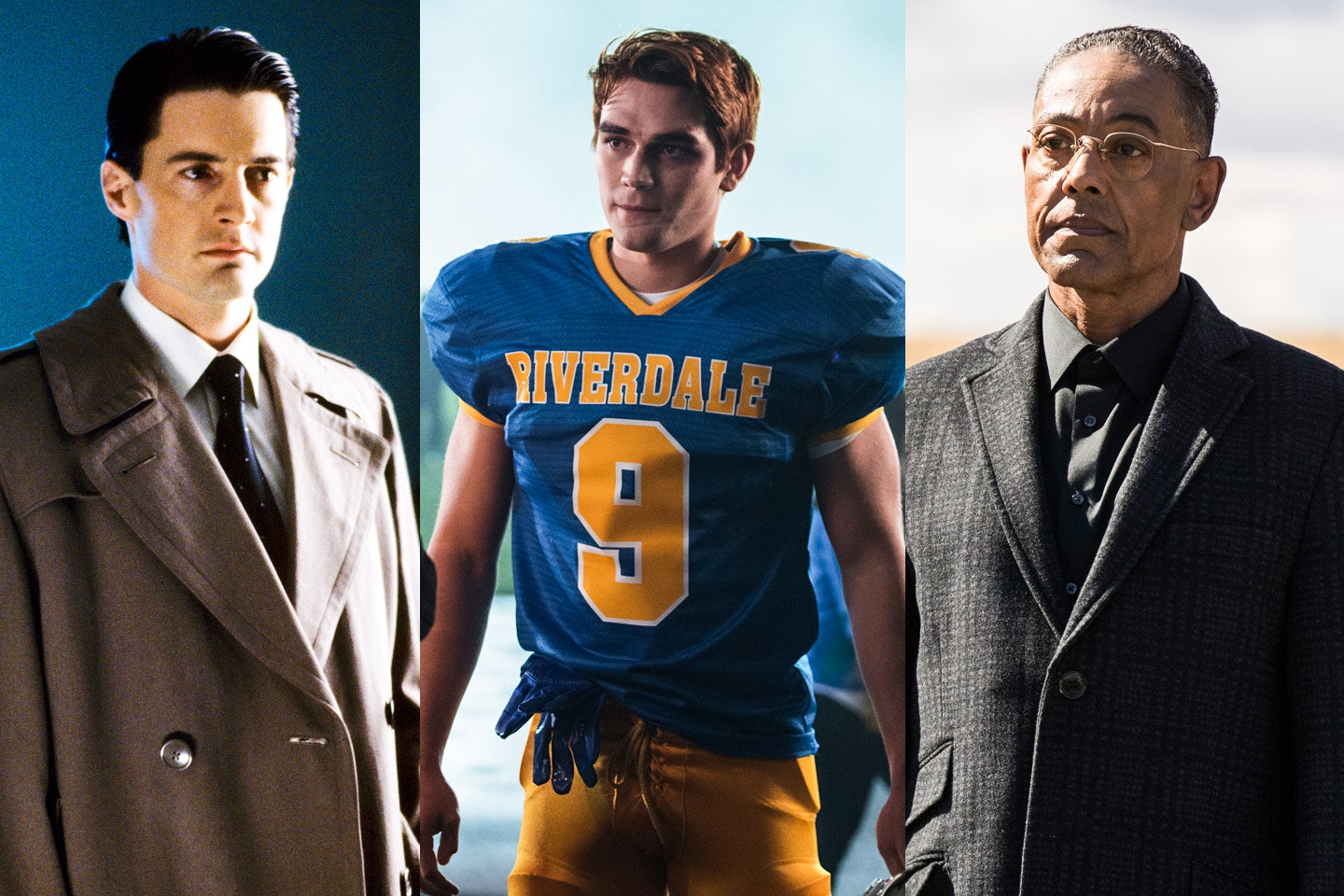 I told my readers to "Stay tuned" as "I'll be back with the television and home entertainment winners tomorrow" at the end of 'Black Panther' leads 'The Last Jedi' at the Saturn Awards.  As The Gorillaz sing "tomorrow comes today," so it's time for me to follow through.

As I did yesterday, I'll let Variety tell the tale.

While I foresaw a big night for "Twin Peaks," I didn't foresee it happening exactly this way.  I also didn't expect "Better Call Saul" to do well at all.  I should have.

Both shows were examples of the Saturn Awards electorate voting like entertainment professionals.  Of the Best Actor on a Television Series nominees, I noted that "the highest rated of them was MacLachlan, who was nominated by four awards shows, so that would make him the establishment candidate among all the actual nominees."  For the Best Supporting Actor on a Television Series nominees, I observed that "McKean had the highest score with nominations from the Critics' Choice Awards, Gold Derby Awards, and Satellite Awards.  If I were definitely vot[ing] the establishment choice, it would be for him."  While I didn't pick Lynch as the professional favorite (that was Bryan Cranston), I did list him among the likely professional choices for Best Guest-Starring Performance on Television, so his win fit the pattern as well. 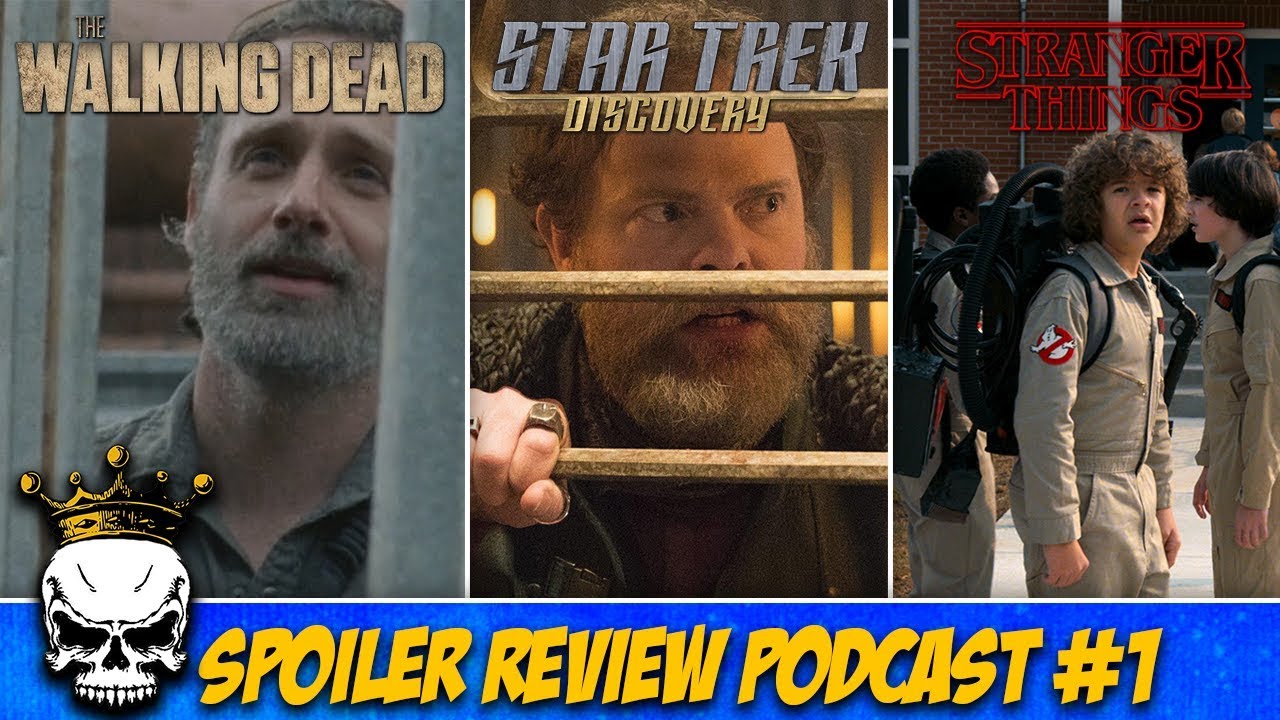 Out of all the multi-award-winning television programs, I found representatives of only one in an interview by Red Carpet Report on Mingle Media TV: Kenneth Mitchell & Mary Chieffo #StarTrek interviewed at the 44th #SaturnAwards Red Carpet


In case my readers don't recognize the actors, it's because they play Klingons.  It's difficult to see the person beneath the prosthetic make-up.

Now for the shows that won didn't win any acting awards.

I expected most of these and should not have considered "The Flash" winning to be a surprise.  After all, my entry on the superhero TV nominees read 'Supergirl' vs. 'The Flash' (again) and 'The Punisher' vs. 'The Defenders' at the Saturn Awards.


I'm glad the author of the books was there to accept the third consecutive award for the television adaption of her series on her first visit to the Saturn Awards.


Congratulations to all the winners!  Speaking of which Variety actually reported all of the television winners.  Considering that they did not mention the winners of seven movie awards in the article, that's an accomplishment.

On the other hand, they did not discuss the winners of the home entertainment categories, but they did list them.

Follow over the jump to see how my predictions fared against reality.  Let's see if I can improve on my 14 out of 22 record for the movie winners.

From My Saturn Award votes and predictions for 2018, along with the results and my scoring of them.

Complete miss.  I did not expect the Saturn electorate to go for a show that the professionals would have picked out of the field.

Another complete miss, although I should have known better, as I wrote above about MacLachlan being the professional choice.

A third consecultive miss.  Martin-Green had no track record of nominations before this year's Saturn Awards, so I didn't expect her.  This one I chalk up to the power of fandom.

My first hit of the day.

Best Fantasy Television Series
My vote: The Good Place. Who is likely to win: Outlander.

Another miss, although not as unexpected as I may have thought.

Best New Media Superhero
My vote: The Tick. Who is likely to win: Marvel's The Punisher.

Third hit in a row.

Best Presentation on Television
My vote: Doctor Who: Twice Upon a Time. Who is likely to win: Twin Peaks: The Return.

Fourth hit in a row.

Best Science Fiction Television Series
My vote: Colony. Who is likely to win: The Orville or The X-Files.

Whiff.  I was overconfident about "Supergirl" repeating and should have given "The Flash" a shot.

A miss, although not an unexpected one, as I wrote above.  By the way, I tweeted this predicition and Doug Jones himself liked it.

Best Supporting Actress on a Television Series
My vote: Dakota Fanning. Who is likely to win: Candice Patton.

Rhea Seehorn was a surprise, but not a bad choice at all.  Still, a miss on my part.

Best Younger Actor on a Television Series
My vote: Millie Bobby Brown. Who is likely to win: Chandler Riggs.

My choice won, so I'll count it as a hit.

Dracula won, so I'll say I knicked the target.

Best DVD / BD Release
My vote: Colossal. Who is likely to win: Don't know, maybe 2:22 or Cult of Chucky.

Miss.  I really had no clue.

Best DVD / BD Special Edition Release
My vote: Lost Horizon. Who is likely to win: Night of the Living Dead.

Miss, although I'm happy the television adaptation of the Hugo winning "American Gods" earned at least one award last week.

That concludes my coverage of the 2018 Saturn Awards.  Stay tuned for a 4th of July entry tomorrow.