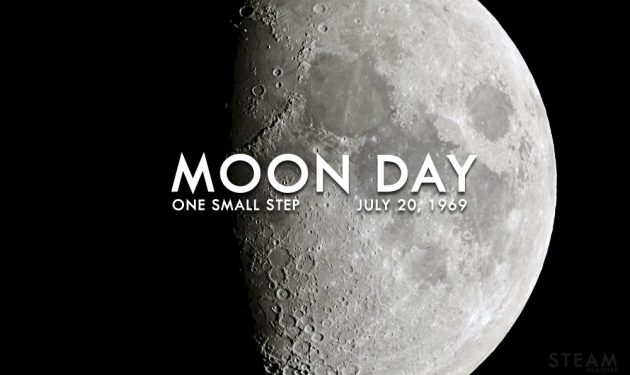 Happy National Moon Day!  For this year's celebration of Neil Armstrong and Buzz Aldrin landing on the moon, I'm following up on returning to the Moon, one of the rejected ideas for last year's Moon Day.

The first video from NASA reiterates an action mentioned in NASA looks back at 2017 and ahead to 2018, New Policy Directs NASA to Return Astronauts to Moon.

Acting NASA Administrator Robert Lightfoot and National Space Council Executive Secretary Scott Pace comment on Space Policy Directive 1, signed Monday, Dec. 11, 2017, by President Trump at the White House. The policy calls on NASA to work with international and commercial partners to send humans to the Moon, with a horizon goal of sending astronauts to Mars.

NASA posted that video in December of last year.  This May, NASA reiterated its commitment in Administrator Bridenstine: ‘We Are Going to the Moon’.

NASA Administrator Jim Bridenstine asked commercial companies to help get the agency back to the Moon as quickly as possible during an 'industry day', Tuesday, May 8, 2018, held at NASA Headquarters in Washington. NASA is calling for commercial proposals for delivering instruments, experiments, and other small payloads to the surface of the Moon as early as next year. This solicitation is part of a broader Exploration Campaign that will pave the way for a human return to the Moon.

I hope this results in a crewed mission to the Moon.  As I wrote first in Trump pulls a Gingrich on space and again in Bill Nye and I get our wish from Trump on Mars, sort of, "space policy is the one area where Trump might actually be good for the country."  I hope I'm right.
Posted by Pinku-Sensei at 1:29 PM