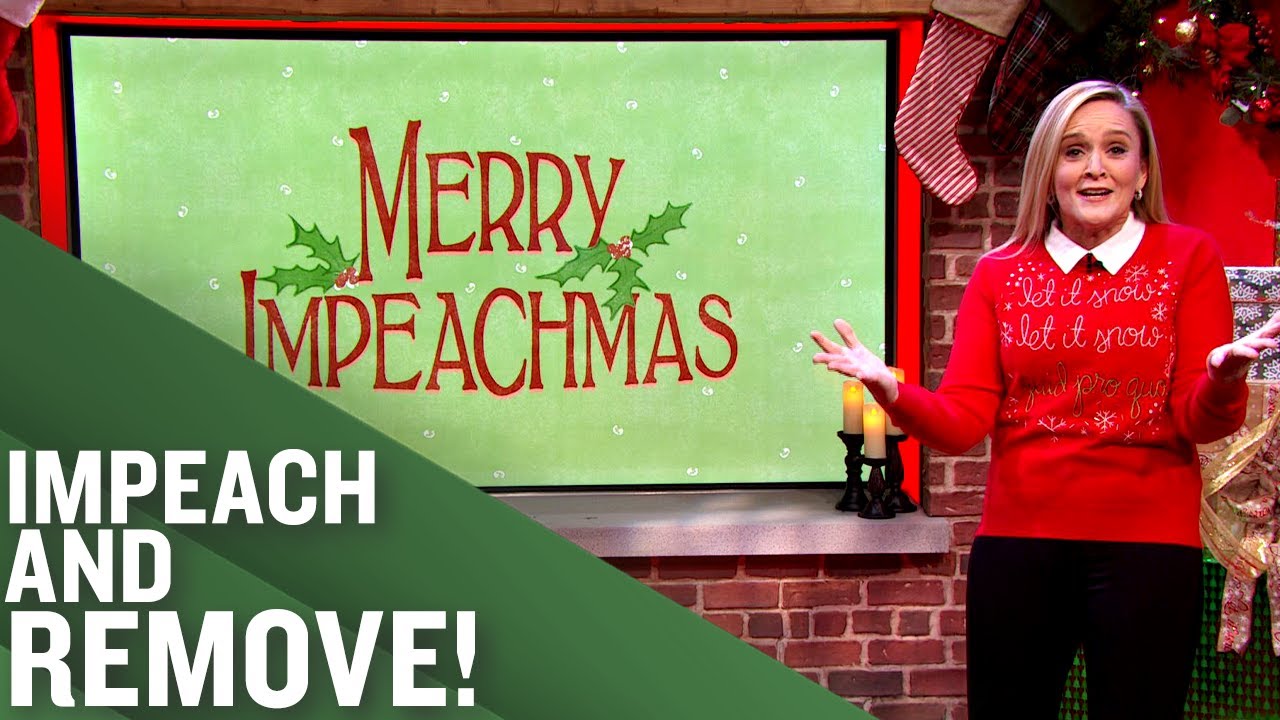 Time to follow up on the promises I repeated in The longest night of the year doesn't have the earliest sunset or latest sunrise — science of the Winter Solstice.

I know I twice promised that I would feature Samantha Bee's take on impeachment, but I couldn't fight tradition, as I have observed the Winter Solstice on this blog every year since its first, so I'm not going to miss it today.  Bee will be featured tomorrow, probably along with SNL, for the Sunday entertainment feature.  Stay tuned.

Try as I might, I think it would be a bad idea to combine Bee and SNL into one post, so I'm giving each their own entry — a Sunday entertainment double feature!

I begin, as the show probably did, with the pre-recorded skit An Impeachment Carol.

Sam woke from a long Dickensian slumber to find out there’s still time to get rid of Donald Trump. Merry Impeachment, everyone!

That's a fun fantasy, but Bee knows what the reality will be and tells it in ‘Tis Impeachment Season.

Impeachment day has finally arrived! Great news...until we’re reminded that the Senate is led by Mitch McConnell whose lack of backbone helps him bend over backwards for the president. We’re also joined by a magical special guest!

At least she makes the case for impeachment even if it won't remove Trump from office, which is what Ezra Klein of Vox argued already.  Bee just made it funnier.

As a bonus, I'm embedding Donald Trump and the Articles of Impeachment from last week, which adds Bee's unique take on the final committee hearings.

Nancy Pelosi and the House Democrats have unveiled two articles of impeachment against the president. This is going to be a marathon, not a sprint, so no matter how boring these hearings may be, don't let the GOP yell you to sleep. Stay mad and stay vigilant and stay away from Devin Nunes if you see him on the street. The man is unhinged.

To Nunes, I say "moo!"  To my readers, I wish them "Merry Impeachmas!"

Stay tuned for the second half of today's double feature from SNL.
Posted by Pinku-Sensei at 1:52 PM