SNL has fun with the December Democratic debate and impeachment 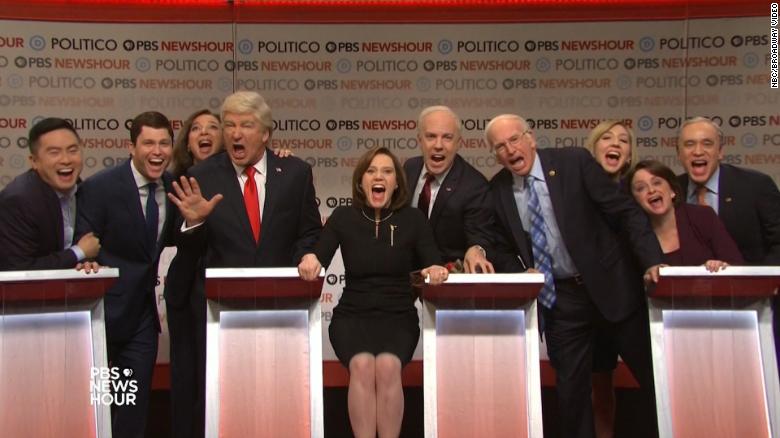 Merry Impeachmas!  For the second half of today's Sunday entertainment double feature, I'm going to be a good environmentalist and recycle the concept behind last month's SNL has fun with impeachment hearings and Democratic debate but mix things up by beginning my entry the same way last night's show did with PBS Democratic Debate Cold Open.

Once again, Bloomberg crashes the SNL version of the debate, even if he's not going to appear on the actual ones unless and until the DNC replaces donations and poll numbers with actual votes.  Even then, I'm not sure he'll make the stage.

The Democratic debate did not feature into Weekend Update.  Instead, impeachment was the story of the night in two clips (and a red herring in a third).  The segment opened with Weekend Update: President Trump Gets Impeached.

Just as Weekend Update opened with impeachment, it closed with it, too.  Watch Weekend Update: Jeanine Pirro on Fox News Handling Trump's Impeachment

Fox News host Jeanine Pirro (Cecily Strong) stops by Weekend Update to talk about celebrating Christmas and how President Trump's impeachment is a Democratic coup that will disappear.

That concludes today's entertainment double feature.  Stay tuned for an airing of grievances on Festivus.
Posted by Pinku-Sensei at 2:43 PM