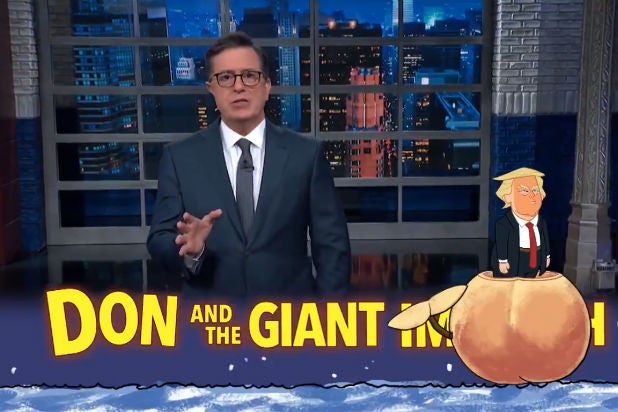 Last night, The Late Show with Stephen Colbert opened up with a sing-along song parody, Don't Mess Around With Nancy.

The Speaker of the House, Nancy Pelosi, is not fooling around with this impeachment inquiry.

The song riffed on his monologue from the night before, the first half of which was uploaded as Speaker Nancy Pelosi: I Don't Hate Anybody.

After Speaker Pelosi's press conference where she laid out the reasons Democrats must press ahead with impeachment, she got serious while taking questions from reporters.

Some of my readers might fight prayer helpful when it comes to impeachment, but as I found out from writing SNL has fun with impeachment hearings and Democratic debate and Meyers and Colbert take closer looks at last week's impeachment hearings, laughter is more fun.  Here's to Colbert and the rest of the late night talk show hosts finding lots of that to make the proceedings more tolerable.
Posted by Pinku-Sensei at 4:45 PM