Marching music for the Nebraska Primary 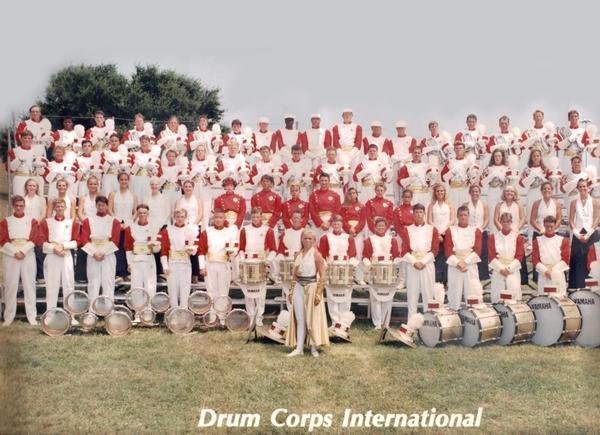 Yesterday, I told my readers to "stay tuned for marching music for the Nebraska Democratic Primary" today. Here's the introduction to the primary's Wikipedia entry.

The 2020 Nebraska Democratic primary will take place on Tuesday, May 12, 2020, as part of the Democratic Party presidential primaries for the 2020 presidential election. The Nebraska primary is a semi-closed primary. The state awards 29 delegates to the 2020 Democratic National Convention, of which 25 are pledged delegates allocated on the basis of the results of the primary.

As I first wrote in Marching music for the Wyoming Democratic Caucuses, "Other than selecting delegates, this election has little meaning. Just the same, enjoy the music while waiting for the results."

Nebraska is known for one drum and bugle corps, the Union Pacific Railmen from Omaha. The corps' alumni association has videos of most of their best performances, including what is the corps's high point, the 1989 Railmen Drum and Bugle Corps at DCI Quarterfinals, where they placed 25th.


The corps went into a prolonged hiatus after the 1995 season, but they'e competing again in SoundSport. Watch The Railmen - 2019 Sound Sport for their latest championship performance.


I wish the unit luck next year, as no corps is competing this year because of the COVID-19 pandemic. Sigh.

Northwestern University Bands captured the performances of the Cornhusker Band when it visited Evanston, Illinois in 2016. Here's their video of Nebraska Pregame - Northwestern Football vs. Nebraska - September 24, 2016.

The visiting University of Nebraska—Lincoln Cornhusker Marching Band performs their pregame show prior to the Northwestern vs. Nebraska football game at Ryan Field in Evanston, Illinois, on September 24, 2016.

The visiting University of Nebraska—Lincoln Cornhusker Marching Band performs their halftime show during the Northwestern vs. Nebraska football game at Ryan Field in Evanston, Illinois, on September 24, 2016.

The Director of the Cornhusker Marching Band is Mr. Anthony M. Falcone. The Director of Bands at University of Nebraska—Lincoln is Dr. Carolyn Barber, who is a NUMBALUM and graduated from Northwestern University with bachelor and doctoral degrees in music.

Surf's up, even in the middle of the country.

If I have videos of a Rose Parade band from a state, I'll use them and Music213 has a pair from 2010. I Millard West HS at the Pasadena Tournament of Roses Bandfest.

I conclude this episode of the series with Millard West HS at the 2010 Pasadena Rose Parade.

Millard West HS at the 2010 Pasadena Rose Parade
Seeing this pair of videos reminds me of my experience growing up in southern California that it could be cold, rainy, and windy the week before the Rose Parade, but as soon as New Year's Day dawns, the skies will clear and the sun will shine.  It's as if the Southland knows the cameras will be on it and it responds with "it's showtime!"  It almost never fails.

This series will resume with The 2020 Oregon Democratic primary one week from today. Stay tuned.
Posted by Pinku-Sensei at 12:40 AM