When I told my readers to "stay tuned for the Sunday entertainment feature" at the end of Marching music for the Kansas Primary, I had only the vaguest idea of what I would write about other than it would have some relationship to the pandemic.  Then I saw YouTube recommend How Fictional Pandemics Reflect the Real Thing (Feat. Lindsay Ellis and Dr. Z) on PBS Digital's Storied, the channel shared by Monstrum and It's Lit!*  I watched it and decided it would be the subject of today's entry.  As I remarked in the footnote to Pandemic effects from and on space, an April asteroid flyby, and NASA at Home for Apophis Day on Monday the 13th, "Behold the power of the YouTube algorithm!"

Although we are currently living through a pandemic that has disrupted our lives and will shape the course of humanity, pandemics have been around since the dawn of civilization, as have stories about fictional pandemics. So now seems like as good a time as any to explore how fictional pandemics have evolved over time, and what they say about their own time.

Long-time readers of my blog will recognize some of the more recent works, as I have written about them.  While I've mentioned Edgar Allan Poe only once here, I've referenced his creation, The Red Death, several times, usually in conjuction with Ebola.  That's because the Opera Ghost appears in costume as The Red Death in "Phantom of the Opera" and I thought it made for a good personification of the disease. 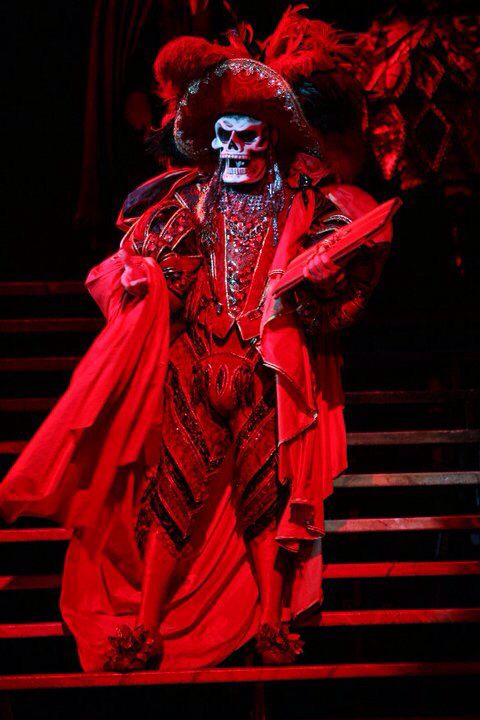 No Ebola-chan on this blog!

In addition, there are all the references to zombies as pandemic metaphors, something I mentioned first in Discovery News on World War Z: "Who needs a imaginary zombie plague when a very real flu pandemic combined with mass riots against a background of crumbling infrastructure could produce the same response, if not much the same result?"  As for other zombie works mentioned, I have an entire entry dedicated to Warm Bodies and a series of posts about "The Walking Dead.  As for "I Am Legend," I've mentioned it several times in passing, but only did the book justice in a response to a comment by Infidel753 on Entertainment for the sixth year of Crazy Eddie's Motie News.

"It's rare that movies do justice to really good science fiction or fantasy books. There have been three movie adaptations of I Am Legend (that I know of) and they made a mess of it each time."
...
As for your gripe about Hollywood screwing up film adaptations of science fiction, I blame that on star power and the executives idea of the kinds of endings that movies need to get box office. The original ending of "I Am Legend" is not one that is a happy one for the original form of humanity, so more palatable ones had to be devised. Also, the past two leads have both been action heroes, Charlton Heston and Will Smith, which may bring in viewers for box office but leads to emphasizing action over thought. In addition, the movie adaptations have made things progressively worse for themselves, as the original work was intended as a scientific explanation for vampires, but ended up becoming the basis for the modern science fiction zombie. Therefore, all the zombie apocalypse tropes became incorporated in the most recent movie version. I suspect that a more faithful adaptation would have to be on television, where the economic and artistic pressures are different. See the SyFy Channel version of "Dune" and Fox's "Wayward Pines" for examples of how that might turn out.

It was about time I recycled those comments into a post.

Finally, while I've mentioned Stephen King on this blog before, usually in the context of either ebola or the Saturn Awards, I don't think I've ever mentioned his pandemic novel "The Stand" here.  Other than quipping that if the biological weapon in that book is Captain Trips, then the novel coronavirus is Private Trips, I won't write more about it.  Instead, I'm going to conclude my commentary on the above video by sharing the following musical moment that I've had open in a tab for several weeks, just waiting for an opportunity to embed it.  Now is that opportunity.

The opening to the mini series The Stand

"I've got a fever, and the only cure is — more cowbell!"  Looks like the cowbell got there too late.

Enough horror.  Tomorrow is a science fiction holiday, Star Wars Day.  May the Fourth be with you!

*Both presenters first appeared on my blog last year, Ellis in PBS Digital's Hot Mess asks if climate fiction can save the planet and Dr. Zarka in Halloween science: Cyclops and other monsters inspired by fossils.  I'm glad to have had another opportunity to use one of their videos.
Posted by Pinku-Sensei at 12:00 AM