John Oliver on police militarization, a blast from the past 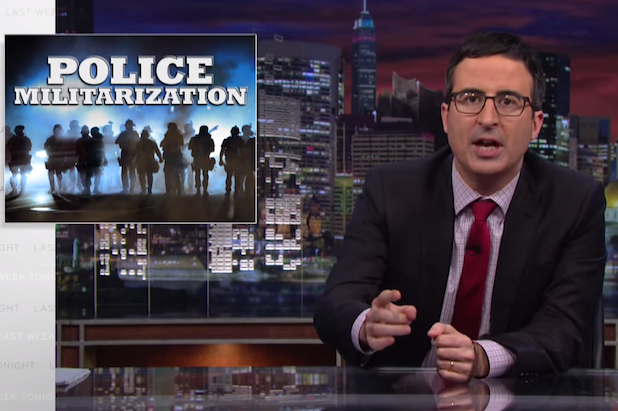 Just as YouTube's recommendation algorithm brought John Oliver on police accountability to my attention, it recommended Ferguson, MO and Police Militarization: Last Week Tonight with John Oliver (HBO) as well. I watched and decided to share it for the Sunday entertainment feature.

In the wake of the shooting of Michael Brown in Ferguson, MO, John Oliver explores the racial inequality in treatment by police as well as the increasing militarization of America’s local police forces.

While I've mentioned police militarization several times, I only dedicated one entry to it, A conversation with Kunstler and his readers on militarized police. I wrote more about explaining why the residents of Boston and its northern suburbs supported the militarized police response and grousing about Kunstler's negative opinions about African-Americans than I did decrying police militarization. Thanks to the YouTube algorithm, I get an opportunity to have John Oliver express my dislike for it. I'm not alone; the first page of comments that loads is full of viewers who watched the video during the past week and remarked how timely it still is and what a shame that is. Behold the power of the YouTube algorithm!