It's the last Sunday of June 2020 and I realized that I haven't had a proper Sunday entertainment feature since Coffee Party USA invites you to stream the political TV series on the Golden Coffee Cups shortlist while staying safe at home on May 31, 2020, although I passed off John Oliver on police militarization, a blast from the past as one and 'Good Morning America' and Vox on 'COPS' and 'Live PD' being cancelled actually was about entertainment, but was on Monday, a day late. Blame my broadband being out and holidays for my not keeping up the tradition. To make up for it, I present an entertainment story that ties into both protests against police brutality in particular and racism in general as well as the COVID-19 pandemic, Disney's responding to both.

I begin with a story that mentions both, Splash Mountain Gets New 'Princess And The Frog' Theme from CBS Los Angeles.

The ride had been criticized recently because the film it originally was themed after has long been considered racist. Amy Johnson reports.

Like that all-caps title? Disney announced today that Splash Mountain at both Disneyland and Walt Disney World will receive a Princess and the Frog-themed update. What are your thoughts on this?

Honestly, this is not a new idea for Disney; it's been in the works for a year or so. That it was announced this week strikes me as fortuitous timing for The Mouse.

Follow over the jump for Disney's responses to the pandemic.

CBS Los Angeles followed up on the news that Disneyland's opening has been delayed Disneyland Fans Upset Park Won't Reopen July 17 As Planned.

Both news items tie into what I first wrote in 2011, "America is quite clear about its screwed up priorities­. My experience has convinced me that the surest way to get Americans to act is to mess with their entertainm­ent." I elaborated on that in both Possibly (not) the last Detroit Fireworks Show and Christmas music from the Cadets and Crazy Eddie's Motie News, adding "Americans want their entertainment, and will do just about anything to keep it going." The pandemic keeping the parks closed is definitely messing with Americans' entertainment.

That written, it's not just Disneyland in California that is facing pressure to stay closed. CNBC Television reported Disney World workers petition to delay reopening.

The cast members' unions are asking to delay the Florida park's openings as well. Health and safety are more important than a paycheck, at least for now.

All of the above leads to the question of what the parks will look like when they do reopen. CNBC International shows a likely possibility for the U.S. Disney parks in We went inside Hong Kong Disneyland during a global pandemic | CNBC Reports.

From the massive crowds at theme parks to the long queues for rollercoaster rides, how will attractions look like after the pandemic? CNBC’s Uptin Saiidi goes inside?the reopened Hong Kong Disneyland after nearly five months since it closed due to the coronavirus outbreak.

It will likely be a much more careful and much less crowded experience than it was before the pandemic.

I close this post with a couple of memes I made based on tweets by Thomas A Iannelli. Sing these lyrics to "It's a Small World." 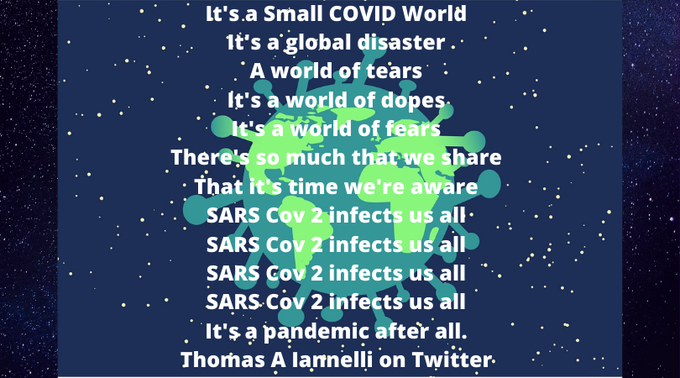 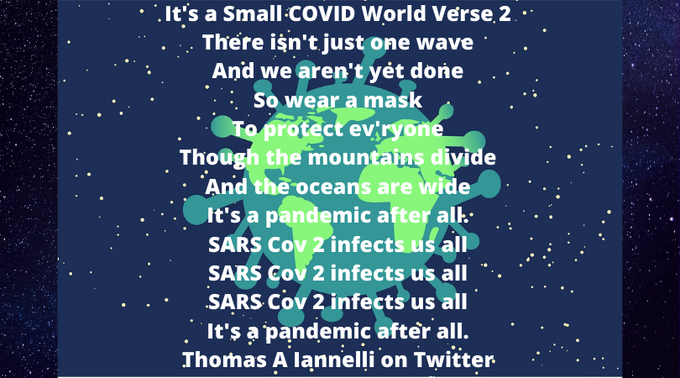