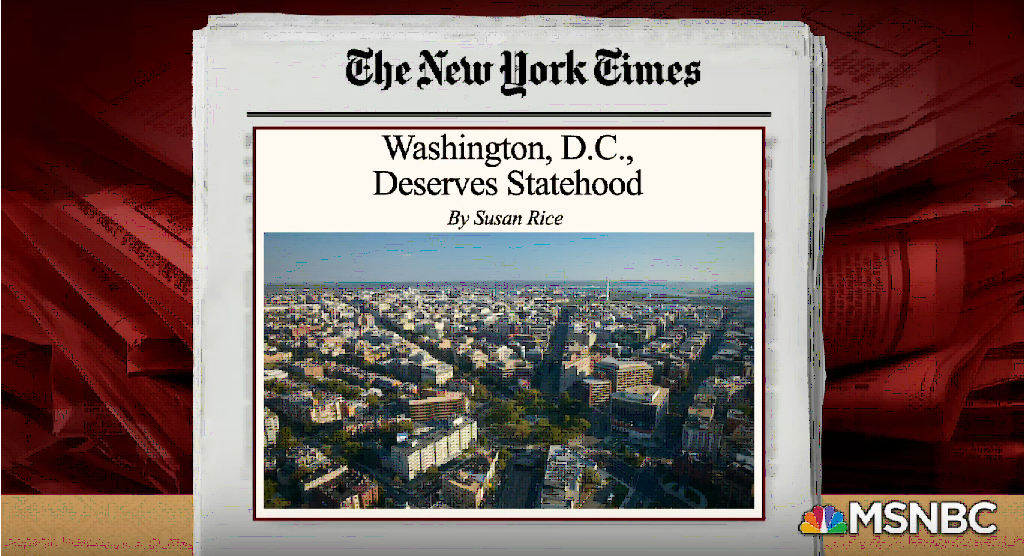 A belated Happy Flag Day! Three years ago, I called for a 51st star for Puerto Rico on Flag Day. Last year, I wrote about D.C. statehood for a 51st or 52nd star on Flag Day. I was planning on observing the holiday yesterday, but as I wrote in A test with tweets, my home broadband connection went down so all I could manage on my smartphone yesterday was I haven't seen this many statues fall since the end of the Cold War. Now that my broadband connection has returned, I can post what I wanted to write yesterday, Ambassador Rice Makes The Case For D.C. Statehood | Morning Joe | MSNBC.

Former U.S. Ambassador to the UN, Susan Rice, weighs in on the White House's decision to withdraw U.S. troops from Germany and why she says D.C. deserves its statehood.

Consider this an update to Roll Call and Teen Kids News update statehood for Puerto Rico and D.C., popular topics for the past three years of Crazy Eddie's Motie News. Since I've made National Pina Colada Day the holiday to call for Puerto Rican statehood, I'm going to use Flag Day for D.C. statehood from now on until it is granted. May that be sooner rather than later.