Marching music for the Georgia and West Virginia primaries 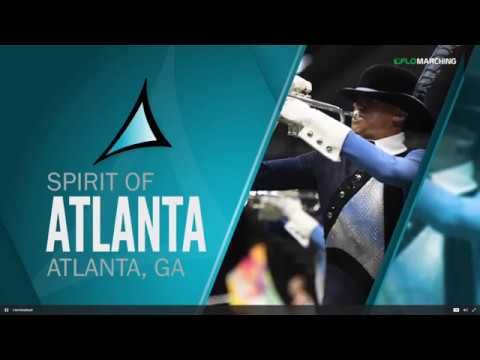 Twice now I've told my readers to "stay tuned for Marching music for the Georgia and West Virginia primaries." Both of those are today, along with non-presidential primary elections in Nevada, North Dakota, and South Carolina, and all of them have federal, state, and local offices on the ballot. Even though Joe Biden has secured enough delegates to win the Democratic nomination for President, these elections mean something. They're also a test of our democracy in the middle of nation-wide demonstrations for police accountability and the COVID-19 pandemic.

The state said 80 percent of the votes being cast are mail-in.

That clip also mentions the U.S. Senate and House contests on the ballot today in the Peach State. CBS46 in Atlanta went into more depth about the effects of the protests and pandemic in Georgia's presidential primary is tomorrow.

County Clerks' offices are being swamped with absentee ballots from people who are concerned about the health risks of in-person voting.

Despite President Trump's opposition to voting by mail, using absentee ballots is very popular in this pair of red states.

With the preview of the primaries out of the way, I present some marching music to enjoy while waiting for the results, beginning with 2017 Spirit of Atlanta - "Crossroads: We Are Here" from Drum Corps International.

The next year's edition of the corps from the Peach State was even better, so I'm sharing a unique perspective on the corps final performance of the season, Spirit of Atlanta 2018 "Knock" - Xylo/Glock Semi Final's Cam - Chris Goulet.

GoPro recording of Chris Goulet, Xylo/Glock for Spirit of Atlanta 2018, taken at DCI Semi-Final's on August 10, 2018.

Georgia also has an all-age corps, CorpsVets. Watch their 2017 program.

2nd place - 96.63
Follow over the jump for the marching bands from Georgia and West Virginia that participated in the Rose Parade.

Georgia has sent a surprisingly high number of bands to the Rose Parade, so I'm also featuring some of them that Music213 has recorded, beginning with the UGA Redcoat Marching Band - 2018 Pasadena Rose Parade.

Sorry, no field show, as they didn't appear at BandFest.

Next, a band I listed in The marching bands and drum corps marching in the 2019 Rose Parade but have never shared here before, Lassiter High School Marching Trojan Band at 2019 Pasadena Bandfest.

Georgia has some great HBCU-style showbands, including the most recent of them to perform at the Rose Parade, Martin Luther King, Jr. HS - The Kings of Halftime at 2017 Pasadena Bandfest.

I'm going to be a good environmentalist by recycling.

Seeing this pair of videos reminds me of my experience growing up in southern California that it could be cold, rainy, and windy the week before the Rose Parade, but as soon as New Year's Day dawns, the skies will clear and the sun will shine. It's as if the Southland knows the cameras will be on it and it responds with "it's showtime!" It almost never fails.

From Morgantown, WV
Morgantown High School Red & Blue Marching Band performing at the 33rd Annual Pasadena Tournament of Roses Bandfest on Sunday December 30th 2012. In this band's 80 year history, there has only been six band directors. Current director, Keith Reed, has been leading this group the past 33 years (and counting). The head majorette wears gold lamé with white fringe and a full Native American headdress.

The weather was actually slightly worse for the Rose Parade than for BandFest, but at least it wasn't raining. The charm still held.

That's it for today's marching music for a primary election. I plan on posting the next one of these on June 23, 2020 for the Kentucky and New York primaries. Stay tuned.