To observe today's national day, I'm going to do for Pence what I did for the Democratic Vice Presidential contenders, examine his ideology through Voteview and On The Issues. First, Pence at Voteview. 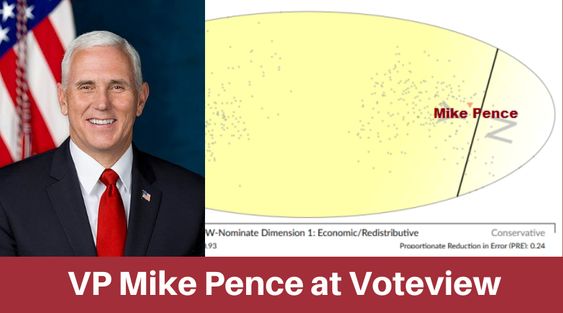 Pence served in the U.S. House of Representatives from 2001 to 2013, when he became the Governor of Indiana. By the end of his final term in Congress, he had a DW-Nominate first-dimension (ideological) score of 0.655, which made him more conservative than 89% of Republicans in the U.S. House as well as 94% of all House members when he left in 2013. Even among Republicans, Pence was quite far to the right.

That's also what On The Issues shows for him. 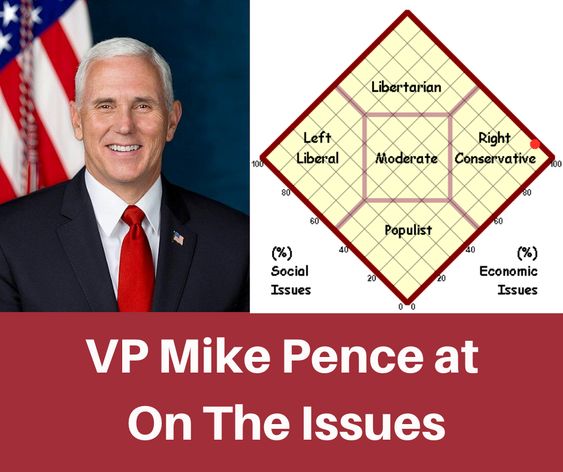 That's it for today's ideological examination of the sitting Vice President. I plan on recycling these graphics, along with those for the Democratic Vice Presidential nominee, for this year's Vice Presidential Debate. I already have the drinks for Pence. I'm just waiting for Biden to choose to select the beverages for his running mate.

That's it for Veep Day. Tomorrow, I plan on continuing my coverage of the Emmy Awards with nominations of shows about animals and nature for World Lion Day. The irony is that the number one show nominated in this category is "Tiger King." Oh, well, I missed World Tiger Day on July 29th again, so tomorrow I'll make up for it. Stay tuned.
Posted by Pinku-Sensei at 11:44 AM