National Day Calendar informs me that today is National Veep Day, the anniversary of August 9, 1974, when "Vice President Gerald Ford became President of the United States upon the resignation of President Richard Nixon."  It's a day "designated to give recognition to the succession plan of the President of the United States."  If I had known about this last year, I might have written about the HBO comedy "Veep" and its Emmy nominations.  Unfortunately, "Veep" isn't eligible this year, so it won't defend its five Emmy Awards.  It also means I won't write any more about the final season of "Veep," which hasn't aired yet.  Darn.

I do have the next best thing, which is Last Week Tonight with John Oliver on the actual Vice President, Mike Pence.

Two things struck me about this episode.  First, it's just as funny and incisive as the Emmy-nominated episodes about the now-dead Sinclair-Tribune merger and long-dead Warren G. Harding, the Border Patrol, and North Korea, so it could have been nominated as well.  Second, while Pence would be worse for LGTBQ Americans than Trump, which I mentioned in Trump-Pence: TP for Cornholio's bunghole, if he replaced Donald Trump as President, half of the resistance to the Administration would dry up and blow away because it's about Trump personally, not his policies.  That's because Pence is relatively boring.  That's probably why I haven't written a post focused on him since Drinking games and drinks for the Vice Presidential Debate and mentioned him on this blog since Michigan celebrates 4th of July with parades, politicians, and fireworks.  I went more than a year without writing about the Vice President!  Thanks to John Oliver for making Pence less boring and National Day Calendar for getting me to focus on him.

Finally, here is a reminder of why my label for Pence in this blog is Cornholio. 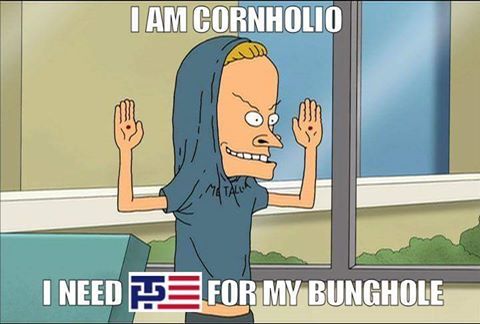 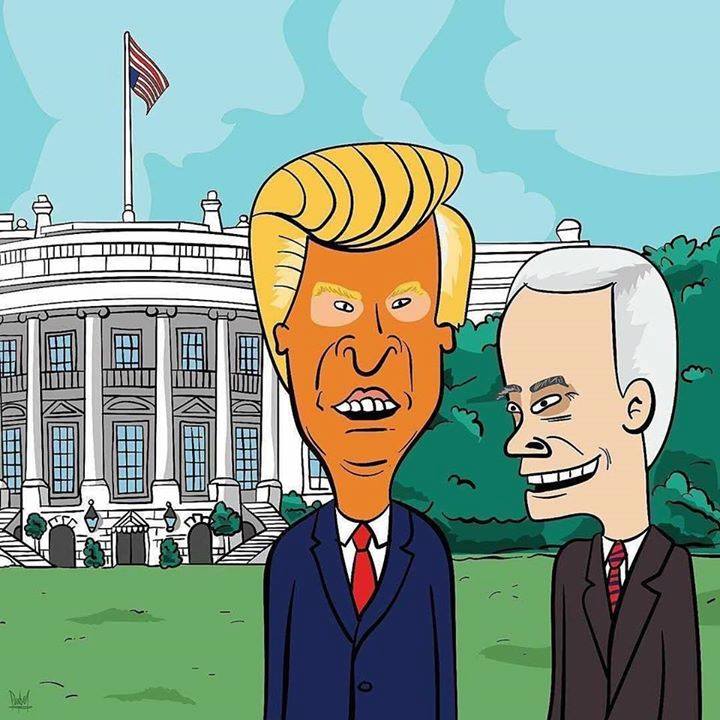