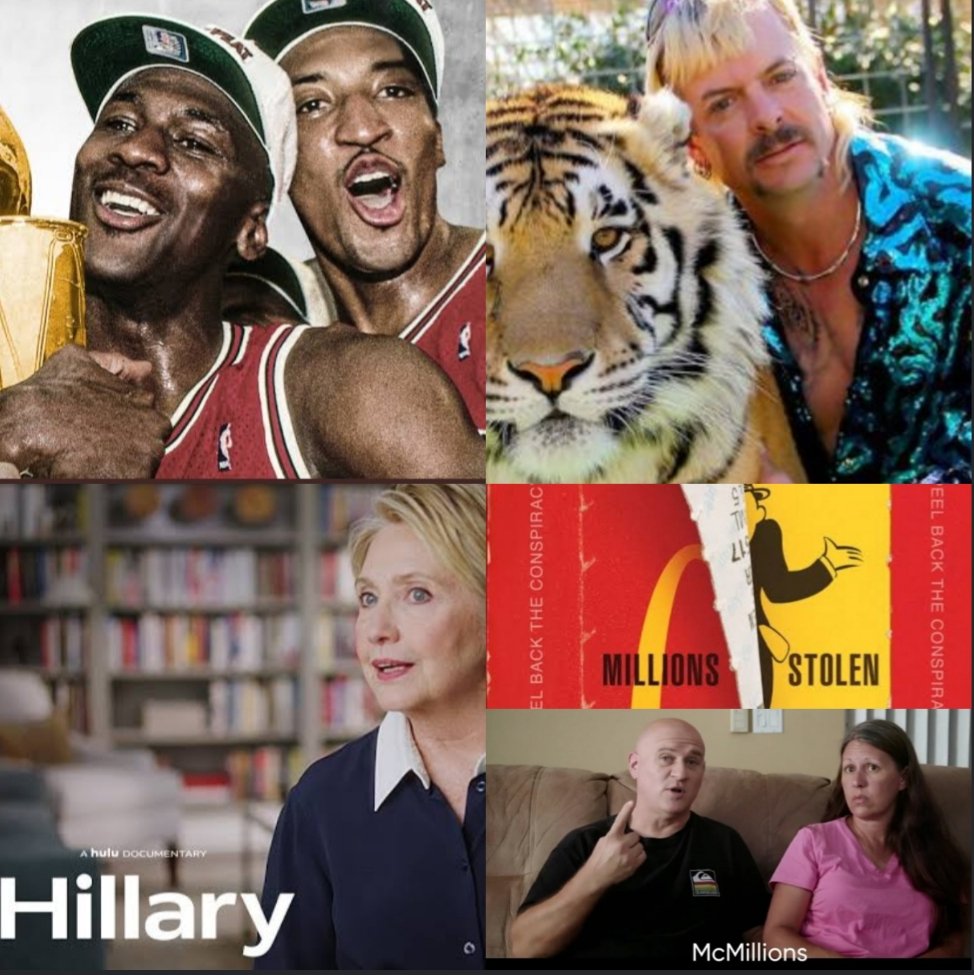 Happy World Lion Day and a belated World Tiger Day to my readers! I am celebrating both international days for big cats by fulfulling the promise I made at the end of Mike Pence at Voteview and On The Issues for National Veep Day.

Tomorrow, I plan on continuing my coverage of the Emmy Awards with nominations of shows about animals and nature for World Lion Day. The irony is that the number one show nominated in this category is "Tiger King." Oh, well, I missed World Tiger Day on July 29th again, so tomorrow I'll make up for it. Stay tuned.

With that, I am sharing the Emmy nominations for "Tiger King" today along with the series' major competitors from the 72nd Primetime Creative Arts Emmy Awards on Wikipedia. 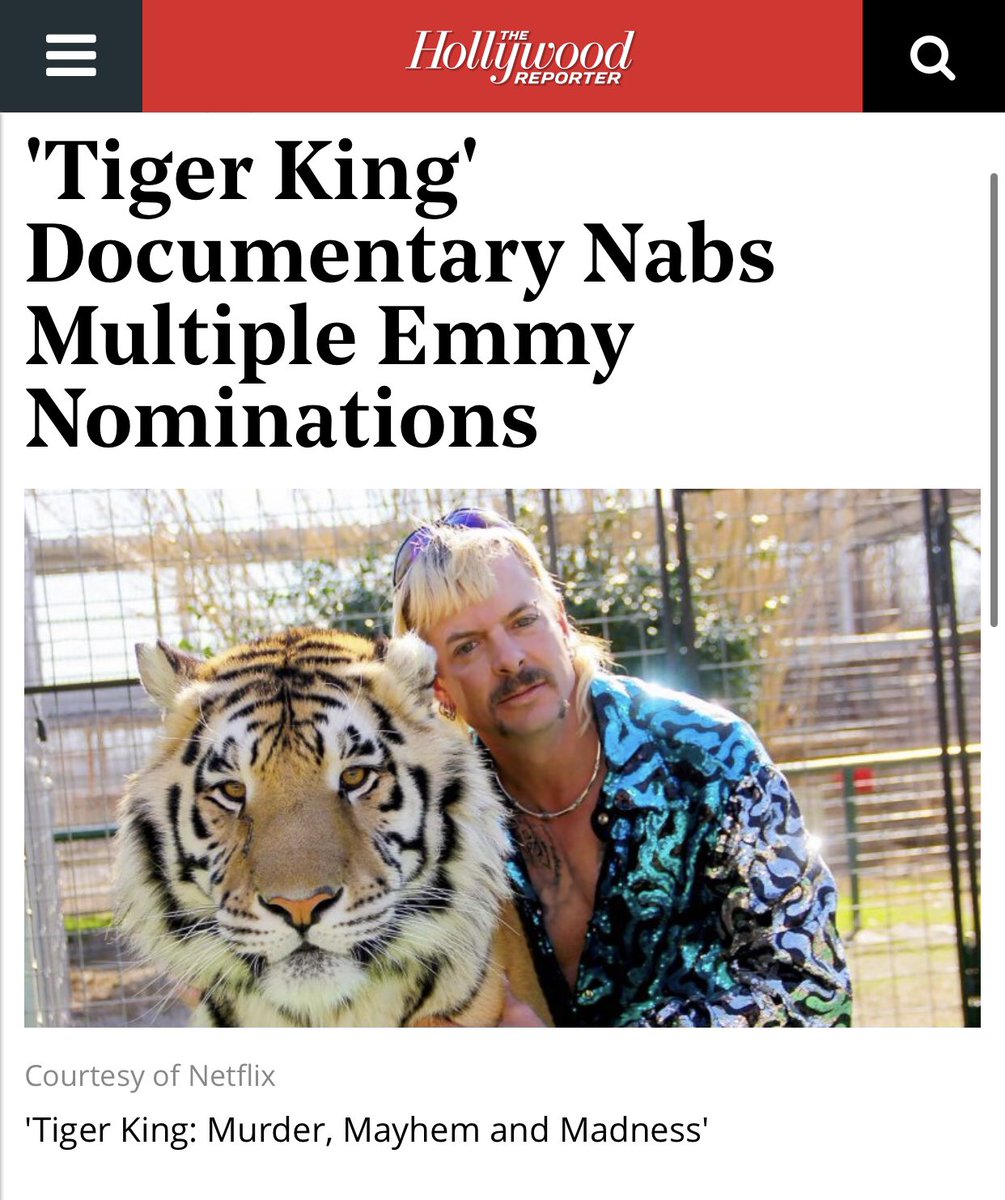 "Tiger King" may be the last show listed alphabetically, but it's the first in terms of nominations with six. Moving up the list is the next most nominated series, "McMillion$" with five nominations. Continuing to the head of the alphabet, "The Last Dance" has three nominations, while "Hillary" and "American Masters" each have one.

In addition to the true crime angle shared by "Tiger King" and "McMillion$," the two shows also explore politics and government in their own ways. Joe Exotic ran for the Libertarian nomination for Governor of Oklahoma in 2018. He came in last, proving that some candidates are too weird even for the Libertarians. The stars of "McMillion$" are the FBI agents who cracked the case and the FBI, like all law enforcement, are part of the government. Finally, "Hillary" is about the life and career of Hillary Clinton, First Lady, U.S. Senator, and Democratic nominee for President, so it's definitely about politics and government. Meanwhile, "The Last Dance" is about sports, namely Michael Jordan and the Chicago Bulls, and "American Masters" focuses on artists of various kinds. It's a consistent nominee, but hasn't won since 2014.

While I think "Tiger King" is the nominal favorite, both because of its lead in nominations as well as its level of cultural impact, it's not the one my wife and I have been watching, as I already mentioned in 'The Daily Show' and others review movies and series to watch while staying at home during a pandemic.

By the way, the true-crime series "Tiger King" seems to be finding its audience because of people staying home during the pandemic. I've seen tweet after tweet praising it for its entertainment value. So far, I've resisted, as I tweeted "I think my wife would have a problem with the animal cruelty. Instead, we're watching McMillion$ on HBO for our true-crime fix."

Just the same, the trailer for Tiger King: Murder, Mayhem and Madness tempts me to view the first episode.

Among the eccentrics and cult personalities in the stranger-than-fiction world of big cat owners, few stand out more than Joe Exotic, a mulleted, gun-toting polygamist and country western singer who presides over an Oklahoma roadside zoo. Charismatic but misguided, Joe and an unbelievable cast of characters including drug kingpins, conmen, and cult leaders all share a passion for big cats, and the status and attention their dangerous menageries garner. But things take a dark turn when Carole Baskin, an animal activist and owner of a big cat sanctuary, threatens to put them out of business, stoking a rivalry that eventually leads to Joe’s arrest for a murder-for-hire plot, and reveals a twisted tale where the only thing more dangerous than a big cat is its owner.

That looks like as spectacular a train wreck as I thought it would be. No wonder people can't look away and Redditors have made memes like this one. 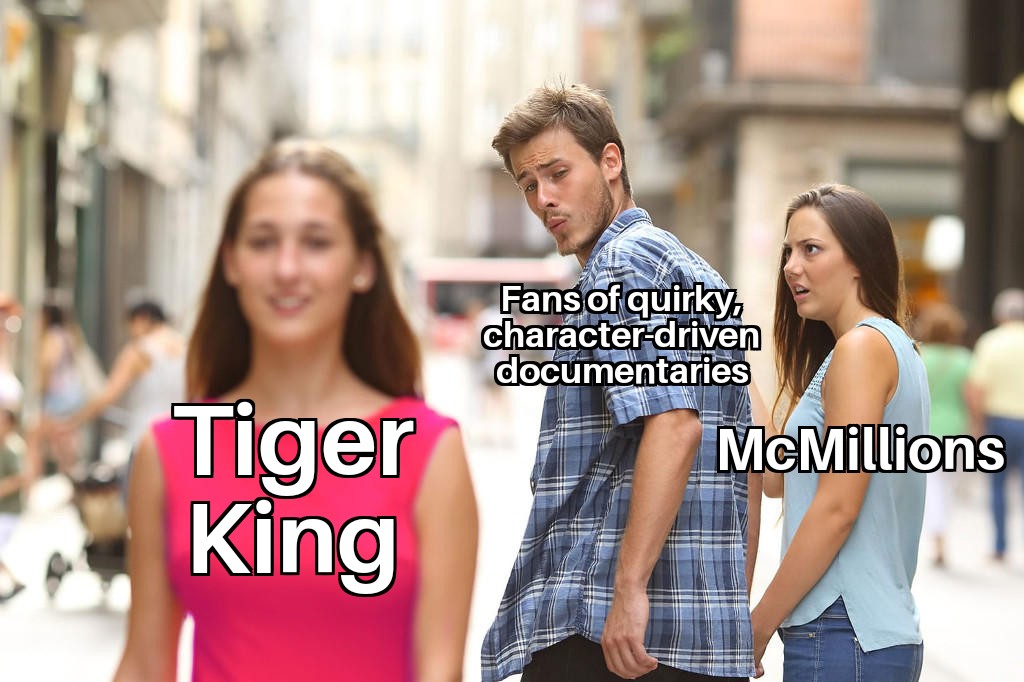 This is why I think "Tiger King" has the best chance of winning.

Follow over the jump for the rest of the nominations for "Tiger King" and "McMillion$." 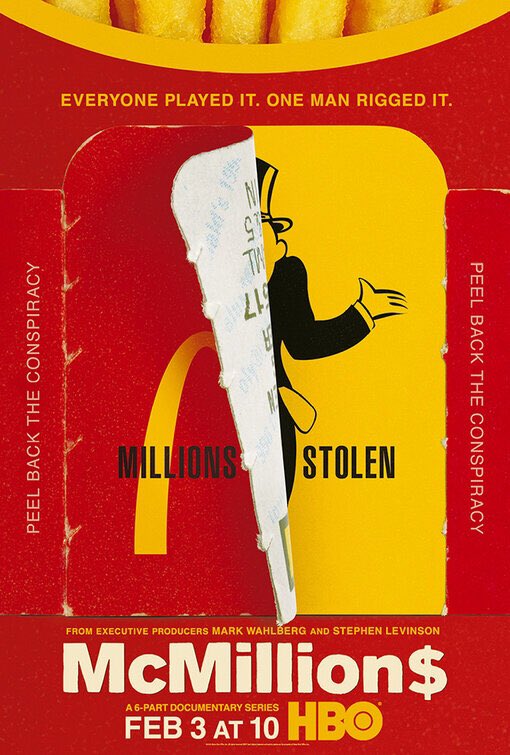 With that out of the way, it's time to watch McMILLIONS (2020) Official Trailer | HBO.

MCMILLIONS - This documentary series chronicles the stranger-than-fiction story of an ex-cop turned security auditor who rigged the McDonald’s Monopoly game promotion for a decade, stealing millions of dollars and building a vast network of co-conspirators across the U.S. The series draws on exclusive firsthand accounts and archival footage, featuring: the FBI agents who brought down the gaming scam; McDonald’s corporate executives, who were themselves defrauded; the lawyers who tried the case; and the culprits and prizewinners who profited from the complicated scheme, as well as the individuals who were often unwittingly duped into being a part of the ruse. The series comes from Unrealistic Ideas, the non-scripted production company launched by Mark Wahlberg, Stephen Levinson, Archie Gips. Directed by James Lee Hernandez and Brian Lazarte.

I highly recommend the series. It's as entertaining and engrossing as it is informative. 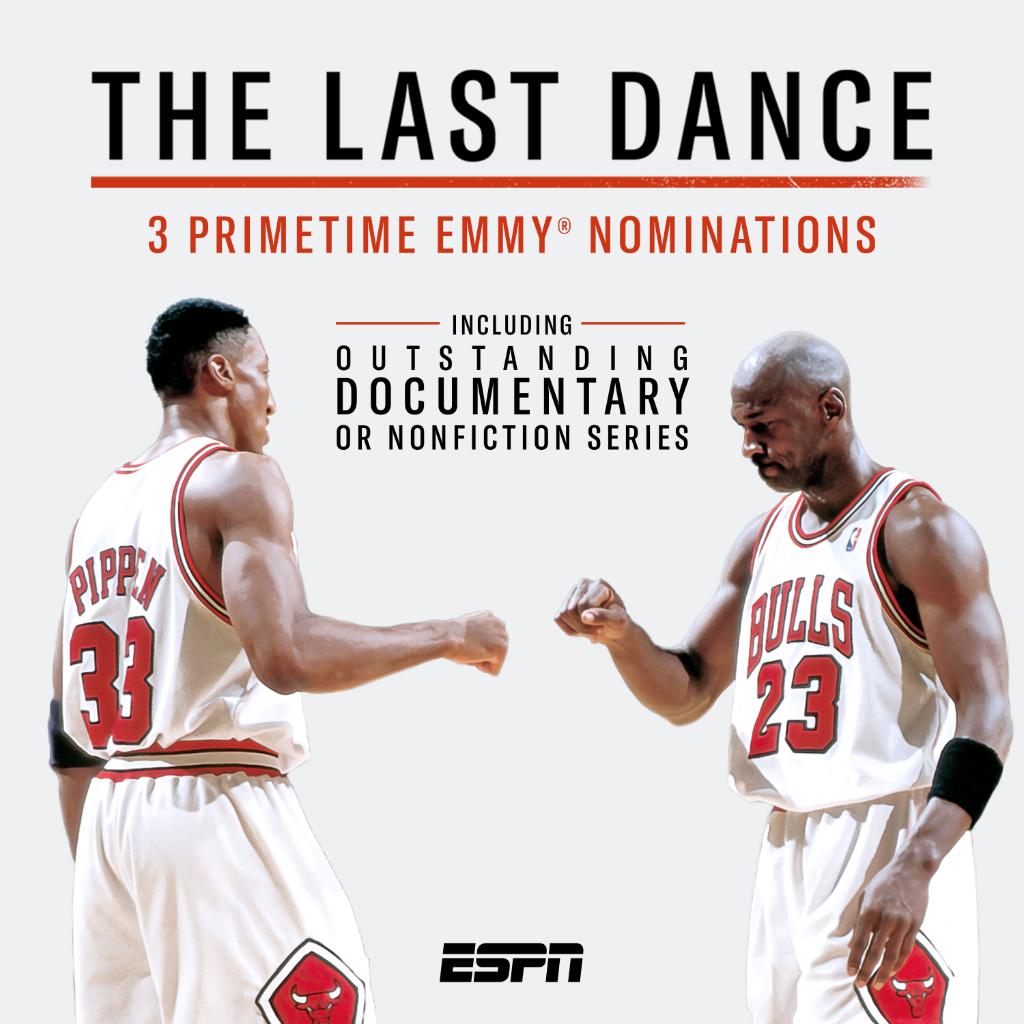 Now watch the Netflix trailer for The Last Dance.

Every moment. Every icon. Every Win.

The series, directed by Jason Hehir (The Fab Five, The ’85 Bears, Andre the Giant), chronicles Michael Jordan and the Chicago Bulls’ quest for a sixth NBA Championship in 1998.

In the fall of 1997, Michael Jordan and the Chicago Bulls began their quest to win a sixth NBA title in eight years. But despite all Jordan had achieved since his sensational debut 13 years earlier, “The Last Dance,” as coach Phil Jackson called it, would be shadowed by tension with the club’s front office and the overwhelming sense that this was the last time the world would ever see the greatest player of all time, and his extraordinary teammates, in full flight.

The Last Dance is a Netflix and ESPN co-production, produced by Mandalay Sports Media in association with NBA Entertainment and Jump 23.

While I'm not optimistic about the chances of "The Last Dance" winning an Emmy, I can at least say its subjects are inspiring instead of criminal, although the FBI agents in "McMillion$" come close.

Normally, I'd go with the most famous composer, who is Mark Mothersbaugh for "Tiger King" except that Laura Karpman also has a nomination for Outstanding Original Main Title Theme Music, so I think she's the favorite. I'll embed the main title theme music at the end of this entry.

Now for the final category in which "Tiger King," "McMillion$," and "The Last Dance" are all competing against each other.

Speaking of "Beastie Boys Story," it's contending with "Tiger King" in both of the final two categories.

Speaking of music, here is Laura Karpman - Why We Hate (Why We Hate), a nominee for Outstanding Original Main Title Theme Music.

Why We Hate is six-part documentary television series which is an "exploration into the human condition of hatred and how we can overcome it."

I'll eventually post all of the nominees by the time I finish this series. Stay tuned.

Previous posts about the 2020 Primetime and Creative Arts Emmy Awards
Posted by Pinku-Sensei at 2:30 PM